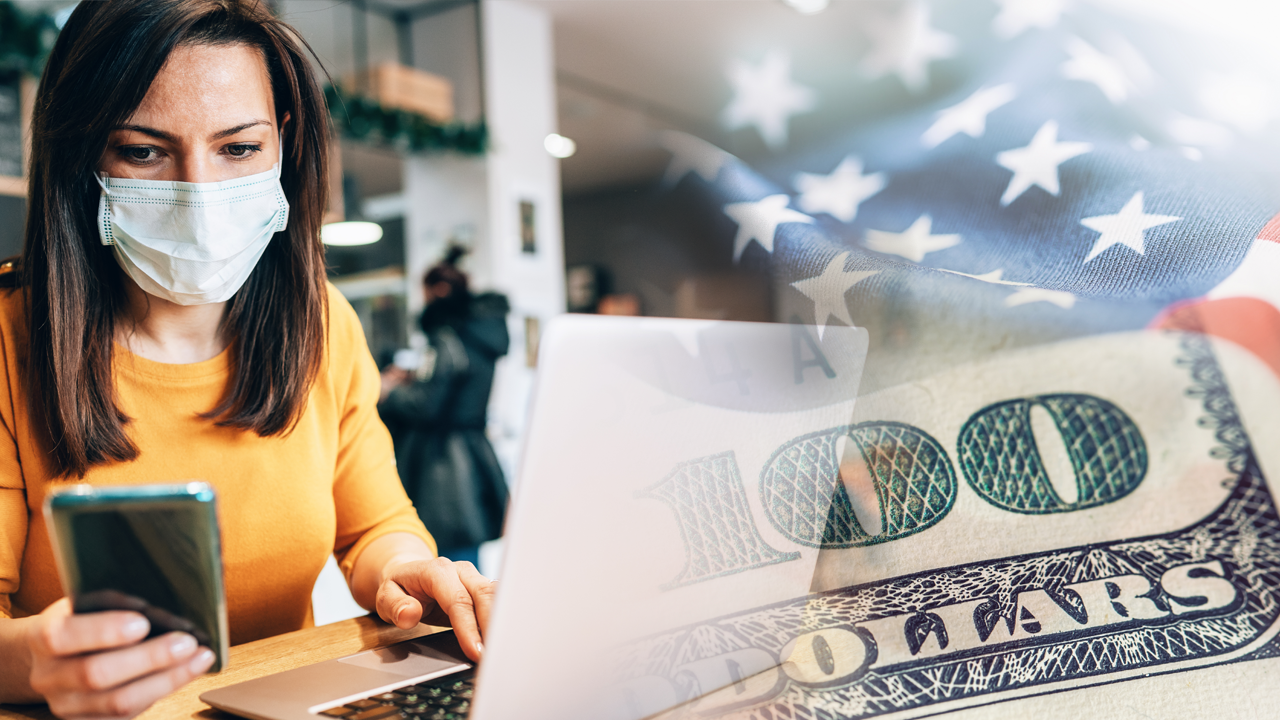 Over the past two months, we've witnessed never-before-seen disruption to the U.S. economy, labor market, and stock market, due to the spread of the coronavirus disease 2019 (COVID-19). With more than 3.2 million cases confirmed worldwide, nearly a third of which have originated in the U.S., stringent mitigation measures have been needed to curb transmission. Unfortunately, this has led to more than 30 million Americans losing their jobs.

Anticipating the staggering and abrupt economic downturn that lay ahead, Congress passed and President Trump signed the Coronavirus Aid, Relief, and Economic Security (CARES) Act into law on March 27.

HERE'S HOW WARREN BUFFETT IS TACKLING THE RETAIL INDUSTRY IN 2020

According to estimates from the Treasury Department, some 140 million households and 175 million Americans will qualify for an Economic Impact Payment, as these stimulus payouts are officially known. At their maximum, individual taxpayers can net $1,200, with married couples filing jointly taking home as much as $2,400. Qualifying dependent children under the age of 17 can also add $500 (per child) to their parent's or household's stimulus check.

Other disqualifying factors include being a dependent aged 17 and older (this includes senior dependents), being a non-citizen without a legal pathway to citizenship, and being in arrears on child support payments.

The point is, a lot of money is making its way to working Americans and seniors -- 88 million Americans have already received almost $158 billion in stimulus money -- but will it actually help them?

Economic Impact Payments are a good start, but nowhere near enough for most families

While surveys have consistently shown that stimulus money recipients plan to use their payouts to buy necessities, pay rent, mortgage, or utility bills, or bolster emergency savings accounts, one commonality among this is that $1,200 and $2,400 stimulus payouts are a start, not an end-all panacea to this historic mess.

3 SCENARIOS WHERE CLAIMING SOCIAL SECURITY EARLY IS A NO-BRAINER

According to an April 22nd Money/Morning Consult survey of 2,200 people, approximately 74% expect their check to last a month or less. This includes a combined 22% who claimed to have already spent their Economic Impact Payment, or who believe it'll last less than one week, as well as 24% who believe it'll last less than two weeks. In other words, almost half the respondents don't expect their checks to make a difference beyond the 14-day mark.

Recently, home-sales insight website Ownerly.com used data from the U.S. Census Bureau, as well as rent and bill pricing data from Zillow and Doxo.com, respectively, to determine which states would get the most and least out of their stimulus checks. For instance, the average family in Massachusetts, California, and Hawaii is only expected to be able to cover 66%, 71%, and 74% of their respective bills for one month. Meanwhile, families in Mississippi and Arkansas will see the longest runway, with the ability to cover 178% of one month's expenses. Put another way, the average family in these states can cover the expenses for perhaps 8 weeks.

The problem is that it's unlikely we see core industries such as food, travel, retail, and many more, return to normal within the next two weeks (which would mark the eighth week since nonessential business shutdowns at the state level began). That makes a second round of stimulus very much needed for many working families and single taxpayers.

Three "second stimulus" bills have been proposed in recent weeks

In the weeks following the passage of the CARES Act, three "second stimulus" bills have been proposed on Capitol Hill.

The Emergency Money for the People Act aims to provide a $2,000 monthly stimulus check to single taxpayers and $4,000 for married couples for up to one year. Introduced by Rep. Ro Khanna (D-Calif.) and Rep. Tim Ryan (D-Ohio), this proposal would allow all citizens aged 16 and up to receive the full payment, with the exception being that they earned less than $130,000 per year, or $260,000 as a married couple filing jointly. Similar to the CARES Act, qualifying families could receive an extra $500 per child, but with a cap of up to three children.

The Getting America Back to Work Act, introduced by Sen. Josh Hawley (R-Mo.), would provide for a refundable payroll tax rebate that would cover up to 80% of employer payroll costs, applicable up to the median wage. The goal with this proposal isn't to necessarily put a stimulus check in Americans' pockets, so much as allow businesses to retain their workers and restart quickly once we're beyond the COVID-19 pandemic.

There's also the Rent and Mortgage Cancellation Act, which was introduced by Rep. Ilhan Omar (D-Minn.). As the name of the bill implies, rent or mortgage payments would be canceled for a person's primary residence for one year, with no negative marks going on your credit history. A fund would be established by the Department of Housing and Urban Development to pay landlords and mortgage holders to cover the losses of tenants and lenders not paying their rent or mortgage.

But what remains to be seen is if these new proposals resonate with lawmakers. Senate Majority Leader Mitch McConnell (R-Ky.) is of the mindset that he'd like to pause on stimulus packages and see how these numerous efforts help the U.S. economy. Without McConnell on board, it would be extremely difficult to get anything done in the Senate.

However, President Trump has at least intimated that he's open to the idea of a second round of stimulus. That alone might be enough to get McConnell and the Senate on board if the labor market and U.S. economic data continue to worsen.

In short, while a second stimulus check isn't a guarantee, there's an increased likelihood that one may be in the works. We can only hope that if a second round of stimulus is passed, the money makes its way to those who need a lot faster than it has with the CARES Act.