Hunter Biden, son of Vice President Joe Biden, told Bloomberg he is stepping down from BHR, a firm backed by state-owned Chinese entities.

He also said he would abide by any guidelines Vice President Biden would institute, if he is elected president. 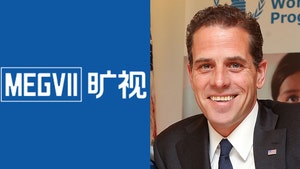 Megvii Technology, a Chinese facial-recognition software company, was added to a list of firms barred from doing business with the U.S.

“Under a Biden Administration, Hunter will readily comply with any and all guidelines or standards a President Biden may issue to address purported conflicts of interest, or the appearance of such conflicts, including any restrictions related to overseas business interests,” the statement, released by his lawyer George Mesires, said, according to Bloomberg.

Hunter Biden's board position at BHR was unpaid, Mesires said.

Trump has attacked both Bidens as he gears up for the 2020 election and accused the media of going "AWOL" on the story on Sunday.

"Where's Hunter? He has totally disappeared! Now looks like he has raided and scammed even more countries! Media is AWOL," Trump wrote on Twitter.