Supreme Court Justice Ruth Bader Ginsburg just won $1 million for her work in philosophy and culture, and she’s planning to pay it forward.

The 86-year-old justice was named as the recipient of the Berggruen Prize, honoring her pioneering efforts in gender equality and support for the rule of law.

The institute said she will be donating the money to charity.

Billionaire philanthropist Nicolas Berggruen established the Los Angeles-based institute prize in 2016 as a way to recognize people who have “profoundly shaped human self-understanding and advancement.” He's a member of The Giving Pledge, a group of the world's wealthiest people -- including Jeff Bezos' ex-wife MacKenzie -- who have "dedicated a majority of their wealth to giving back." 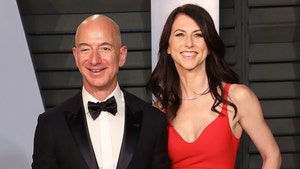 Jeff Bezos speaks out after ex-wife pledges half her fortune to charity: 'I'm proud of her'

Amazon CEO Jeff Bezos took to Twitter Tuesday to say how proud he was of MacKenzie Bezos after she announced she was donating half her $35 billion fortune to charity earlier this week.

Ginsburg has served on the highest court since 1993 and is now the oldest of the nine justices. She plans to accept the award in a December 16 ceremony at the New York Public Library.

It’s not the first time Ginsburg has donated awards to charity.

In 1996, according to financial disclosures, she gave $100,000 from an award to more than a dozen schools and civil rights organizations.

She was recently diagnosed with cancer for the fourth time after undergoing surgery last year to remove nodules found in her lungs.