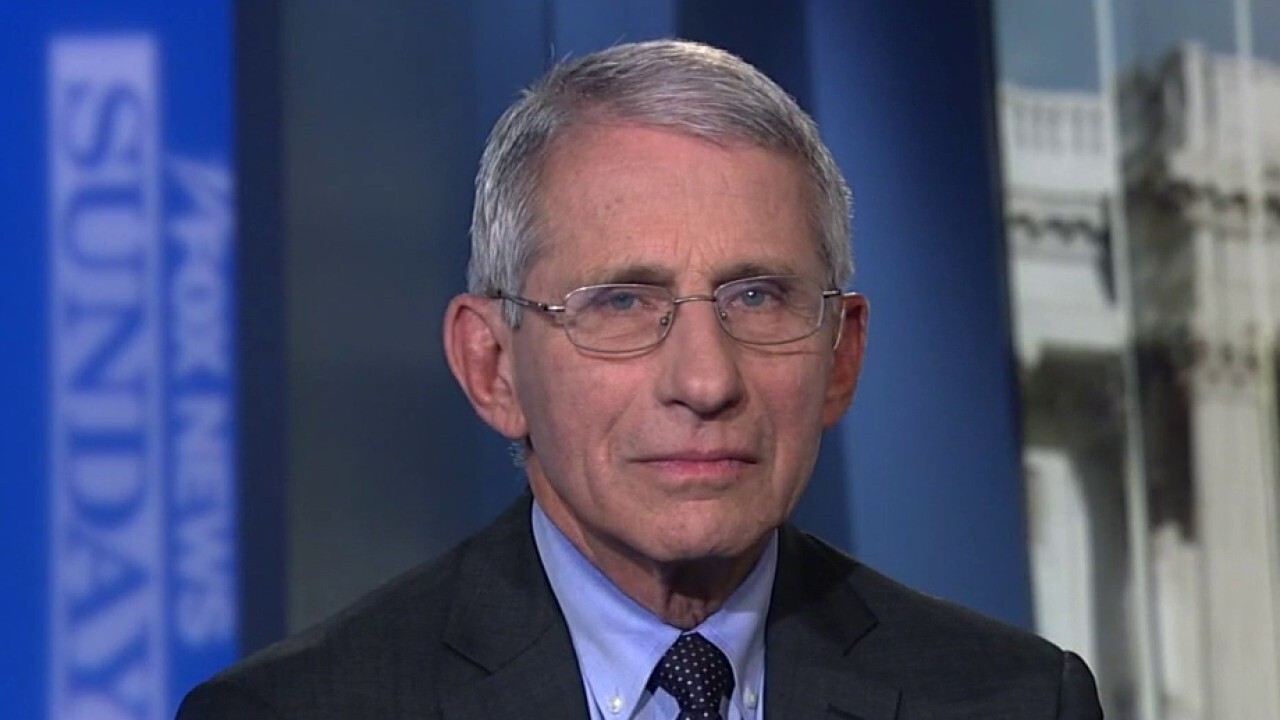 BEIJING (AP) — Riding the subway for the first time after weeks of working remotely from home, Zhuang Xue felt a sense of calm, outfitted in a blue surgical mask and protective goggles as she headed for the office.

The 29-year-old purchasing agent joined other office workers finally allowed back to their cubicles on Monday in Beijing, where virtually no new COVID-19 cases have been reported in recent days.

CORONAVIRUS MAY FORCE FED TO GIVE TRUMP MORE RATE CUTS

Authorities extended the Lunar New Year holiday that began in late January, ordering most workers in the city to stay home to help curb the spread of the virus that has infected more than 110,000 people worldwide, most of them in China.

Zhang, her goggles fogged up in the morning chill as she left the subway station, said she had been preparing for this moment for weeks, exercising at home and trying to eat as healthily as possible to strengthen her immune system. She was carrying disinfectant wipes and a personal water bottle.

Residents walk out of a subway station near the central business district in Beijing Monday. (AP Photo/Ng Han Guan)

"Everyone is pretty conscientious," Zhang said.

It's not exactly life as usual, though. Fearing a resurgence in cases, the government is taking a gradual approach.

Beijing's city government is requiring that the number of people in each office be limited to no more than 50% of usual staffing levels. Protective face masks are required, and office workers must be seated at least 1 meter (3.3 feet) apart. Workers are not supposed to face each other when eating.

Similar measures have been implemented to varying degrees across the country, as the number of new cases has dwindled.

MEMBERS OF CONGRESS IN QUARANTINE

China reported just 40 new cases of the virus on Monday. Last month, the number of new daily cases was in the thousands. A total of 58,600 people in mainland China have recovered from the disease, according to the National Health Commission, while more than 3,000 have died.

While Chinese cities experiment with slowly reviving activity, other countries are canceling public gatherings, encouraging remote work and — in the case of Italy — following China's lead with a lockdown on affected regions.

"It might be more serious now overseas," said Yang Tianxiao, a finance worker who has been back at his office for a couple of weeks.

"I think in China it's OK," Yang said. "Things are slowly returning to normal."

Chinese factories that make the world's smartphones, toys and other consumer goods are gradually reopening but aren't expected to reach normal production until at least April. Travel curbs are still in place in many areas, making it difficult for employees to get back to work.

A passenger sits under a public information display encouraging the use of mask on a subway train in Beijing Monday. (AP Photo/Ng Han Guan)

That is disrupting imports of components and raw materials from China's Asian neighbors as well as shipments from China. On Saturday, the government reported that exports fell 17% and imports were off 4% from a year earlier in January and February.

The recovery may come too late for some business owners struggling to stay afloat after restaurants and entertainment venues were ordered to close and consumers opted to avoid the risk of catching the virus by staying home.

The street food stand run by Cheng Sheng and his brother at one intersection in Beijing's usually bustling central business district used to stay open from 5 a.m. to 9 p.m. every day, selling their savory fried pancakes stuffed with egg, lettuce and sausage and covered with a sweet-and-spicy sauce. Now they close at 10 a.m., he said, since the area empties out after morning commuters have passed through.

"Our business is one-fifth of what it was before," Cheng said, halfheartedly flipping pink sausages on a grill. "We're losing money."

"The main thing is that there's much less foot traffic," he said. "There are no people."