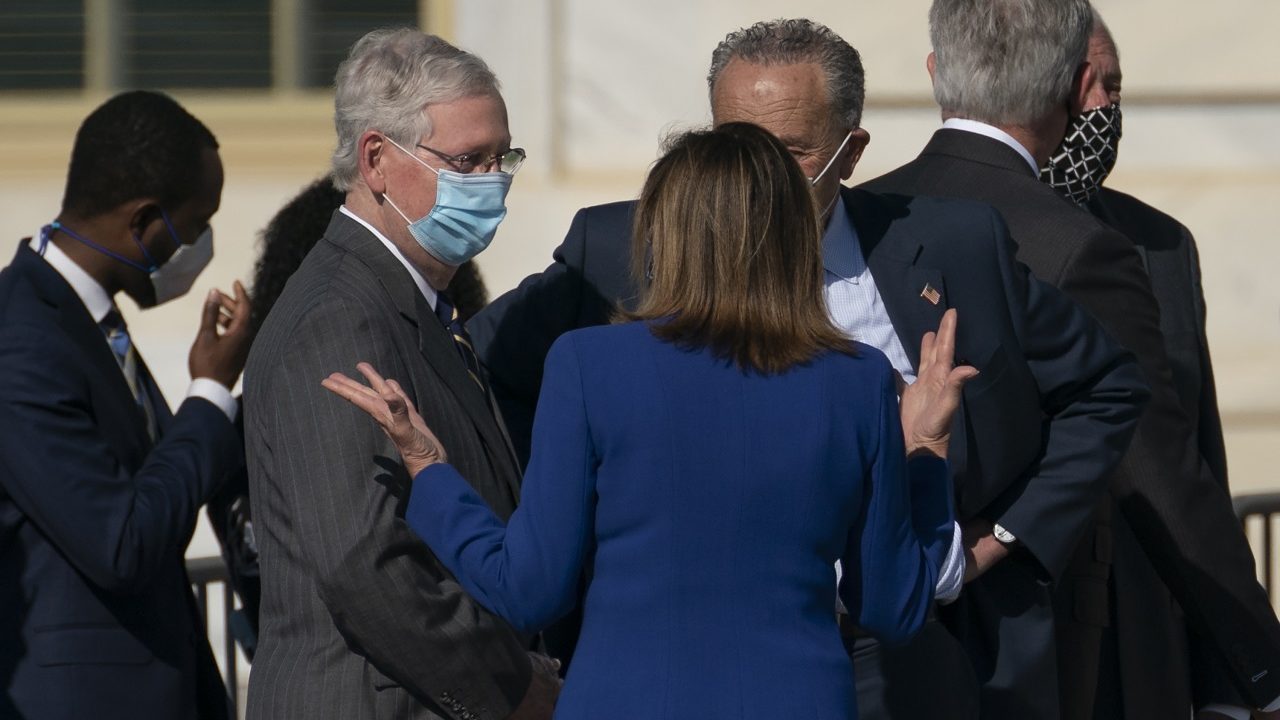 Congressional negotiations over the next round of coronavirus relief funding are at a standstill despite a sweeping agreement between Republicans and Democrats that additional aid is needed for American families and businesses still reeling from the pandemic.

The impasse in talks comes just as the supplemental $600 a week in unemployment benefits, part of the $2.2 trillion CARES Act passed in March, is set to officially expire.

It also follows a slew of ugly economic data on Thursday, which showed the nation's GDP, the broadest measure of goods and services produced in the country, plunged by 32.9 percent on an annualized basis, the largest quarterly decline since the government began publishing data 70 years ago. The number of Americans filing for unemployment benefits also rose for the second consecutive week, intensifying fears the labor market's recovery was stalling.

One main point of contention between the two sides is whether to extend the extra jobless aid or not.

Without the sweetened aid, the typical unemployment check will return to below $400 per week. It will drain roughly $15 billion per week from the economy, according to one estimate from the Century Foundation, raising fears of a "fiscal cliff" that will hurt both individual households and the economy's gradual recovery.

Republicans have proposed cutting the sweetened benefits to $200 per week until states can adopt a more complicated system that would cap the aid at 70 percent of a worker's former salary.

Democrats maintain the $600 a week boost needs to be extended through the end of the year and have made it a key sticking point in negotiations. Although some Republicans have pushed for a stopgap bill to extend unemployment aid and protections against eviction, Schumer and Pelosi have rejected the idea.

"I think the president was willing to look at doing some smaller legislative initiatives that would deal with unemployment insurance," Meadows said Thursday. "I don't sense a willingness on behalf of Democrats to do this."

The two sides have each endorsed their own bill: In May, House Democrats passed the $3.5 trillion HEROES Act, and on Monday, Senate Republicans -- delayed for days by party infighting -- unveiled the HEALS Act, estimated to cost around $1 trillion.

While there are some similarities between the two packages, they're markedly different in several key ways; the Democratic plan seeks about $1 trillion in aid for states and cities, $200 billion for rental assistance and mortgage relief and additional aid for food assistance. The more narrowly crafted Republican plan, meanwhile, emphasizes liability shields for businesses and skips financial assistance for state and local governments.

"We have to have a comprehensive full bill that again honors our heroes, the people who are doing the work, secondly, kills, slays the virus," Pelosi said.

Further complicating matters is party infighting on the GOP side over support for the HEALS Act, which is estimated to cost $1 trillion; McConnell acknowledged there are likely 20 Republican senators who are against the bill and additional federal spending as the nation's deficit skyrockets.

"Half of the Republicans are going to vote no," Sen. Lindsey Graham, R-S.C., said on Fox News over the weekend. "That's just a fact."

Senate Republicans are aiming later this afternoon to have a vote to take the $3 trillion HEROES Act and use it as a "shell" for another possible bill. Doing so would give the GOP the ability to get the bill on floor for debate; however, it would lack specific provisions. The GOP would strip the bill of all of the House components.

There's growing pressure for lawmakers to bridge the partisan gulf between the different aid packages before the House starts its scheduled recess on Aug. 3 (the Senate is expected to follow one week later). Some lawmakers have said they're open to delaying the break.