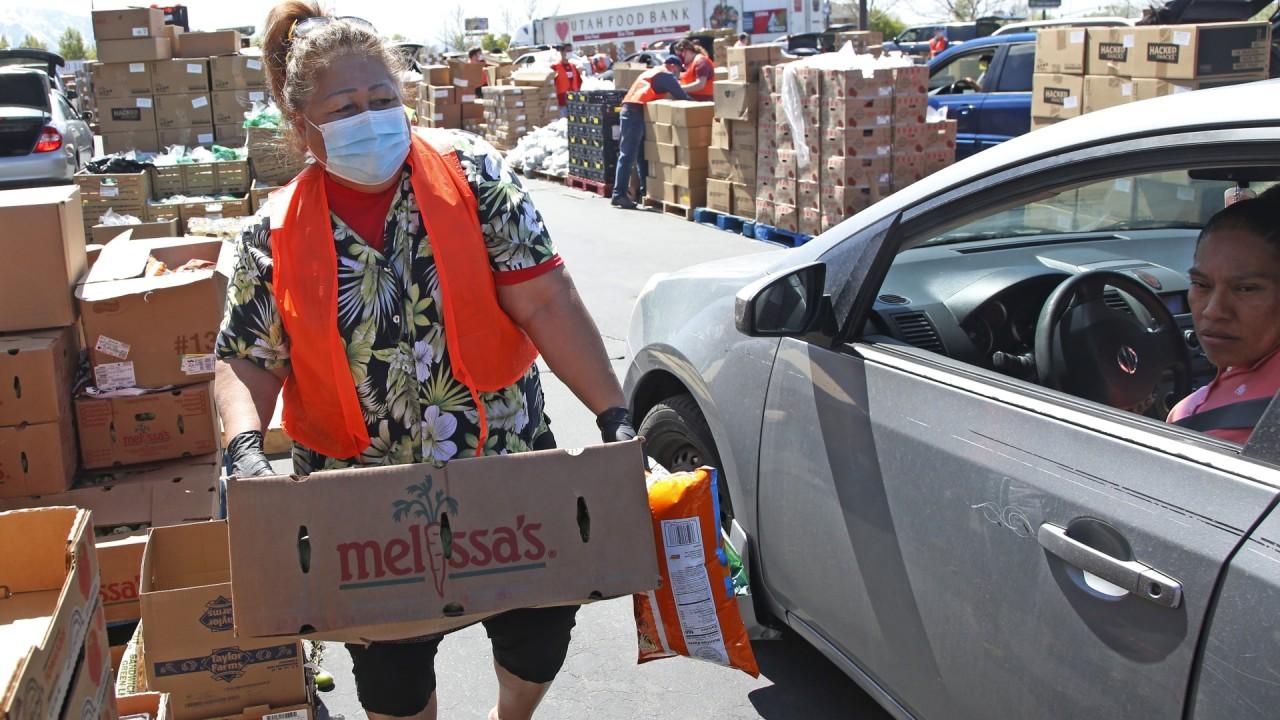 A new bill introduced by a bipartisan group of lawmakers would expand a tax break for charitable giving in an effort to encourage donations to non-profits still reeling from the coronavirus pandemic.

Introduced by Sens. Chris Coons, D-Del., and James Lankford, R-Okla., the Universal Giving Pandemic Response Act would allow taxpayers who do not itemize to get a charitable contribution deduction of up to one-third of the standard deduction for the 2019 and 2020 tax years. For individuals, the maximum deduction amount would be roughly $4,000; for married couples, it would be about $8,000.

US CHARITABLE GIVING SURGED TO RECORD-HIGH $450B LAST YEAR

"This proposal incentivizes additional giving during a time of crisis in our nation," Lankford said in a statement. "I am proud of the incredible work our bipartisan group of senators has done to help ease the federal tax burden for those who give to charities."

Surrounded by a few volunteers, a man carries food donations from St. Stephen Outreach in the Brooklyn borough of New York, on March 20, 2020. (AP Photo/Wong Maye-E)

Charities are struggling during the pandemic and subsequent economic lockdown after fundraising events were canceled.

US BILLIONAIRES GOT $434B RICHER SINCE PANDEMIC STARTED

The legislation builds upon the $2.2 trillion CARES Act signed into law at the end of March. The relief package included a charitable deduction of up to $300 that taxpayers who choose to not itemize can claim at the end of 2020.

"One in seven Americans saves their receipt for a tax deduction," Coons said. "The other six, typically of lesser means, do not. That’s unjust, and it’s ineffective. If more Americans were acknowledged for and supported in their donations, there would be more giving, period."

Under the bill, individuals who make donations this year before the July 15 filing deadline would be able to claim those deductions on their 2019 tax return. If they already filed their 2019 return, they can request to amend it in order to benefit from the changes.

U.S. charitable donations surged to $449.6 billion last year, hitting one of the highest levels on record before the coronavirus pandemic struck American workers and businesses, according to a report released by Giving USA last week.

It remains to be seen how the coronavirus pandemic affects charitable giving this year.

The 2017 Tax Cuts and Jobs Act, which substantially increased the size of the standard tax deduction, dealt another blow to charitable giving when it was signed into law. Because that deduction was so much bigger, more taxpayers opted for that option in lieu of claiming the itemized deduction for charitable contributions.