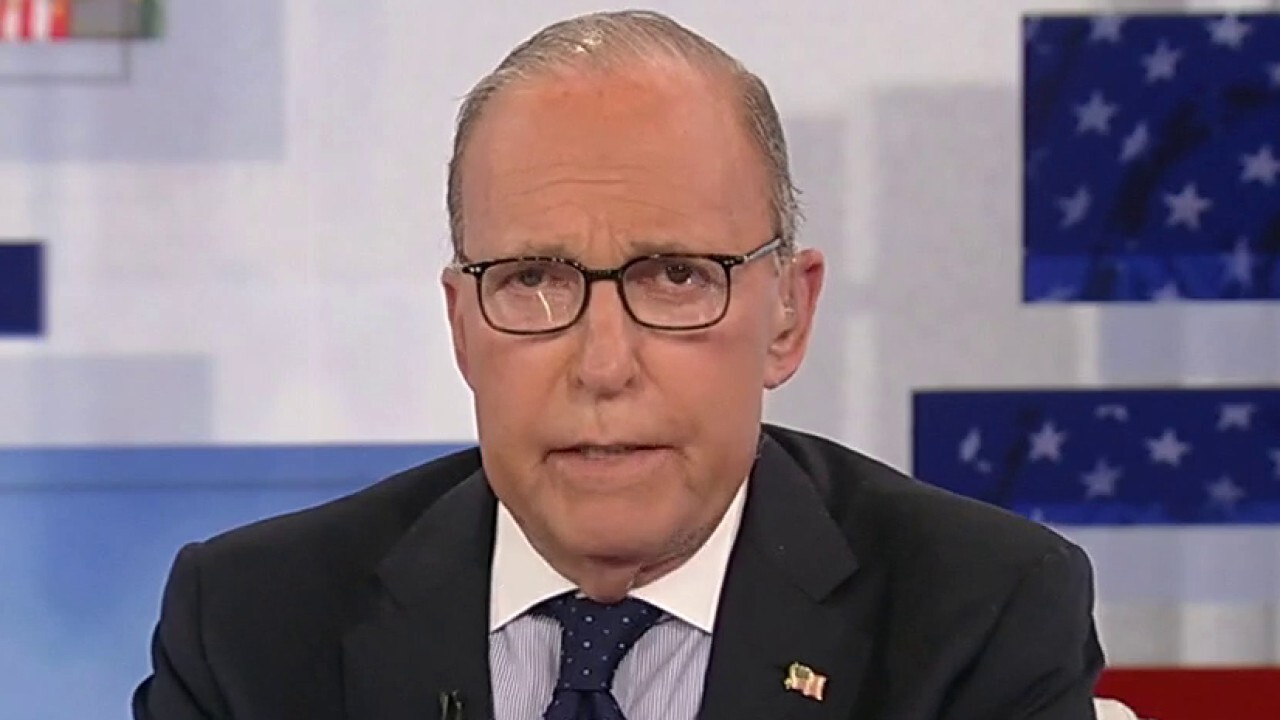 Earlier today, President Biden told us everything in his cradle-to-grave massive spending plan is paid for. Really? Are you sure Mr. president? Well, let's dig in on this one a little bit. First up, the size of the spending plan, it's not $3.5 trillion.

When the gimmicks are taken out and it's scored by the CBO on a 10-year basis, it's going to be at least $4.5-5 trillion and maybe even higher than that. So, we'll begin there.

Second point, the Joint Tax Committee, which is the official revenue scorecard, has priced out the Ways and Means markup as producing $2 trillion in revenue. So, that's a pretty big spread between the bid, which I’ll call $5 trillion and the offer which the JTC calls $2 trillion.

Right there the president should have a problem and shouldn't be telling everyone everything's going to be paid for because they're not even close. Interestingly, the University of Pennsylvania Wharton model shows $2.4 trillion again way below spending.

My favorite model is the dynamic scoring from the Tax Foundation which takes into account the economic damage that major tax hikes and anti-work entitlements will inflict on the economy.

They are estimating a sizable decline in GDP, workforce wages and jobs. So, on balance, they expect only a $1 trillion revenue gain, which is a very long stone's throw from $5 trillion in spending.

I’ll just make one more quick point here: one of the big pay-fors in the 2,500-page House reconciliation bill is $700 billion in so-called savings from drug price controls and related issues. They will never see anything close to that kind of money.

I’m not even sure any of that's even going to get into the final reconciliation package because Americans don't want socialized medicine and then there are hundreds of billions from so-called IRS tax cheats, which are perennial plug-in budget estimates to offset spending. This too will never happen.

Then, of course, the president threw in a little class warfare in his press conference today, telling us again for the umpteenth time, the rich don't pay their fair share. I refer to this as "the big lie."

It's completely fact-free, but he keeps repeating it, thereby using an old totalitarian propaganda approach. Did someone say facts? Well, once again, I’ll repeat from the IRS data that the top 1% pay 40% of all the income taxes. Meanwhile, the bottom two quintiles, or 40% actually have a negative income tax rate.

In other words, they get more in benefits than they pay in taxes, and actually, the whole bottom half of income taxpayers basically don't pay any taxes at all.

Sorry, Mr. President, I know you're a class warrior and you really want to go after those horrible wealthy people and you're dying to punish success and push your big government socialism program, but you're only problem is there are no facts to back up your assertion. I get that that may not matter to you, but just saying.

Another point the president made this morning is how popular his program is. He said every element of my economic plan is overwhelmingly popular. You think? Actually, polls are telling us a different story right now.

Your overall approval rating is down toward 40%. It's a big drop of roughly 20 points in just a few months, which is not an easy thing to do.

I just saw a poll this morning that said if the election were today, President Trump would beat you— just saying.

HOUSE DEMS TO VOTE ON INFRASTRUCTURE, RECONCILIATION BILLS NEXT WEEK

However, regarding your economics, the most recent Fox News poll shows the number one problem issue in America is with an 82% rating is inflation.

Now, if you run your thumb down the page, you'll see Afghanistan, amnesty and immigration, COVID. However, I’m not finding massive spending, entitlement welfare dependency—nor am I finding big tax hikes.

Remember when you told us that a month or so ago? That is not working out for you. I know Americans are generous people and we've already spent about $6 trillion in pandemic relief money, but spending another $6 trillion from here, well, sir, I don't really think it's catching on.

As for your tax hikes on those terrible companies and equally bad investors, you've managed to generate a strong coalition against you.

The really blue-chip big boys, known as the Business Roundtable is now firmly aligned with the small business NFIB and even the Chamber of Commerce which gave all kinds of money to many of your democratic supporters—even they're against you.

So, I know popularity may be in the eyes of the beholder, but I’m not beholding much popularity with your program.

I still think Joe Manchin has it right with his strategic pause all the way into next year. He wants to take a closer look at the spending and inflation story and he's not near as much of a taxer as you and Bernie sanders are and I dare say, Manchin's position is becoming more and more popular while your position is weakening.

That's one reason the stock market has held up so well. Maybe you won't eviscerate all their profits with your tax hikes after all and finally, a bunch of smart Republican senators have introduced a new bill called: 'No Hearing, No Vote.'

They're actually reprising a bill first brought by Senator Chuck Schumer back in 2017. All they want is some public hearings to thoroughly discuss all the potential consequences of your massive spending spree. The term is regular order and it's a lost art, but a very good idea.

In fact folks, we have one of the ringleaders of the ‘No Hearing, No Vote’ bill as our top guest this evening, Senator Rick Scott of Florida, who is the chairman of the National Republican Senatorial Committee and he's looking forward to next year.

So, I’ll conclude this riff by saying: Save America. Kill the bill.

This article is adapted from Larry Kudlow's opening commentary on the September 24, 2021 edition of "Kudlow."