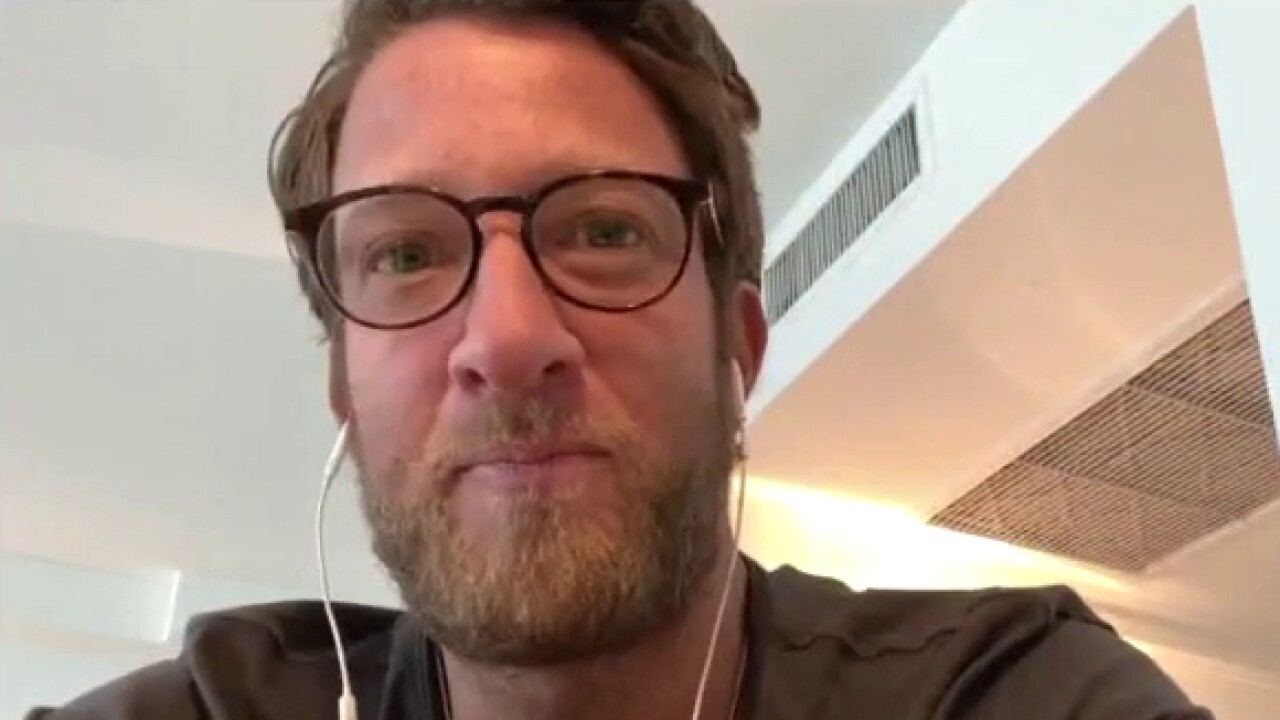 Portnoy had previously called Tenev a "rat" and a "liar" and suggested that folks from Robinhood "have to go to jail" after the stock trading company blocked stock purchases of GameStop and other companies whose stock market value surged with the help of organized Reddit users.

However, despite the public hostility, Tenev accepted an invitation for a livesteam debate with his most prominent critic.

"That's what I hear," Tenev chuckled. "But look, I'm glad to be on your show and hopefully we can get into it and answer a lot of these questions."

Portnoy grilled Tenev on whether or not Robinhood's actions were based on a "liquidity issue," playing him remarks he told CNBC denying that liquidity concerns were involved while telling Congress about the $3 billion that was raised during the ordeal.

Tenev rejected the notion, arguing that taking either position Portnoy proposed about liquidity would be "overselling and underselling" the issue since it's really a "systemic issue."

"So if you had the $3 billion sitting in the bank, would you have still acted the same way?" Portnoy asked.

Tenev responded by saying it's hard to speculate with hypotheticals but did acknowledge that if Robinhood didn't take any action the company would have "likely" faced a liquidity issue "in the future."

"We had to act to protect our firm and our customers because if the firm can't continue to service our customers, that's a much worse situation," Tenev explained.

"So why didn't you say that clearly?" Portnoy pushed back.

Tenev acknowledged that he "could have been more clear" during short-form TV interviews and that he was "running on fumes" during the ordeal.

Portnoy then pointed to Tenev's congressional testimony, telling the Robinhood CEO that House Financial Services Committee Chairwoman Maxine Waters, D-Calif., "chewed you up" and "made you look like that you were just afraid of answer questions."

"It sounded like you were lawyering up," Portnoy said.

After conceding that Tenev's liquidity concerns were a "fair point," Portnoy argued, "But the way you acted, and I think this is the biggest problem... Robinhood clearly- their marketing, everything about them, 'we're democratizing trading, we're for the retail trader,' that's the branding of Robinhood and it clearly worked... Knowing that, when you force people to sell, you only allow them to sell but they can't buy, you cratered the stock," insisting Robinhood should have just frozen its trading and instead "manipulated" GameStop's stock price.

"Look, I get it," Tenev said. "We didn't want to do this. We had to act very quickly to make sure that this didn't become a bigger problem. Everything Robinhood stands for letting people trade and giving people access and raised the capital [inaudible] as fast as we could."

Tenev vowed to Portnoy that he will do everything he can to make sure "we don't see this happen again."

"I think there's a lot of things we could improve on, but I'm proud of the way the team handled the crisis by inlarge," Tenev said.

"How could that be possible?" Portnoy pushed back. "You guys are billed as a firm to retail traders and you screwed them over! I mean, you protected the firm and that's what you did... but everything that you built up as this image of catering... if you wanted to protect the customers, you wouldn't have stopped buying. That decision basically had to crater the price and left a ton of your customers holding the bag."

Tenev firmly denied that there was any "collusion" between Robinhood and the hedge funds, accusing Portnoy of being "wrong" for "perpetuating misinformation."

"We support the little guy, we're all about that," Tenev said.

"You did something and gave a huge advantage to the big guy. That is the exact opposite of helping the little guy. You killed the little guy," Portnoy pushed back.

Portnoy later reiterated his prediction that Robinhood "could not come back" from this ordeal because if there's another major incident, "you won't have my back."

Tenev expressed optimism that "systemic change" is coming to resolve the current problems told Portnoy "you have my word" that Robinhood will "keep getting better and better."

The Barstool Sports founder closed the exchange by telling Tenev, "I'm not going to say good luck because I'm not wishing you good luck. But I appreciate you coming on.