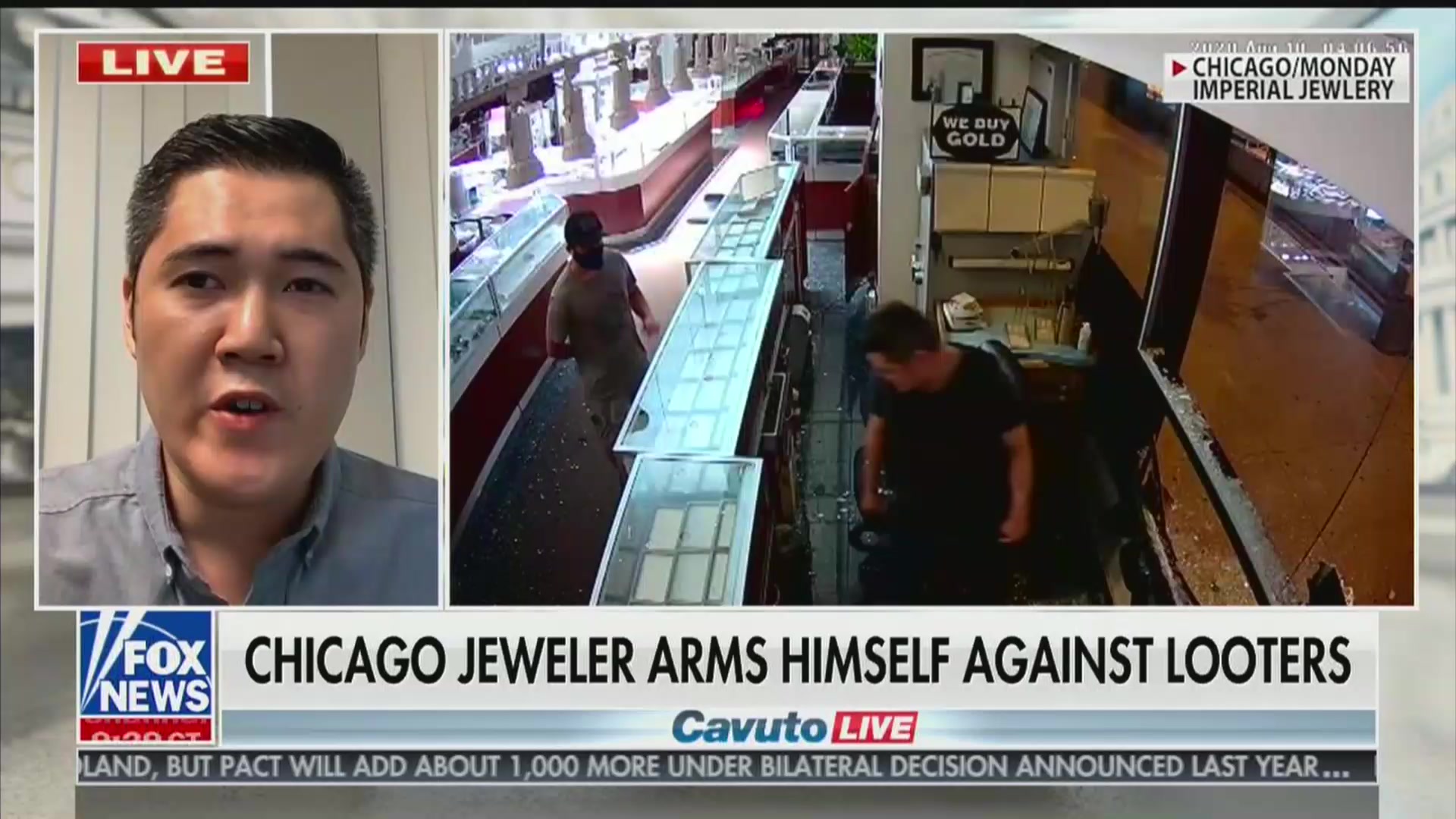 A Chicago jeweler who's had his store targeted by looters twice in recent months said Saturday that more police are urgently needed.

Terry Te, owner of Imperial Jewelry on Wabash Avenue, armed himself with a gun and bulletproof vest earlier this week, telling looters to stay out because all the jewelry was locked in a safe.

IN CHICAGO, FEDERAL AGENTS HIT THE STREETS AS HOMICIDES SPIKE

"After the first round of looting back in May, they destroyed our building," Te said on "Cavuto Live." "So this time, I just wanted to stop as much destruction as possible and decided to come down right away after I heard the alarm ring."

He added: "There’s so many looters from everywhere."

The Trump administration has called for a surge of hundreds of federal officers in the Windy City after an increase in violent crime.

Part of the plan being discussed by Mayor Lori Lightfoot and state officials is to coordinate with the Cook County Sheriff's Office, state police and the FBI.

"With more law enforcement in the area, we feel safer, so walking around and having our customers come down, we do feel safer with just having more police presence, having more security, because it stops the looters from even thinking about it," Te told host Neil Cavuto.

Cavuto hailed Te as a "tough guy," but the businessman said he fears for his safety if the looting continues.