The boards of CBS Corp. and Viacom Inc. are scrambling to complete the final details on their long-awaited merger in time for a Monday announcement, according to sources close to the matter. A deal may be announced after the close of trading.

Those sources tell FOX Business the boards of both companies worked over the weekend to address remaining issues before a completed merger can be announced including price, details of the new management structure and the name of the combined company. People close to the matter say at least for the interim, the new company would either be called CBS-Viacom or Viacom-CBS as executives study various branding strategies.

Given the complex nature of the merger, it is still possible an announcement could get pushed beyond Monday, these people say. In addition, a possible last-minute hitch could upend negotiations. But people close to the negotiations say that outcome is unlikely, and board members, eager to end the five-month-long negotiations and take a summer vacation, are looking to complete the transaction in the coming days.

The deal would be a milestone for the holding company that controls CBS and Viacom, National Amusements, Inc. led by the Redstone family and run Shari Redstone, the daughter of ailing media mogul Sumner Redstone. While Viacom and CBS are separate companies that were spun out of National Amusements in 2006, Shari Redstone has been seeking to reunite them since 2016. As the media landscape has converged and cord-cutting has sliced television audience share, she has sought to combine the entities to achieve synergies that according to some media watchers would make it easier to unload the properties in the future.

Press officials for CBS and Viacom declined to comment.

CBS, Viacom bring in bankers as merger talks on terms, management advance
Shari Redstone poised to be queen of all media if CBS-Viacom merge

The combined CBS-Viacom would have a combined market value of around $30 billion. A key hurdle to completing the transaction will be the so-called exchange ratio--or how much shareholders of both companies will be compensated in the new company shares. That ratio should reflect the fact that technically CBS, with a market capitalization of $18 billion, will be taking over Viacom, with a market value of $12 billion.

But both companies have been working to make the deal look like a merger of equals particularly, as Fox Business was first to report, Viacom CEO Robert Bakish is expected to become the new entity's CEO, people close to the transaction add.

Bakish was considered a natural fit for the job given his long relationship with Shari Redstone and his own positive record in turning around Viacom since the ousting of Philippe Dauman in 2016.

Meanwhile, of the two companies, Viacom’s content of brands like MTV and Nickelodeon was considered less established, compared to CBS’ storied lineup of sports and news programming. However, once Bakish invested in content and digital growth, he shored up Viacom’s finances and created a new long-term strategy that has met with success including better-than-expected second quarter earnings, announced Thursday.

Still, board members are looking to figure out a way to keep CBS chief Joseph Ianniello at the company beyond the end of his contract date in January 2020, people close to the talks say.

Ianniello is considered a savvy corporate executive, and board members would reportedly like to extend his contract to secure a stronger management team for the company. 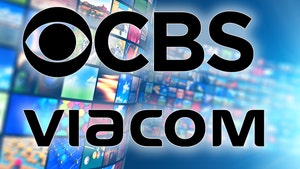 If and when a deal is reached, it would also be considered a significant victory for Shari Redstone--one that would allow her to put her mark on the media empire that her father created. The merger had been resisted by former CBS CEO Les Moonves, then one of the most powerful media executives in the business, and even resulted in a court settlement that would delay any merger of CBS and Viacom for years.

But with Moonves ousted in 2018 over sexual harassment allegations and Shari Redstone slowly selecting new CBS board members in line with her goals, the deal talks reignited in March, as first reported by FOX Business.

Once the deal is done, questions linger about the new entity’s future. Shari Redstone has said she’d like to expand the media empire, with people close to her suggesting she may look to acquire Discovery, Inc. given its content that could fit without overlap such as HGTV and the Food Network.

But others say Shari Redstone’s ultimate goal is to sell a built-out CBS-Viacom to a tech company with deep pockets - like Amazon or Apple. The new company, despite its top-branded content, is a smallish player in the media landscape. AT&T, which owns Warner Media, formerly known as Time Warner, has a market value of $251 billion; Comcast, which owns NBC Universal, is valued at $400 billion.

CBS-Viacom's likely $30 billion market value makes it an easy target for cash-rich tech giant (both Apple and Amazon have market values that approach $1 trillion). However, tech companies have at least for now, showed little interest in snapping up content from established players and have instead been creating their own content, which means any sale could be years away.