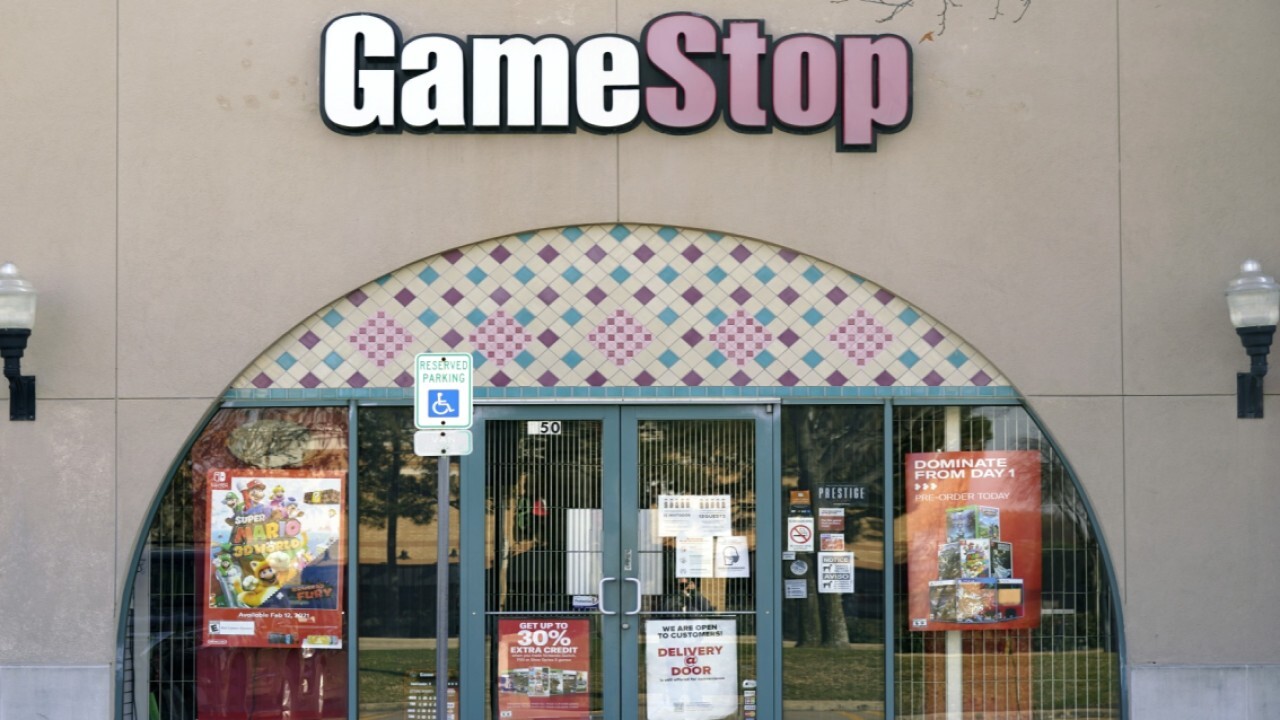 NEW YORK — It's not just you. What's going on with GameStop's stock doesn't make sense to a lot of people.

The struggling video game retailer's stock has been making stupefying moves this month, wild enough to raise concerns from professional investors on Wall Street to the hallways of regulators and the White House in Washington.

It's all forcing hard questions about whether the stock market is in a dangerous bubble and whether a new generation of traders should be allowed to take full advantage of all the tools and free trades available on their phones, regardless of how reckless they may seem to outsiders. At the same time, champions of the proletariat are cheering louder from the sidelines, saying the moves mean that hedge funds, Wall Street and the 1% are finally getting their comeuppance.

Here's a look at how we got here.

WHAT IS HAPPENING WITH GAMESTOP’S STOCK?

It’s been maniacal this month. After sitting around $18 three Fridays ago, it doubled in four days. It kept shooting higher, before nearly doubling on Tuesday and then more than doubling again on Wednesday to $347.51. On Thursday, it gave back a chunk of those gains and was down to $229. But it’s still up an amazing 1,250% through the first few weeks of 2021.

AND THE COMPANY ITSELF?

It’s still struggling. GameStop, based in Grapevine, Texas, sells video games at more than 5,000 stores, and the pandemic has been keeping customers away. More worrisome is the long-term shift by customers away from brick-and-mortar stores and toward buying games online.

Enthusiasm has grown for GameStop's prospects after the company said earlier this month that a co-founder of Chewy, the online seller of pet supplies, was joining its board. Investors see Ryan Cohen helping GameStop's digital transformation. But analysts still expect GameStop to keep losing money in its next fiscal year.

Yes, particularly those in a group called “WallStreetBets.” Their discussions are full of ideas for the next big trade to jump on, self deprecation and an appreciation of both winning and losing bets, as long as they're bold. They've recently been encouraging each other to keep buying GameStop and push it ever higher, or “to the moon."

No. A big reason for that is how deeply hated GameStop's stock was by hedge funds and other professional investors on Wall Street. Many were betting on GameStop's stock to fall by “shorting” it.

It's how investors can make money off a stock falling. In a short sale, they borrow a share of GameStop and then sell it. Later, if the stock price does as they expect, they can buy the stock at a lower price and keep the difference. GameStop is one of the most heavily shorted stocks on Wall Street.

It's what happened with GameStop's stock. When a stock is very heavily shorted, a rise in its price can force short sellers to get out of their bets. To do that, they have to buy the stock, which pushes the stock even higher and can create a feedback loop. As GameStop's short sellers have gotten squeezed this month, smaller and first-time investors have been egging each other on to to keep the momentum going. 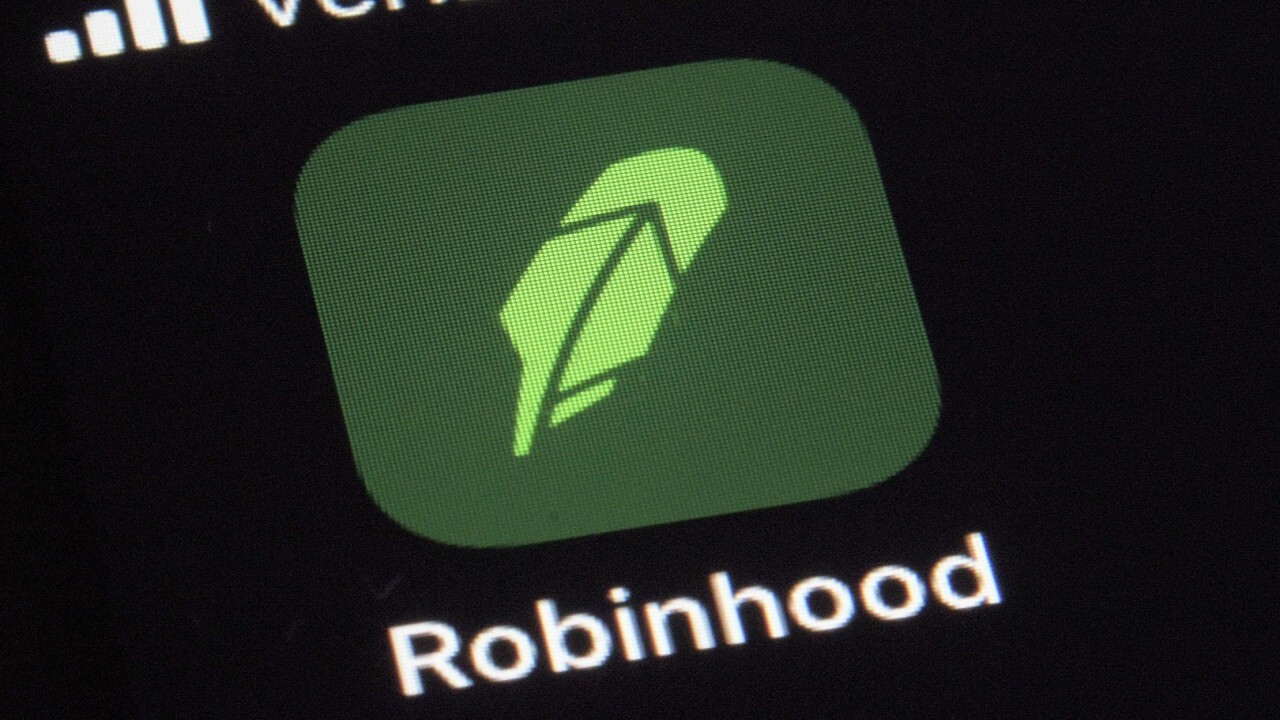 DO THESE SMALLER INVESTORS BELIEVE IN GAMESTOP'S BUSINESS?

There's been a flavor of that in the discussions. But lately it's been more about inflicting pain on short sellers, hedge funds and other big financial firms. Many talk about it in terms of evening the ledger with the financial elite, who benefited from years of gains as other people fell further behind.

Buying GameStop “isn’t about greed,” one user wrote on Reddit, after citing all the recessions “they” caused and the times "they” got bailed out with taxpayers’ dollars. “It’s about taking back what’s ours, what we’ve already paid for.”

“This is for making us work on Thanksgiving night all the way through black friday at 9.50 an hour,” another user wrote on Reddit .

WHAT'S THIS ABOUT OPTIONS AND MARGIN TRADING?

They're ways that investors can make a big profit with relatively small payments up front, if the stock moves in the right way. Many of the traders pushing up GameStop are smaller-pocketed or novice investors.

When they buy stocks “on margin,” they're using borrowed money, which can supercharge their gains and losses. With options, an investor can buy the right to buy the stock at a later date at a certain price. If the stock hits that target, investors can reap a bigger return than if they simply bought a share. But if it doesn't, it can mean a total loss.

WHERE DOES WALL STREET SEE GAMESTOP'S STOCK ENDING UP?

Much, much lower. Over the long term, a stock's price tends to track with the company's profits, and GameStop's prospects for earnings remain cloudy. Many Wall Street analysts have price targets for GameStop at $15 or below.

IS IT JUST GAMESTOP SWEPT UP IN THIS?

No. Other heavily shorted stocks have been seeing a surge of interest recently as investors look for the next GameStop. American Airlines, BlackBerry and other formerly downtrodden stocks have had extreme swings in price this week.

WHAT ABOUT THE BROADER MARKET?

Critics used to dismiss the moonshots for GameStop and others as a sideshow, saying the excess was confined to a few corners of the market. But Wednesday’s broader-market tumble gives some caution. Sharp losses for short sellers may have pushed them to sell some of their other stock holdings to raise cash, and several investors say that contributed to Wednesday's 2.6% slide for the S&P 500. It was the worst day for the market since October.

DID ANYONE SEE THIS COMING?

Maybe not to this degree. But brokerages have been making it ever-easier for novices to get into the market and trade. Commissions have dropped to zero, and people can trade on their phones. As each barrier to trading has fallen, consumer advocates cheered the broadening playing field. But they also warned it's possible to have too much of a good thing. Too-easy trading could encourage people to make too many trades that are too risky for them.

CAN REGULATORS DO ANYTHING ABOUT THIS?

The Securities and Exchange Commission has said it's noticed all the volatility in the market and is taking a closer look. It's the SEC's job to protect investors, and the expectation across Wall Street is that investors holding GameStop at these lofty prices are likely to be hurt when its price falls.

What sets this case apart is all the communication going on between investors on Reddit, as they goad each other to push GameStop higher, said Chester Spatt, a former chief economist at the SEC and a finance professor Carnegie Mellon University’s Tepper School of Business. But he said it's difficult to declare it a clear case of market manipulation.

In the end, there may be no way to prevent people from pushing a stock too high and potentially burning themselves. Instead, Spatt said it may be better first to properly educate all these novice investors about the risks of bubbles and overzealous trading.