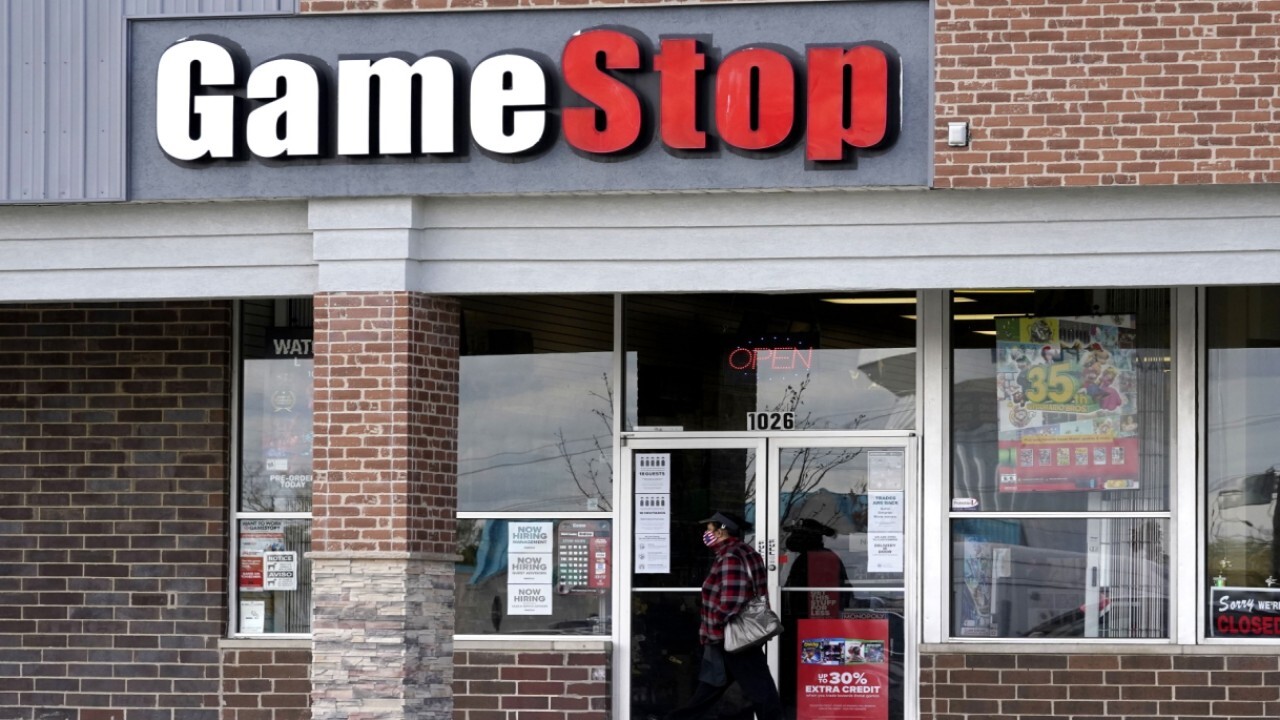 Trading volume has surged in shares of GameStop, AMC Entertainment, as well as Bed Bath & Beyond and BlackBerry, stunning Wall Street firms betting that those stocks would fall.

The share prices instead spiked this week as retail investors, spurred by the online Reddit forum WallStreetBets, piled into the stocks. The volatility continued Thursday as platforms like Robinhood and Interactive Brokers limited trading on certain stocks.

GameStop Corp. shares have risen by more than 1,900% since the start of this year, hurting market short-sellers. Shares soared from $17.08 a few weeks ago to $320 as of Friday morning. Here's how it happened.

Some renewed interest in GameStop

GameStop's stock had been struggling for six straight years before a slight surge in 2020 and its most recent explosion.

The company had lost most of its charm among investors in recent years as a brick-and-mortar store trying to survive in an Amazon world, but a spike in video game purchases amid the coronavirus pandemic suggested that things might turn around for the video game retailer.

The stock surged briefly in August after Chewy founder Ryan Cohen purchased a 9% stake in the company. In October, the company partnered with Microsoft to expand its "physical and digital video game offerings," according to a press release.

Meanwhile, a lone investor on Reddit, a social website on which users can discuss news and opinions, was promoting GameStop and suggesting users band together to short squeeze its stock despite initially getting little interest from other investors on a forum called WallStreetBets.

After the Reddit user then suggested a short squeeze, smaller investors exhorted each other online to keep GameStop's stock rolling higher as short-sellers were betting against it.

There is no overriding reason why GameStop attracted this cavalcade of smaller and first-time investors, but there is a distinct component of revenge against Wall Street in communications online.

As a result, big bets short-sellers made that GameStop's stock would fall went wrong, leaving them facing billions of dollars in collective losses.

In such bets, called "short sales," investors borrow a share and sell it in hopes of buying it back later at a lower price and pocketing the difference. GameStop is one of the most shorted stocks on Wall Street.

As GameStop's gains grew and short sellers scrambled to get out of their bets, they had to buy shares to do so. That accelerated the momentum even more, creating a feedback loop. As of Tuesday, short sellers of GameStop were already down more than $5 billion in 2021, according to S3 Partners.

Much of professional Wall Street remains pessimistic that GameStop's stock can hold onto its immense gains. The company is unlikely to start making big enough profits to justify its $22.2 billion market valuation anytime soon, analysts say.

"Amid significant market volatility, it’s important as ever that we help customers stay informed," Robinhood said.

TD Ameritrade informed its users in a pop-up message on its app that it had implemented the restrictions "in the interest of mitigating risk for [its] company and clients."

Wednesday's chaos gave some validation to smaller-pocketed investors, many of whom are encouraging each other on Reddit and are trading stocks for the first time thanks to brokerages offering free-trading apps.

It also left more investors on Wall Street asking if the stock market is in a dangerous bubble about to pop, as AMC Entertainment, Bed Bath & Beyond and other downtrodden stocks suddenly soar as well. The S&P 500 set a record high earlier this week.

The mania is raising some concern that investors are taking excessive risks, and reporters asked Federal Reserve Chair Jerome Powell on Wednesday whether the Fed's moves to support markets through the pandemic is helping to push stock prices too high.

Powell downplayed the role of low interest rates and pointed to investors' expectations for COVID-19 vaccines and more stimulus from Washington for the economy as drivers for record stock prices.

The Securities and Exchange Commission said Tuesday that it has noticed the volatility in the market, though it did not name GameStop specifically. The agency said it’s “working with our fellow regulators to assess the situation and review the activities” of investors in the market.

The Associated Press and FOX Business' Paul Conner contributed to this report.