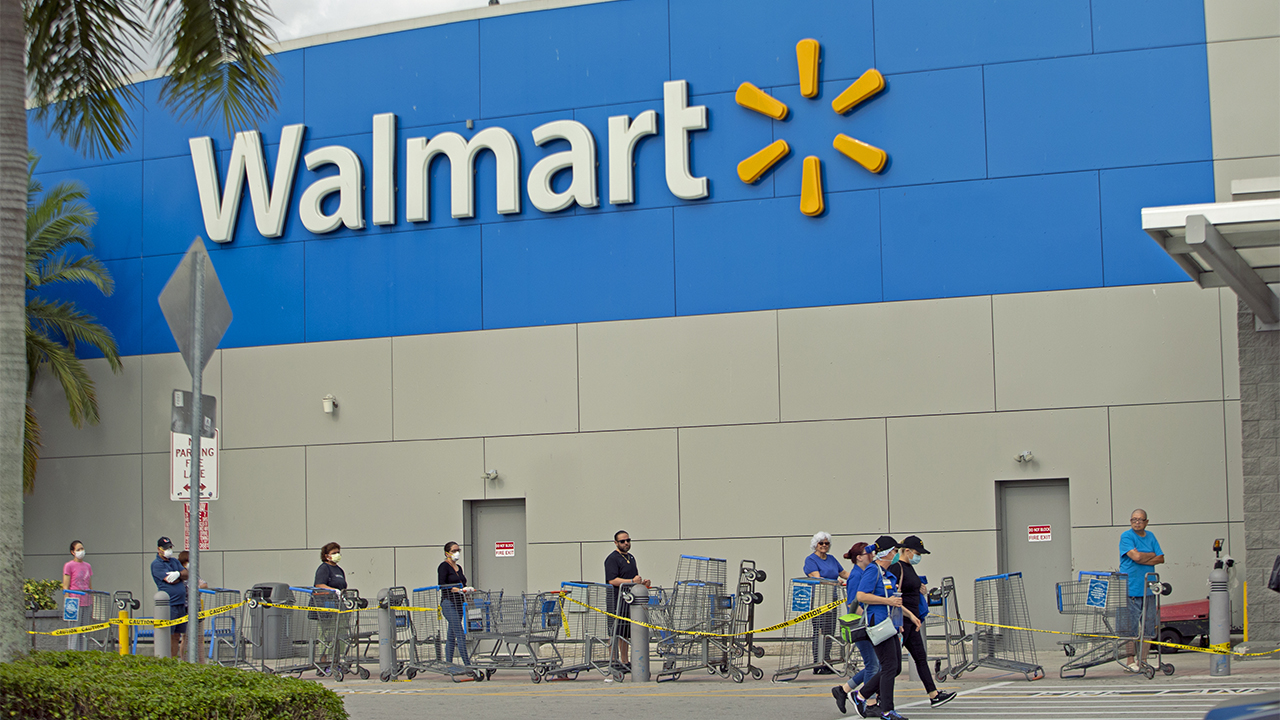 Walmart has removed guns and ammunition from the sales floor of some stores as protests have spread across the country.

The move came as looters have taken advantage of peaceful protests sparked by the death of George Floyd in Minneapolis, breaking into stores and stealing items while demonstrators sought more equitable treatment from police and other institutions for African Americans.

Walmart is one of the retailers that has faced looting at some of its stores, according to local reports.

A heavy police presence surrounds the Walmart in Iowa after reports of gunfire Monday in a round of rioting and violence in Davenport. (Meg McLaughlin/Quad City Times via AP)

“As a responsible seller of hunting and sporting firearms, we have temporarily removed firearms and ammunition from the sales floor in some stores out of an abundance of caution,” a Walmart spokesperson told FOX Business. “Those items are available for purchase, but are being stored in a secure room.”

Guns have been stolen in at least one instance of looting from another retailer. Officials in Georgia have offered a $10,000 reward for information leading to the arrest of the people who stole more than 42 guns from a store there Saturday.

Walmart sells guns at about half its U.S. stores. Guns and ammo weren’t pulled from sales floors at all those locations.

A worker stands in front of a doorway at a Walmart store that has been blocked with bags of potting soil in Auburn, Wash. (AP Photo/Ted S. Warren)

The company has faced criticism over its decision to continue selling guns after 22 people were killed in a mass shooting at Texas Walmart and two store managers were fatally shot at a Mississippi Walmart in August.

The retailer amended its policy in September, asking customers to not openly carry firearms in its stores. It stopped selling assault-style rifles in 2015 and in 2018 stopped selling firearms to anyone younger than 21.