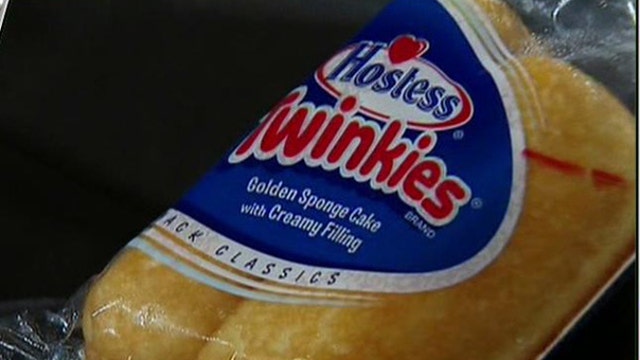 FBN’s Jo Ling Kent on Twinkies going on sale at 1,600 Wal-Mart stores ahead of their nationwide return Monday.

After a choppy trading day on Wall Street, all three major indices ended higher for the week. At the closing bell, the Dow Jones Industrial Average finished 3 points higher at 15,464. The S&P 500 ended 5 points up at 1,680 and the NASDAQ closed at 3,600 points, higher by 21 points.

Compared with other countries, the United States tax system does not exactly land on top. It came in 94th place out of 100 on a tax attractiveness index, right after Zimbabwe. Created by two German economists, the “Measuring Tax Attractiveness Across Countries” index ranks countries on criteria including tax withholding and group tax regimes.

Wal-Mart is welcoming the Twinkie back to stores a few days early. The spongy yellow cake returns to the market nationwide on Monday, July 15. It is available today in 1,600 Wal-Mart stores. 3,000 locations are expected to be fully stocked by Sunday. Upon request, the new owners of Hostess will be freezing Twinkies for about 10 percent of its retailers to extend its shelf life. Twinkies already have a shelf life of 45 days.