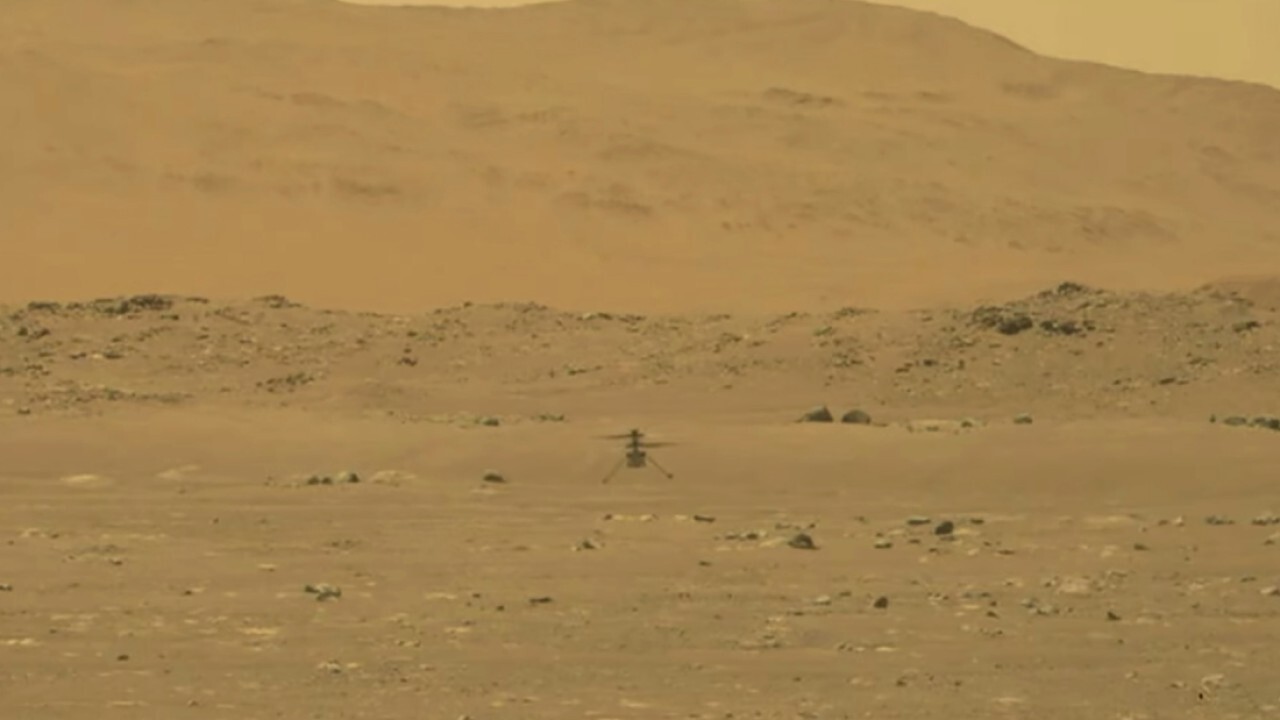 Engineer Vishnu Sridhar of the NASA Maris 2020 project on plans to push Ingenuity Mars helicopter 'to the limit' and how its first historic flight can help future space studies.

Shares of Virgin Galactic fell over 20% in pre-market trading after the company revealed that it may need to adjust its spaceflight testing schedule.

During its first-quarter update, Virgin Galactic said the scheduled launch for its next test flight was currently being reevaluated. It was expected to take place this month.

Executives said they were looking into "potential wear-and-tear" issues on the Eve carrier mothership and launch platform.

The company was expected to take action on the issue in the fall, but realized last week that it may need more immediate attention, which could impact the test flight schedule.

Executives said they would report back next week with an update on timing.

Shares were down around 9% in after-hours activity Monday. The stock is also down more than 32% for the last month. Back on April 14 company founder, Sir Richard Branson sold more than 5.5 million shares of his pioneering company for close to $150 million.

"We continue to make strides towards our strategic objectives and have solid momentum as we focus on completing our flight test program," Michael Colglazier, Virgin Galactic CEO, said in a statement. "We are committed to delivering one of the world's most unique and transformational customer experiences, with safety at the core of everything we do."

Despite this setback, the space tourism company was still planning on having Branson reach for the stars. The always buoyant entrepreneur is still slated to fly in the third test flight – a summer launch was tentatively on the boards. With this delay, the date for Branson's trip is figuratively up in the air.

Following Branson's TBD run skyward, the fourth spaceflight test is scheduled to carry members of the Italian Air Force for professional astronaut training. It will be Virgin Galactic’s first "full revenue flight," with the company disclosing it will generate $2 million.

The company said it had $617 million in cash on hand, though it generated $0 in revenue for the quarter and incurred a net loss of $130 million.