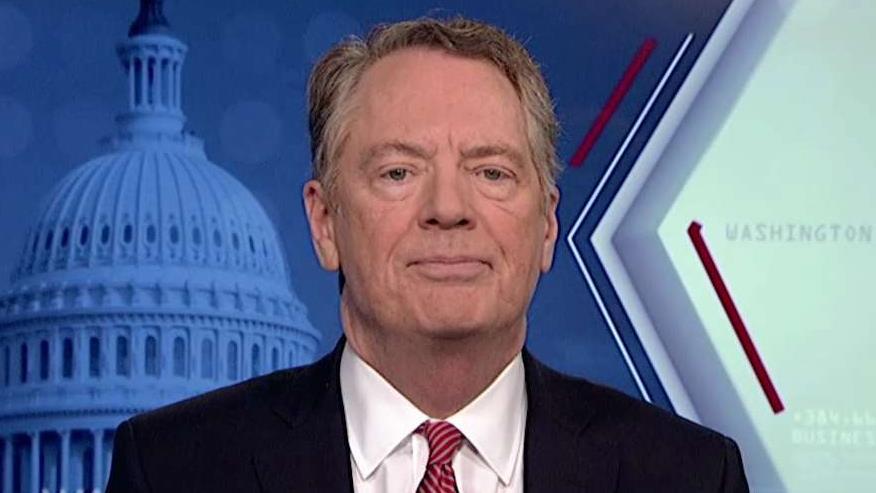 USMCA is a spectacular deal for the American economy: Lighthizer

“We have what is really the absolute gold standard on digital trade and financial services, stuff that has never been done before,” he said.

The Trump administration expects USMCA to bring back or create 80,000 jobs that are directly or indirectly tied to the auto industry and create as much as $30 billion of new investment in the sector.

HOUSING MARKET HOT, 2020 COULD BE BETTER

The trade deal will also curb problems experienced by U.S. dairy farmers and provide new access to American wheat, poultry and eggs, among other things.

“We have the first trade agreement in a long, long time that has the support of almost every business group, almost every agriculture group, labor groups, Democrats and Republicans, so we’re really excited about where we are,” Lighthizer said, adding that it's a "really, really, really good agreement for the United States, for the manufacturers and workers and farmers and the like.”

He noted that USMCA is also good for Mexico and Canada.

Getting rid of the biological provision, which gave exclusivity to developers of new drugs for up to 10 years, was "a step backwards," according to Lighthizer, but was a necessary compromise due to Democrats controlling the House of Representatives. Democrats had argued the provision would keep drug prices higher by limiting generic competition for high-priced medications.

LIghthizer believes the trade deal will "pass with a big number.”

The House is expected to vote on USMCA on Thursday; however, the day could still change. U.S. Senate Majority Leader Mitch McConnell, R-Ky., has said a vote in his chamber of Congress could occur after any impeachment hearings.

“There's two approaches to trade," Lighthizer said. "One is that the objective of trade is purely market efficiency and protecting investors ... The president's view is we have to, in addition to that, think about the effect on manufacturing workers and farmers and the people that are involved in this process, and that our real objective is more wealth and better lives for working-class people.”

USMCA "will be the template, I think, for new trade agreements going forward,” Lighthizer said.