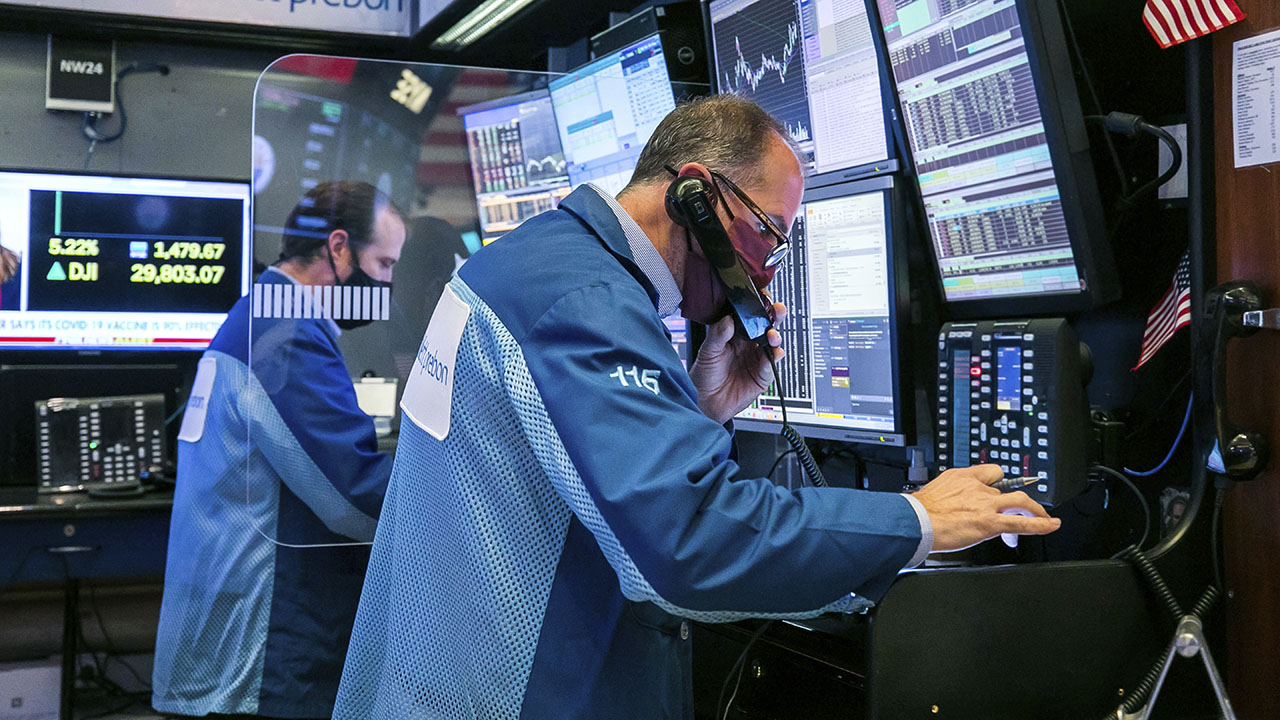 Stocks surged in the final hour of trading Monday after a report said former Federal Reserve Chair Janet Yellen is projected to be President-elect Joe Biden's choice for Treasury Secretary.

Cruise operators and airlines were among the top performers in the S&P 500, which finished higher by 0.57%, after AstraZeneca became the third drugmaker to release positive news regarding a COVID-19 vaccine.

The tech-heavy Nasdaq Composite added 0.22%, but underperformed as mega-cap tech stocks such as Apple, Microsoft, Facebook and Google lagged their peers.

Biden is expected to name Yellen, who served as Federal Reserve chair under former President Barack Obama, as his pick before Thanksgiving, according to The Wall Street Journal. She would need a simple 51-vote majority to receive Senate approval.

FOX Business previously reported Yellen was in contention for the job.

U.K. drugmaker AstraZeneca announced that its vaccine being developed with Oxford University can be up to 90% effective in late-stage trials, depending upon the dosage. The vaccine is the third, behind that from Pfizer/BioNTech and Moderna, to show strong efficacy results in Phase 3 trials.

Shares of AstraZeneca were slightly lower on Monday despite the good news.

Continued positive news on the vaccine front comes after Johns Hopkins University announced on Saturday that the U.S. surpassed 12 million coronavirus cases, the most impacted country in the world.

Snap announced it was launching Spotlight, an entertainment platform for user-generated content, similar to TikTok.

Shares of Snap, led by CEO Evan Spiegel, rallied more than 3% to finish at a record high.

The economic calendar was light with a pair of reports coming in ahead of expectations.

Markit released the Manufacturing PMI and Services PMI reports, with readings coming in at 56.7 and 57.7, respectively. Economists surveyed by Refinitiv expected readings of 53 and 55.

European indexes surrendered early gains with the STOXX Europe 600 slipping 0.01% and Britain's FTSE shedding 0.28%. The other major indexes, France's CAC and Germany's DAX were off fractionally.