U.S. equity markets tumbled Monday with selling accelerating during the final hours of trading as the coronavirus task force updated the nation on the crisis.

In response to a question, President Trump said the crisis could extend until August.

This is the Dow's third consecutive move in either direction of 9 percent or more, the longest streak since October 1929, as tracked by the Dow Jones Market Data Group.

The S&P 500 and Nasdaq Composite also lost around 12 percent. Trading was halted for 15 minutes shortly after the opening bell due to the S&P 500's decline of more than 7 percent.

The so-called fear gauge or VIX Index hit a record high of a reading of over 82.

Investors also shrugged off the Federal Reserve's emergency action to combat the economic harm caused by the new coronavirus outbreak.

WHAT IS THE VIX?

The sharp selloff comes after the Fed, at an emergency meeting on Sunday evening, cut its benchmark interest rate by 100 basis points to near zero and announced a $700 billion asset purchase program. The Fed’s action was part of a coordinated effort by central banks around the world. 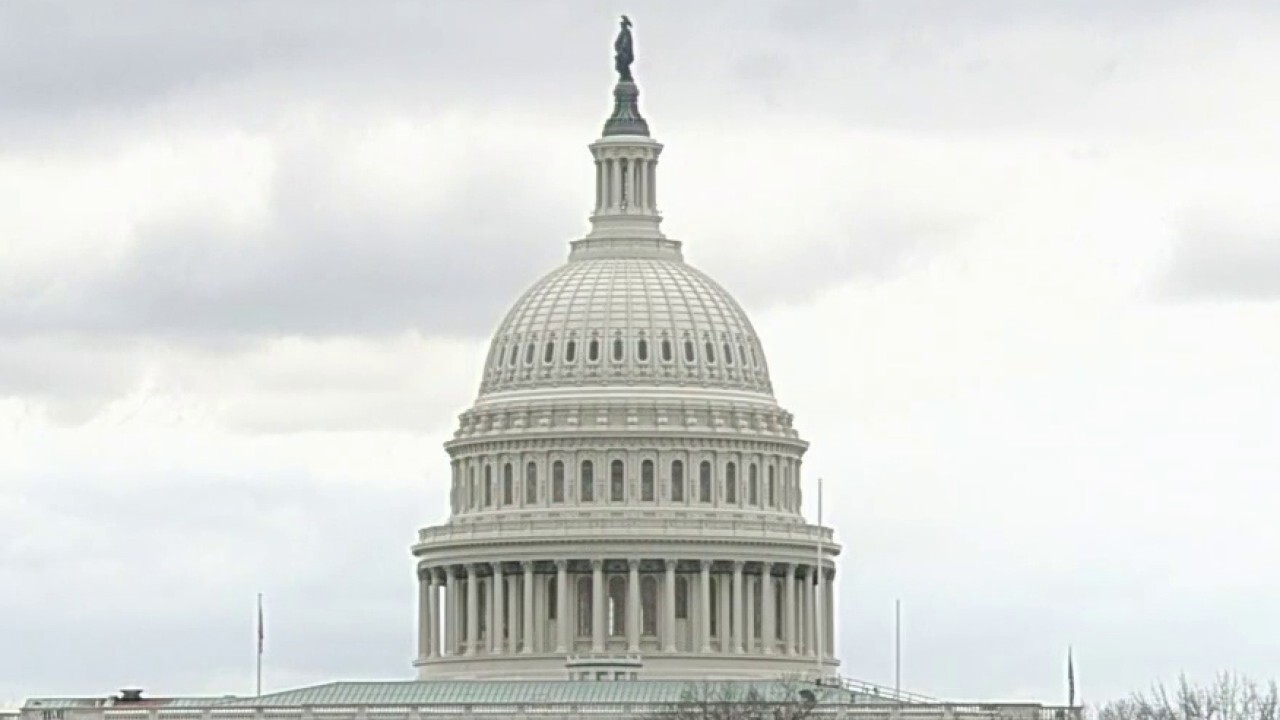 “The coronavirus outbreak has harmed communities and disrupted economic activity in many countries, including the United States,” the Federal Open Market Committee said in a statement. “The Federal Reserve is prepared to use its full range of tools to support the flow of credit to households and businesses.”

Looking at stocks, airlines remained at the center of the storm after United Airlines said its March revenue is expected to be $1.5 billion less than a year ago and that it would reduce flight capacity by 50 percent in April and May. Shares fell along with Delta while American Airlines turned higher.

Industry groups are calling for a Federal bailout of the industry that could near $50 billion.

Apple shares tumbled after the tech giant announced the closure of all 468 of its retail stores outside of Greater China until March 27. On Friday, the company reopened all 52 of its Greater China stores.

Nike, Abercrombie & Fitch and Urban Outfitters also announced the closing of all of their retail stores while Starbucks said it would shut some locations.

Miners erased losses amid the selling to end the session higher. Copper, an industrial benchmark metal, sank over 3 percent to $2.3985 per pound, its lowest since the 2016 election, and gold curbed some losses falling to  $1,485 an ounce.

Meanwhile, banks fell as heavy buying across the U.S. Treasury complex flattened the yield curve. The benchmark 10-year yield hovered around 0.81 percent while the 2-year yield was near 0.33 percent.