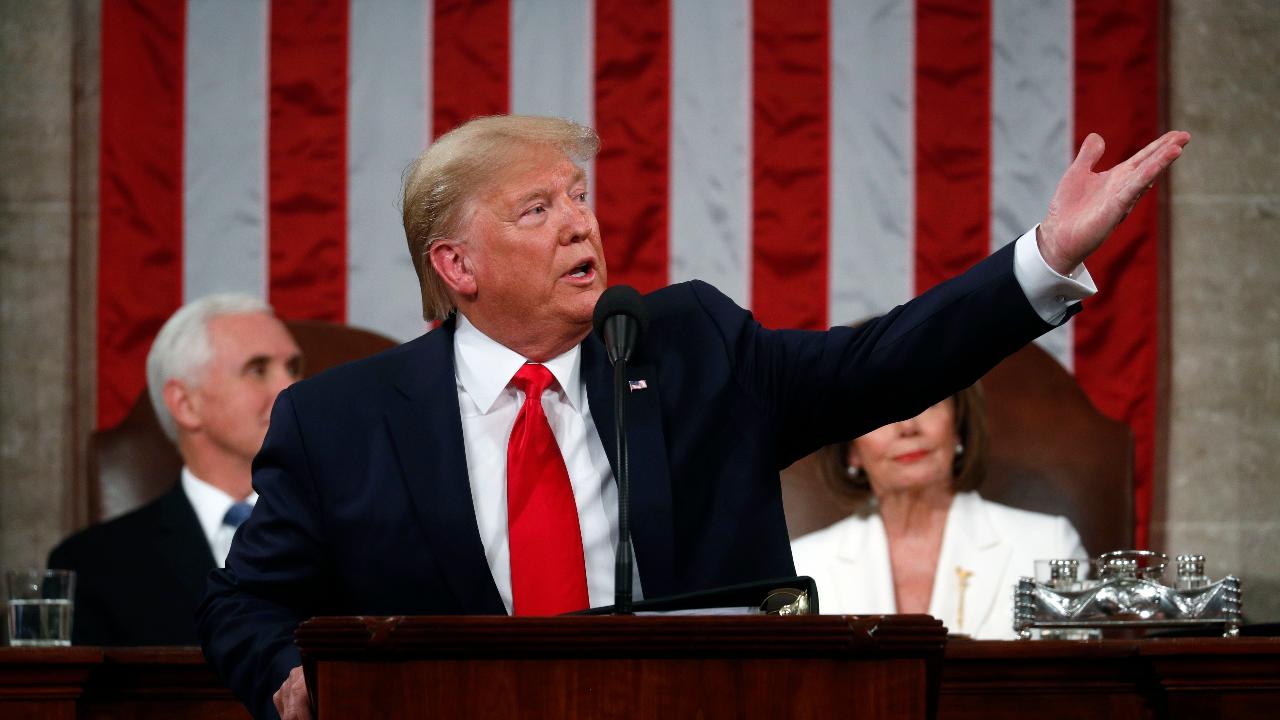 Trump: US stock market has 'soared' under my administration

President Trump says the booming stock market has added more than $12 trillion to our nation's wealth.

Stocks rallied to record highs Wednesday after a report indicated a coronavirus vaccine could come sooner than expected and ahead of the vote which acquitted President Trump in his impeachment trial.

The S&P 500 rose over 1 percent hitting a record. The Nasdaq maintained its record levels with an advance of 0.4 percent and the Dow Jones Industrial Average added over 483 points or 1.7 percent.

A U.K. researcher said a breakthrough has been made that cut the development time for a vaccine from two years to three years to 14 days, Sky News reported. The coronavirus outbreak has sickened more than 24,300 and killed 490, according to figures released Wednesday by China’s National Health Commission.

Also helping the major averages was the blowout ADP Employment Report, which showed the private sector added 291,000 jobs in January, easily exceeding the 156,000 jobs that economists surveyed by Refinitiv were expecting. This bodes well for the monthly jobs report due Friday.

During State of the Union President Trump touted the 7 million jobs he's created over three years, ahead of even the most optimistic forecasts, he said. 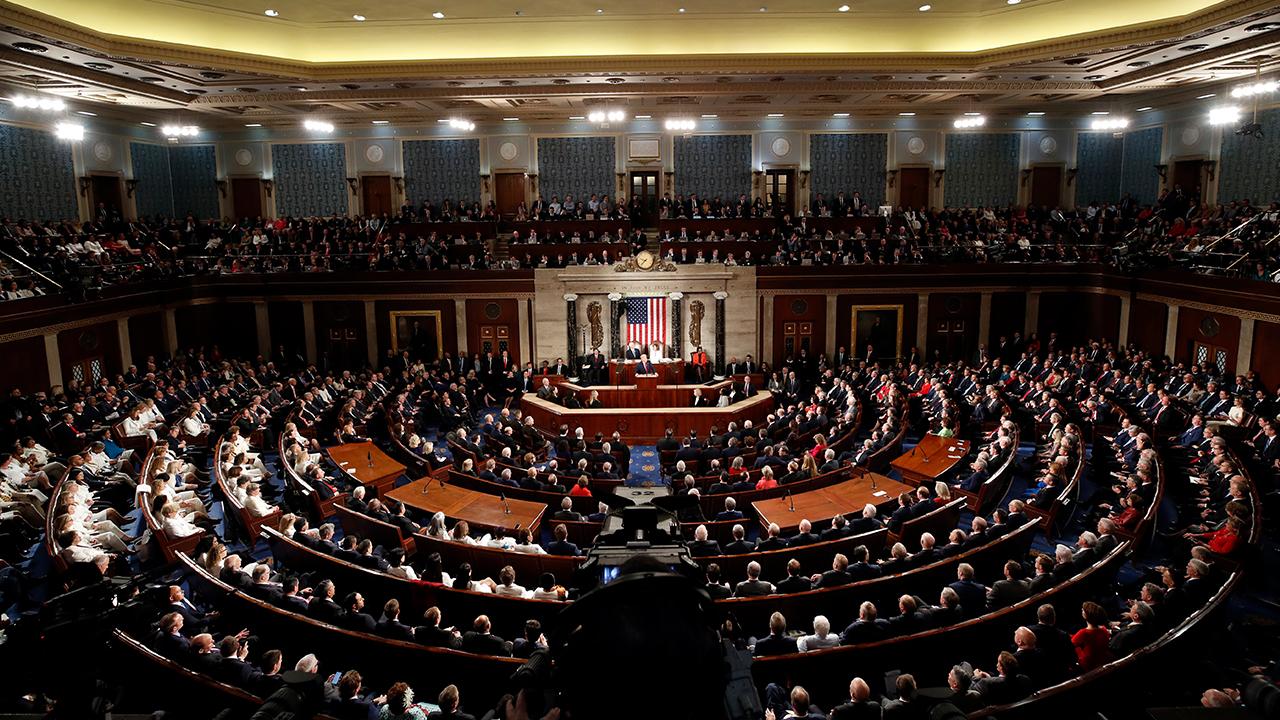 Looking at stocks, Tesla shares had their second-worst day on record, plunging by more than 18 percent, according to Dow Jones Market Data Group. Shares are still up more than 76 percent this year.

Nike announced late Tuesday that the coronavirus outbreak will have a “material impact” on its business in the Greater China region. The sports apparel giant said it has closed about half of its stores in the region and that the others will operate with reduced hours.

Macy's will close 125 stores over the next three years and cut 2,000 corporate jobs as part of a strategy to "stabilize profitability."

On the earnings front, Ford lost $1.7 billion in the fourth quarter after taking a $2.2 billion hit from pension expenses. The automaker made $47 million in 2019 after recording a $3.68 billion profit the prior year. Meanwhile, rival General Motors reported mixed fourth-quarter results and said it lost $194 million in the fourth quarter due to the United Auto Workers strike. For the full year, the strike caused a $3.6 billion dent in GM’s bottom line.

Disney reported better-than-expected first-quarter results and said its Disney+ streaming service had 28.6 million paid subscribers as of Monday. Additionally, the theme-park operator said the closure of its Shanghai and Hong Kong parks will have a combined adverse impact on operating income of $175 million.

Chipotle said same-store sales surged 13.4 percent year over year, beating the 9.5 percent gain that was expected by analysts surveyed by Refinitiv. The results were boosted by the burrito chain’s limited-time carne asada offer.

Snap was under pressure after reporting fourth-quarter revenue that fell short of Wall Street estimates due to tough competition in the digital ad market. Daily active users rose 4 percent to 218 million, outpacing expectations.

Commodities were higher with West Texas Intermediate crude oil surging 2.3 percent to $50.75 a barrel and gold up 0.5 percent to near $1,558 an ounce.

In Europe, Germany's DAX paced the gains, up 1.5 percent, while France’s CAC and Britain's FTSE were higher by 0.9 percent and 0.6 percent, respectively.