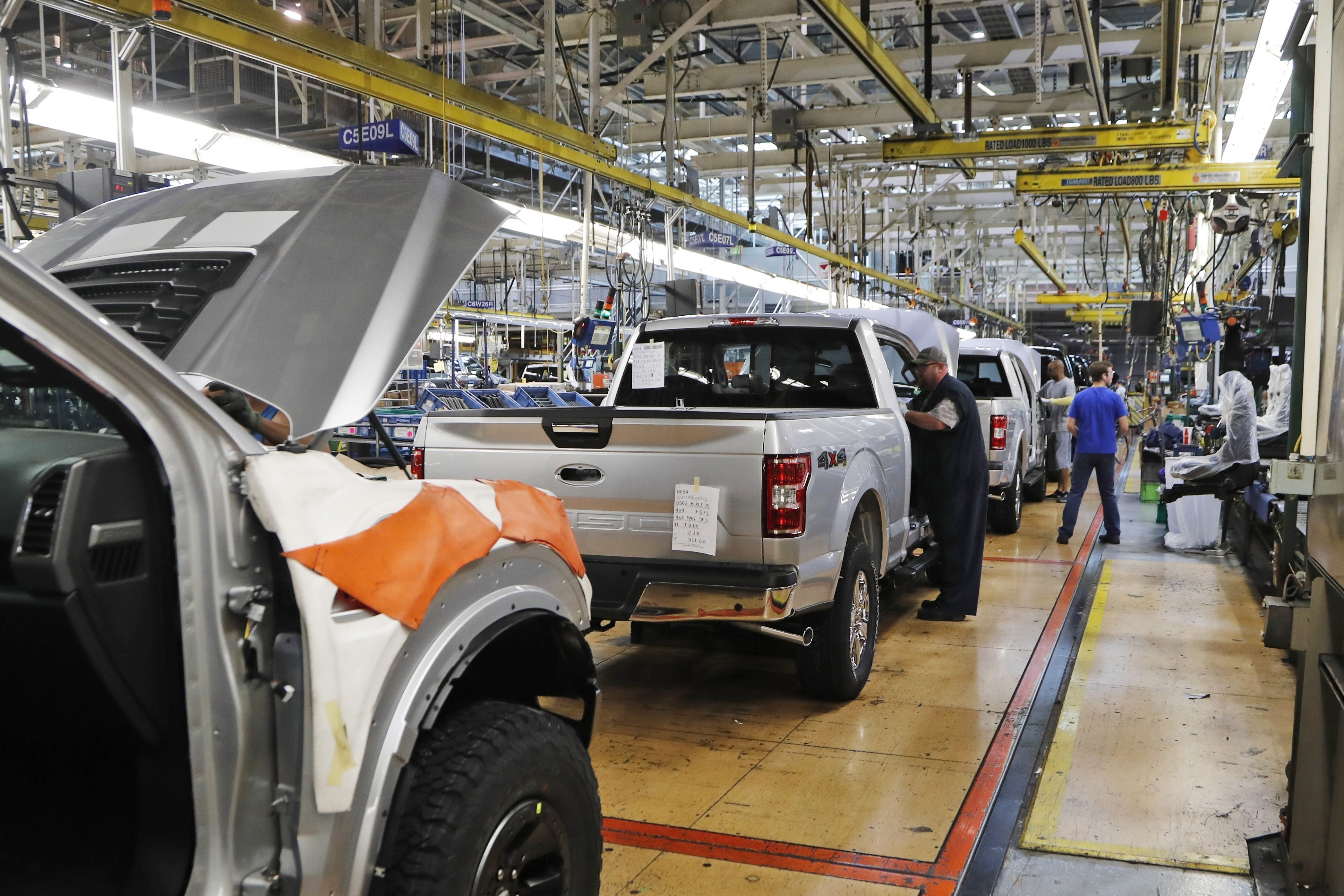 The U.S. auto industry is slowly returning to life, with vehicle assembly plants scheduled to reopen on Monday and suppliers gearing up in support as the sector that employs nearly 1 million people seeks to recover from the coronavirus pandemic.

General Motors Co, Ford Motor Co and Fiat Chrysler Automobiles NV all have been preparing for weeks to reopen their North American factories in a push to restart work in an industry that accounts for about 6% of U.S. economic activity.

For the automakers and their suppliers, many of which began reopening their plants last week, the restart is critical to ending the cash drain caused by a two-month shutdown that was forced on them by COVID-19. The emphasis will be on getting assembly lines again producing such profitable vehicles as the Chevrolet Suburban SUV, Ford F-150 pickup truck and Jeep Wrangler SUV.

"Ultimately we're in this together. Because if we don't build trucks, Ford Motor Company is gone," said Todd Dunn, president of UAW Local 862, which represents more than 14,000 hourly workers at Ford's two Kentucky assembly plants.

President Donald Trump on Thursday will tour a Ford manufacturing plant in Michigan that has been repurposed to make ventilators and personal protective equipment, according to the White House.

A Ford spokeswoman said plants that were running on three shifts before the shutdown will reopen with two, and those that were operating with two shifts will restart with one.

GM is reopening a number of plants on one shift on Monday, including 1,600 hourly workers making heavy-duty pickup trucks in Flint, Michigan, and 1,600 workers manufacturing pickups in Fort Wayne, Indiana.

The reopening will be a closely watched test of whether workers across a range of industries can return to factories in large numbers without a resurgence of infections.

Auto companies have rolled out a series of safety measures to protect workers, including the use of temperature monitors for those entering plants, personal protective equipment such as face masks and shields, revamped and deep-cleaned factory floors that emphasize social distancing and more.

The UAW's Dunn said one question will be how many workers punch in at his local's production facilities on Monday given a lack of daycare in Kentucky, where schools are closed, as well as fear among those with underlying health conditions who are at greater risk of infection. He said Ford has been hiring temporary workers to cover for any absenteeism.

Another issue automakers will have to watch closely is the financial health of suppliers. As most suppliers get paid on average 45 days after they deliver parts, some will struggle to stay afloat as the industry slowly reopens.

"Once you are up and running safely, the financial liquidity issue becomes a very significant concern for many suppliers," said Julie Fream, president of the Original Equipment Suppliers Association.

(Reporting by Ben Klayman in Detroit and Nick Carey in Davenport, Iowa; Editing by Daniel Wallis)