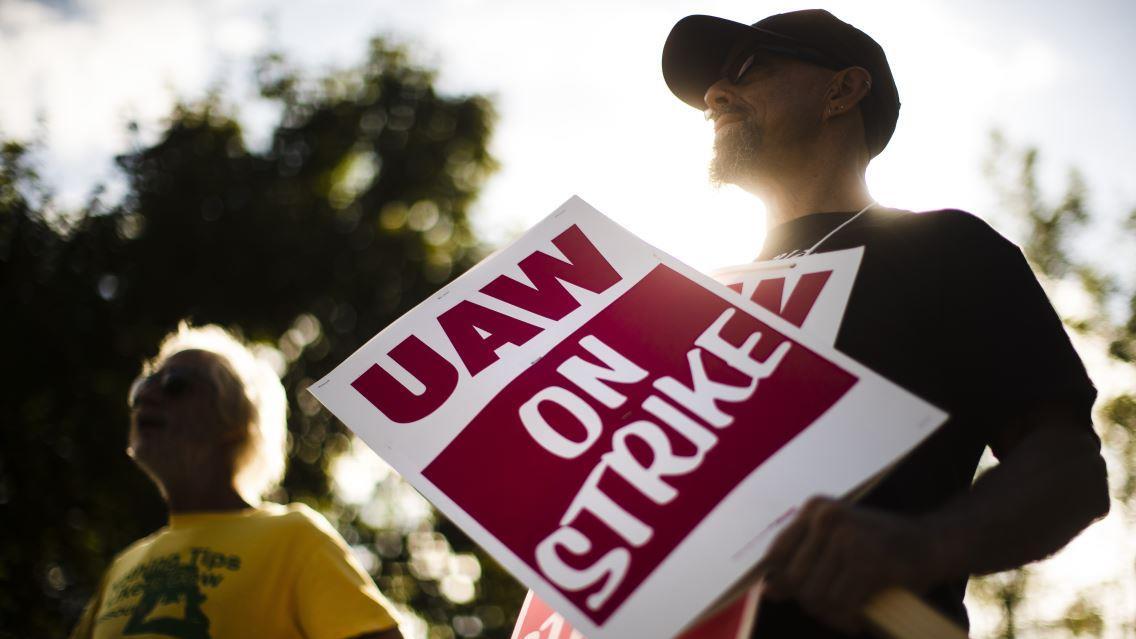 FOX Business’ Grady Trimble reports on the tentative deal struck between General Motors and the UAW.

Striking General Motors workers will stay on the picket lines for at least another week until they vote on a tentative contract with the company.

Factory-level officials from the United Auto Workers union voted to recommend the agreement to members at a daylong meeting in Detroit Thursday. But they also voted not to return to factories unless members approve the deal.

FIRST LOOK AT DEAL THAT COULD GET NEARLY 50,000 GM EMPLOYEES BACK TO WORK
WHAT TO EXPECT FROM THE TENTATIVE AGREEMENT THAT COULD END GM STRIKE
GM-UAW 'CATALYST' PETER NAVARRO HELPED SEAL DEAL

“We thank the public for their support during the strike and their continued support as UAW GM members review the tentative agreement,” UAW Vice President and Director of the General Motors Department Terry Dittes said. “Ultimately, UAW members will make the decision to ratify the agreement. Their unity and solidarity brought us to this moment.”

Voting will begin Saturday and will be completed by 4 p.m. on Friday, Oct. 25, according to General Motors who says UAW will then announce the results "sometime after 4 p.m."

"We encourage the UAW to move as quickly as possible through the ratification process, so we can resume operations and get back to producing vehicles for our customers," a General Motors spokesperson told FOX Business. "Our goal during these negotiations was to ensure the future of General Motors is one that works for our employees, dealers, suppliers and the communities where we operate. The agreement reflects our commitment to U.S. manufacturing through the creation of new jobs and increased investment.”

The tentative deal reached Wednesday would give workers a mix of pay raises, lump-sum payments and an $11,000 signing bonus. In return, the contract allows GM to proceed with factory closures in Lordstown, Ohio; Warren, Michigan; and near Baltimore.

The agreement comes amid the longest UAW strike against GM since 1970. For more than a month, about 49,000 workers have been on strike paralyzing GM’s U.S. factories and costing the company an estimated $2 billion. Within a week, the strike began to hamper production in Mexico and Canada. As of Sept. 26, GM lost profits of $113 million as plants shuttered or ran on a thin workforce, according to a report from the Anderson Economic Group.

Analysts at KeyBanc investment services estimated the stoppage cut GM vehicle production by 250,000 vehicles to 300,000 vehicles. That’s too much for the company to make up with overtime or increased assembly line speeds especially during a time of troubling uncertainty for the U.S. auto industry.

GM is facing weakening sales, a deteriorating global economy and an unpredictable trade war as it tries to keep its labor costs in check through 2023. But workers want a bigger share of GM’s healthy profits, which totaled more than $30 billion in the past five years.