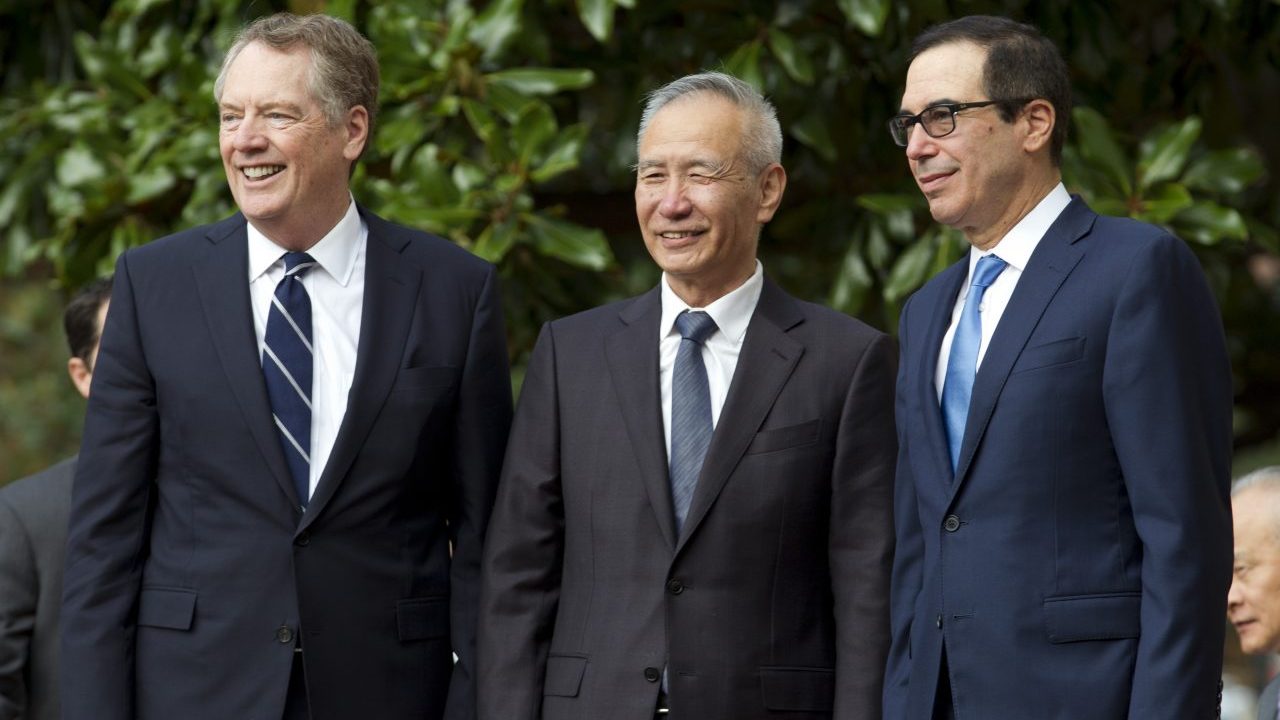 Top U.S. and Chinese trade representatives discussed their Phase 1 trade deal on Friday with China saying they agreed to improve the atmosphere for its implementation and the United States saying both sides expected obligations to be met.

The discussion in a telephone call comes amid escalating tension between the countries, exacerbated by a war of words over U.S. criticism of China's handling of the novel coronavirus outbreak.

U.S. President Donald Trump and other top officials have blamed China for the deaths of hundreds of thousands from the outbreak and have threatened punitive action, including possible tariffs and shifting supply chains away from China.

TRUMP TO PROVIDE UPDATE ON CHINA TRADE DEAL NEXT WEEK

The U.S. Trade Representative's office said both sides "also agreed that in spite of the current global health emergency, both countries fully expect to meet their obligations under the agreement in a timely manner".

The negotiators also agreed that "good progress" was being made on creating governmental infrastructures to make the Phase 1 trade deal a success, the U.S. office said.

Under the deal, China agreed to increase its purchases of U.S. goods from a 2017 baseline by $200 billion over two years, with about $77 billion in increased purchases in the first year and $123 billion in the second year.

But the coronavirus, which emerged in China late last year, has dealt a sharp blow to Chinese demand and its economy is only starting to recover.

The two countries will continue to hold required meetings under the trade agreement via conference call on a regular basis, the U.S. office said.