Airlines are pre-emptively canceling hundreds of flights -- nearly 3,000 by Wednesday afternoon -- as a winter storm hammers the Northeast with rain and, in some locations, more than a foot of snow.

Storms, like the nor'easter hitting Philadelphia, New York City and Boston, can come at a high cost to airlines for three reasons.

Firstly, airlines experience a loss of revenue because many passengers decide either to not travel or choose alternative modes of travel like railroads or cars.

Secondly, they face increased costs as they have to pay overtime to workers who are stuck at airports or have to work longer hours, either because some colleagues can't make it to work as well as the extra manpower needed to handle emergency responses that arise in severe weather. 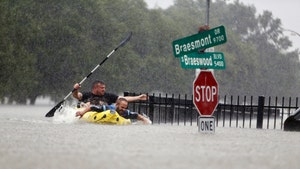 Massive storm forces hundreds of flights to be canceled

A massive storm hammering the Northeastern U.S. with rain and snow forced the cancellations Friday of hundreds of flights into and out of the region.

Thirdly, airline revenue drops as they issue cancellation waivers, which deprive carriers of the money they would normally get when passengers make scheduling changes.

For Delta Air Lines, a spring storm at its Atlanta Hub cost the company a projected $125 million, after a round of storms canceled about 4,000 flights and ensuing crew assignment confusion for days caused a prolonged impact.

Ahead of the storm, New York-based JetBlue said it would waive schedule change fees, cancellation fees and fare differences for those traveling on Wednesday and Thursday in or out of the major East Coast cities. These customers can rebook their flight to another date, through March 10, without being charged fees, Delta said.