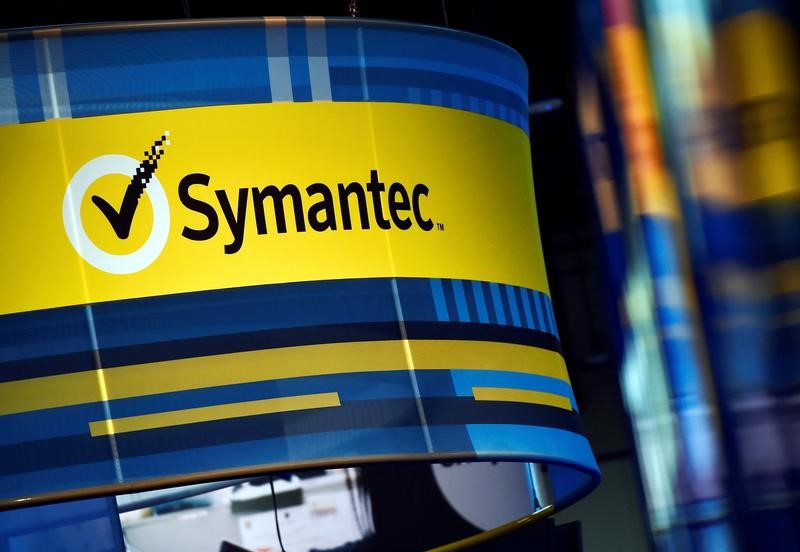 Software company Symantec released on Monday additional details of an internal investigation the company is conducting, news of which sent the stock plunging late last week.

The probe, which was initiated after concerns were raised by a former employee, is connected to public disclosures “including commentary on historical financial results,” the company said in a statement. The investigation at the supplier of Norton antiviral software is also looking into “its reporting of certain non-GAAP measures including those that could impact executive compensation programs, certain forward-looking statements, stock trading plans and retaliation.”GAAP refers to generally accepted accounting principles.

Executive compensation has been suspended until the investigation has concluded, executives said.

As previously announced, the company has retained independent counsel to assist with the investigation, and the Securities and Exchange Commission has been notified. Because the probe is ongoing, the company said it could not give further information.

Symantec shares rebounded slightly during Monday’s trading session after the call with executives was announced. The stock ended the day more than 9% higher.

The stock tumbled more than 35% on Friday after the company said the audit committee of its board had begun the investigation. It did not give details about the probe at the time, saying only that it was not security-related. The company also said the outcome of the investigation could affect forward guidance.

Nine analysts had lowered their ratings on the company as of Friday, Reuters reported.