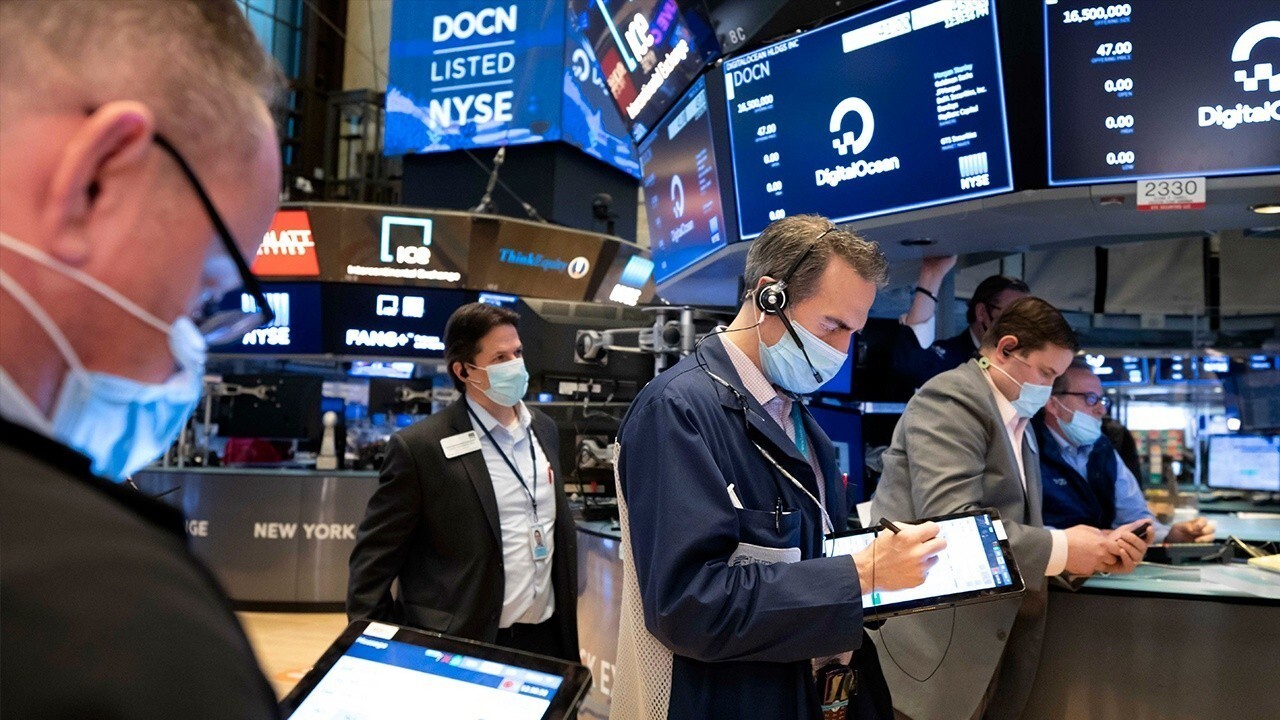 Payne Capital Management president joins ‘Mornings with Maria’ to discuss the focus on Big Tech stock in the upcoming week.

U.S. stocks rallied Monday with all three of the major averages closing in record territory on the first trading day of November.

In stocks, American Airlines Inc. has canceled more than 1,700 flights since Friday due to what the airline says are staffing issues caused by weather disruptions at its Dallas/Fort Worth International Airport hub. Southwest Airlines Inc., which is also based in Dallas, dealt with similar issues.

Harley-Davidson Inc. shares were sharply higher as the U.S. and European Union agreed to a deal on steel and aluminum tariffs. The motorcycle maker was facing a 56% tariff in Europe.

Barclays CEO Jes Staley stepped down from his role after U.K. regulators made preliminary conclusions regarding his relationship with Jeffrey Epstein. The investigation didn’t find evidence that Staley was aware of Epstein’s crimes. C.S. Venkatakrishnan, head of global markets, will replace Staley as CEO.

Moderna Inc. said the U.S. Food and Drug Administration needs more time to approve its COVID-19 vaccine for children ages 12 to 17 years as it looks into the risk of myocarditis, a type of heart inflammation that has been a side effect found mostly in young males.

Video game company Roblox Corp. is back online after suffering an outage that lasted from Thursday evening through Sunday afternoon.

In deals, Tesla Inc. has reached an agreement with China-based Ganfeng Lithium in which the latter will supply battery products from late 2022 to 2024.

Coca-Cola Co. will buy the remaining 70% of sports drink maker BodyArmor that it doesn’t already own for $5.6 billion, according to The Wall Street Journal. The deal values BodyArmor at about $8 billion.