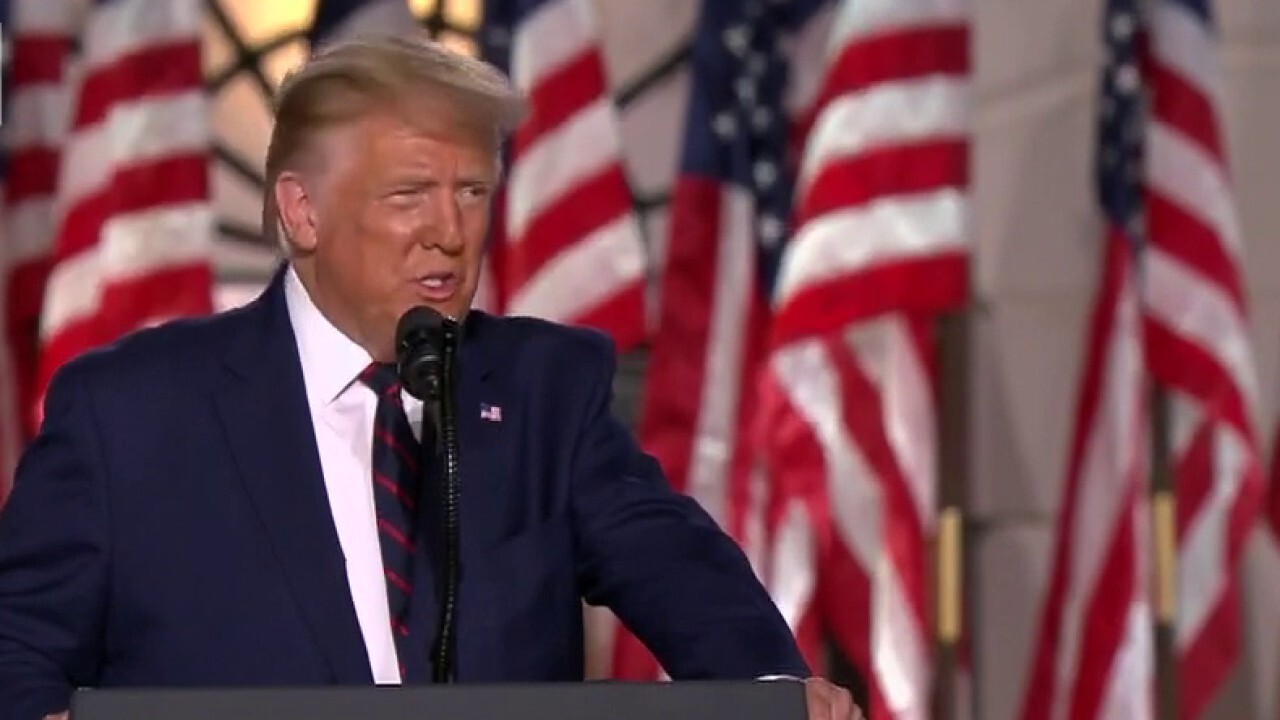 U.S. stocks have battled back from their coronavirus-induced plunge to set a record-setting pace of growth in a critical period for President Trump’s reelection bid.

The S&P 500 is up 60% since bottoming on March 23, and maintaining that average daily gain of about 0.5 percent through Election Day -- while far from guaranteed amid risks from the COVID-19 pandemic and international political shifts  -- would eclipse the pace and size of an epic rebound following the 1938 crash.

It would position the blue-chip index well above 3,630, a milestone that if surpassed would make the rally the "Greatest Of All Time (speed & magnitude),” wrote Michael Hartnett, chief investment strategist at Bank of America.

The comeback, backstopped by unprecedented support from the Federal Reserve, has also been fueled by investor optimism surrounding a recovery from the sharpest slowdown of the post-World War II era and increased optimism that a COVID-19 vaccine will be discovered by the end of the year.

It would be a particular boon to Trump, who unlike most predecessors has pointed to the market as a gauge of his success in office.

Since 1984, the S&P 500 has been a perfect nine for nine in picking the president when looking at its performance in the three months leading up to Election Day, according to data from broker-dealer LPL Financial.

The index, which has correctly picked 87% of all winners, is up 6.4% since Aug. 3, which is the start of the three-month run-up to the election.

Gains during the period have typically indicated a win for the incumbent's party, while declines suggested a change in control.

But with Trump reduced from touting economic strength, a key selling point for his re-election bid before the coronavirus, to promising a return to prosperity, not everyone believes the rally is an indicator he'll keep the White House.

Most of S&P 500's gains this year have come after its breathtaking drop, leaving the index up only 8.6 percent for all of 2020.

Greg Valliere, chief U.S. strategist at Toronto-based AGF Investments, which has nearly $39.5 billion in assets, attributes the growth to the extraordinary support from the Federal Reserve, though he notes that the race for the White House is tightening.

“There's a widespread belief that this is not going to be a Joe Biden landslide, which everybody was talking about in late July,” Valliere told FOX Business, pointing to the former Democratic vice president’s shrinking lead in the betting markets.

On Friday, Biden's edge had narrowed to a 4.2-point spread from 24.1 at the end of July, according to RealClear Politics.

A number of wild cards between now and Election Day, from development of a COVID-19 vaccine to a series of debates between Trump and Biden and more urban unrest, could influence the markets.

Already, stocks are leaving what are typically their most successful three months during an election year and heading into possible turbulence as the vote nears.

Should that hold true now, the S&P 500's gains would nonetheless outpace market rallies in 1938 and 1974, based on Bank of America data.

In the end, the election will be decided on two issues, according to Valliere.

“If Trump loses, he'll lose because of his handling of the virus, he said.

While the president and his supporters have lauded Trump's response, pointing to his curbing of inbound flights from China, where the virus was first reported late last year, more people in the U.S. have been infected with and died from the disease than in any other country.

In response, critics have berated Trump's disbanding of an Obama-era pandemic response team, accused him of failing to adequately marshal federal resources and mocked his ad-lib comment about injecting disinfectant* -- which doctors note is poisonous -- to kill the virus.

If Trump wins, Valliere said, the "major reason is that people see the stock market and the economy doing better."

Correction: This story was corrected to show Trump encouraged injecting disinfectant -- not drinking bleach, a line that was added during the editing process.