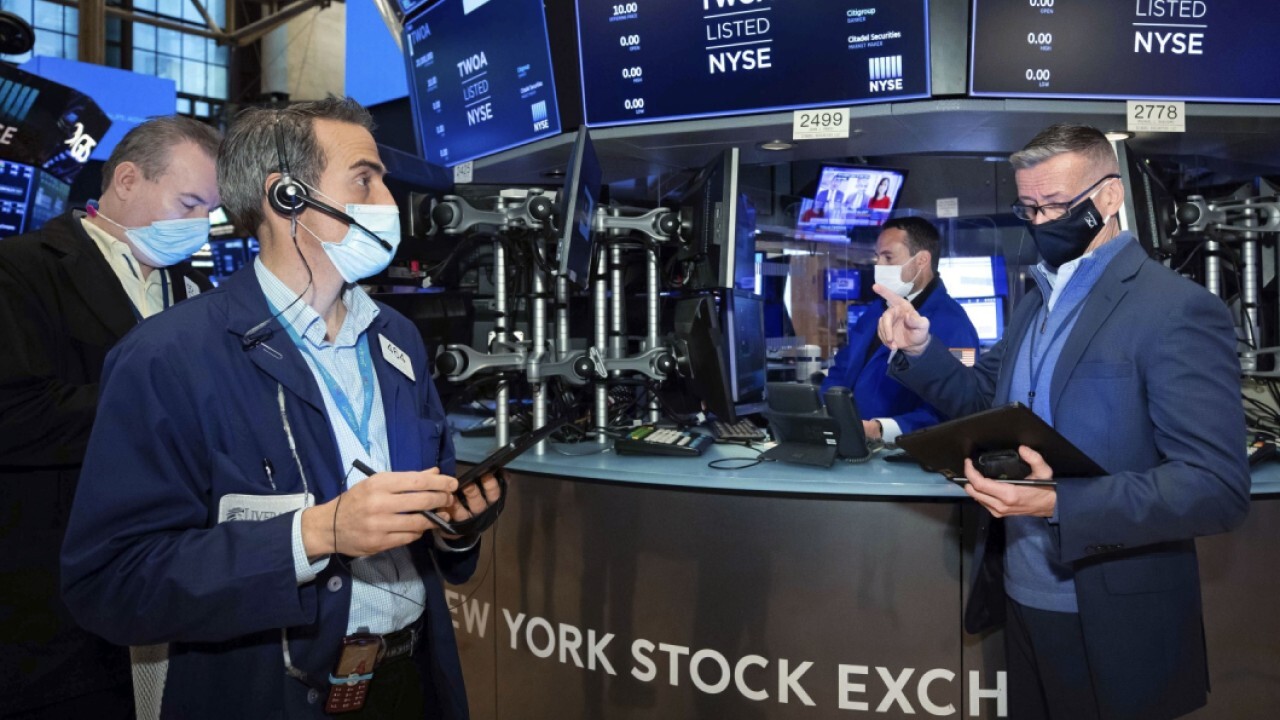 The big economic event of the week, the March employment report, comes our way Friday morning when financial markets and businesses around the world are closed for Good Friday.

U.S. equity futures are trading higher ahead of that report. Futures will trade until 9:15 AM ET.

The most optimistic economists are predicting that the government will report that as many as 1 million jobs were added in March — a blistering gain that would help recover a decent chunk of the 9.5 million jobs that remain lost to the pandemic.

Still, the increase might not be quite that large:

The Labor Department is expected to say the U.S. economy added 647,000 new nonfarm jobs last month, up from a much stronger-than-expected increase of 379,000 jobs in February. The unemployment rate is anticipated to fall further, to 6.0% from 6.2% the prior month, the lowest since March 2020.

After a year of epic job losses, waves of coronavirus infections, and small business closures, numerous trends are brightening the outlook.

Consumer confidence in March reached its highest level since the pandemic intensified. Americans have increased their spending as the latest stimulus checks have been distributed. More states and cities are easing restrictions on restaurants, bars and indoor gatherings. Vaccinations are being increasingly administered, although new confirmed infections have risen from lower levels in recent weeks.

The $1,400 checks in President Biden's $1.9 trillion economic relief plan have sharply increased consumer spending, according to Bank of America's tracking of its debit and credit cards. Spending jumped 23% in the third week of March compared with pre-pandemic levels, the bank said.

Spending had begun to rise in March even before the stimulus checks arrived as viral case counts have tumbled from their heights in January. Americans are increasingly willing to venture out from home to travel and eat out, though not yet at their pre-pandemic pace.

The burgeoning economic activity is showing signs of translating into more jobs.

Job listings on the website Indeed.com jumped in the last week of March, with available jobs now 13.5% above pre-pandemic levels. Jed Kolko, Indeed's chief economist, said that job postings in higher-paid sectors, such as financial services and technology, have accelerated in the past couple of months.

Louise Sheiner, a senior fellow at the Brookings Institution and formerly an economist at the Federal Reserve, estimates that hiring could average between 700,000 and 1 million a month for the rest of the year, if the economy expands at the 6.5% pace that the Fed and many economists expect. That would leave total job growth for 2021 at somewhere between 7 million and 10 million.