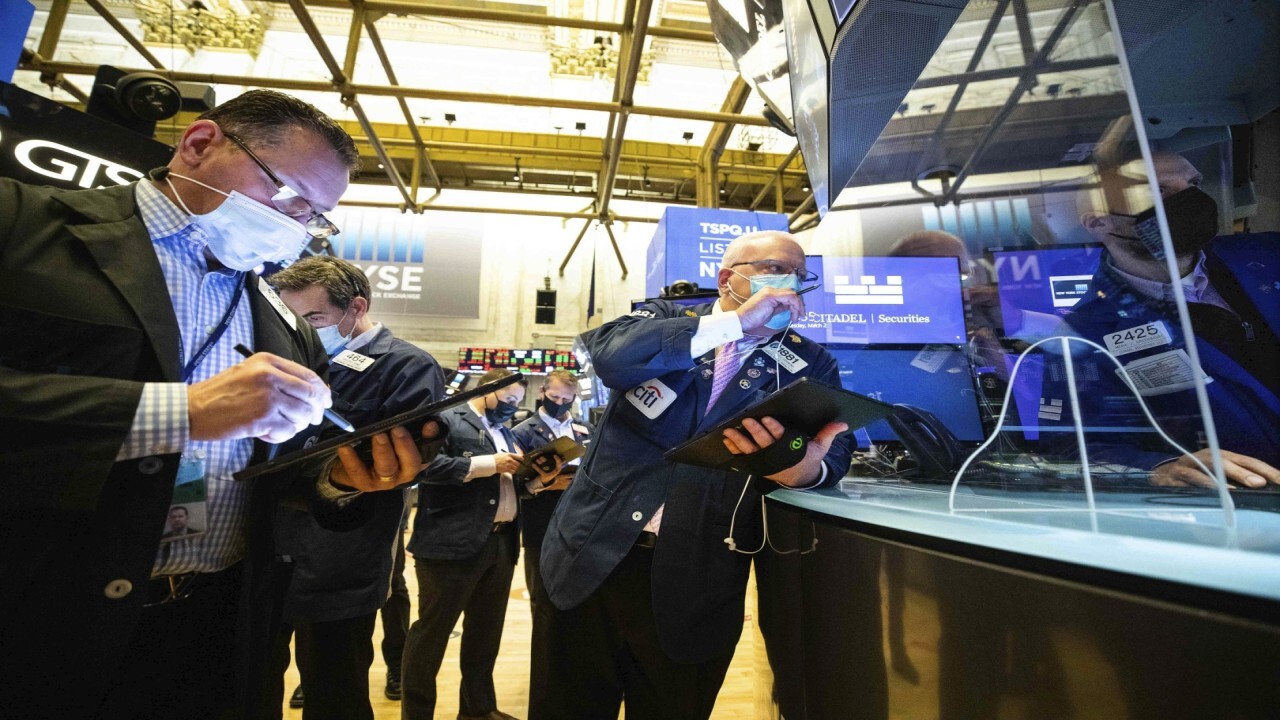 U.S. equity futures are trading higher ahead of the Wednesday Wall Street session as optimism about growth rises as President Biden announced a vaccine plan.

The major futures indexes suggest a gain of 0.7% the opening bell.

Following the recent emergency use approval of Johnson & Johnson’s COVID-19 vaccine, all U.S. adults will be able to receive a coronavirus vaccine by the end of May, President Biden announced on Tuesday.

Biden during a press conference officially announced that pharmaceutical giant Merck & Co. is teaming up with rival Johnson & Johnson to help manufacture its recently-approved COVID-19 vaccine in a bid to speed the country's vaccination efforts, a process that began slowly but has accelerated in recent weeks.

Texas and Mississippi officials have announced they are open for business, having dropped COVID restrictions.

Investors have taken heart from an easing in bond prices that has alleviated worries over possible interest rate hikes. Bond yields have eased and the yield on the 10-year Treasury inched down as low as 1.40% Wednesday.

The first of this week's labor-related reports will be released Wednesday morning.

The payroll processing firm ADP  will issue its National Employment report for February. Economists are looking for a gain of 177,000 private-sector jobs, slightly above January’s much stronger-than-expected tally of 174,000.

The Institute for Supply Management’s non-manufacturing report for February is expected to show expansion in the services sector of the economy held steady with an index reading of 58.7. Any reading above 50 indicates expansion.

Stocks advanced in Asia on Wednesday after a wobbly day on Wall Street.

On Tuesday, the S&P 500 fell 0.8% to 3,870.29 after earlier flipping between small gains and losses. A day before, the benchmark index had leaped 2.4% for its best performance since June. Technology and internet stocks accounted for much of the selling, a reversal from a day earlier.

On Tuesday, Federal Reserve Governor Lael Brainard sought to calm financial markets by emphasizing that the Fed, while generally optimistic about the economy, is still far from raising interest rates or reducing its $120 billion a month in asset purchases.

JAMIE DIMON WARNS TOO MUCH COVID-19 RELIEF COULD POSE THREAT TO US ECONOMY, SAYS DEMS SHOULD BE 'CAUTIOUS'

Federal Reserve Chair Jerome Powell is scheduled to speak on Thursday, and at the end of the week will be the government’s jobs report, which is typically the highlight economic report of every month. It also includes numbers for how much wages are rising across the economy, a key component of inflation.