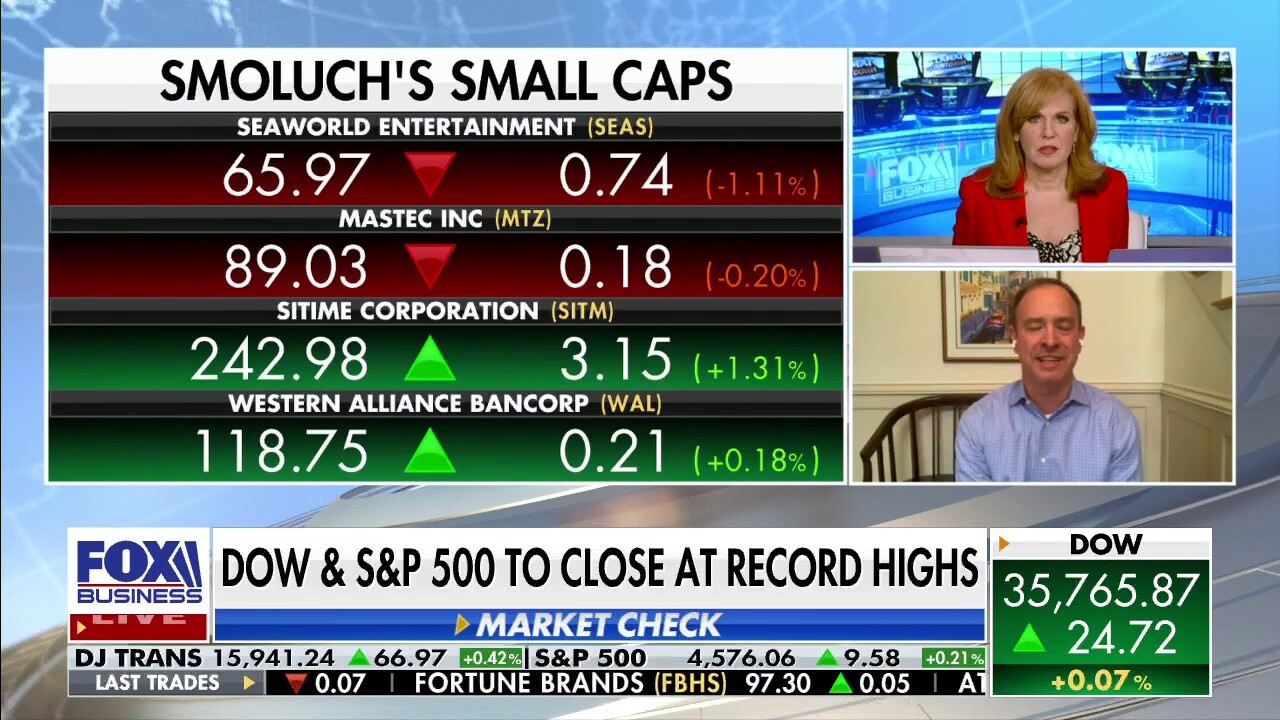 Brian Smoluch is 'all in' with the small caps

The Dow Jones Industrial Average fell 265 points, or 0.74%, while the S&P 500 index lost 0.51% and the Nasdaq Composite index finished unchanged. The weakness in the Dow and the S&P 500 pushed both indexes off their record highs.

Dow component Microsoft Corp. reported net income jumped 48% from a year ago as revenue grew at the fastest pace in three years. Both earnings and sales exceeded Wall Street estimates despite supply chain disruptions in the PC market reducing Windows sales and a slowdown in revenue from its cloud-computing business.

Elsewhere in the Dow, Boeing Co. earned a profit for the second straight quarter as the planemaker ramped up deliveries of its 737 Max jet.

Coca-Cola Co. hiked its full-year profit outlook as the reopening of theaters, restaurants and other venues boosted demand for soda.

Visa Inc. reported overseas spending jumped 38% versus last year but said border closures continued to weigh on business. Both earnings and revenue were ahead of expectations.

In technology, Alphabet Inc. beat on both the top and bottom lines as advertising revenue surged 43% year over year. Revenue from the company’s YouTube unit saw a modest impact due to Apple’s privacy changes.

AMD Inc. reported stronger-than-expected results and raised its full-year sales outlook due to the belief that it can overcome supply chain challenges and meet strong demand for chips used in gaming consoles and data center servers.

Meanwhile, General Motors Co. beat on earnings and missed on revenue and said full-year results will approach the high end of its guidance.

Tesla Inc. continued its climb after Uber Technologies Inc. announced it will team up with Hertz Global Holdings Inc. to offer electric vehicles. Hertz will make up to 50,000 fully electric Teslas available for Uber drivers to rent by 2023.