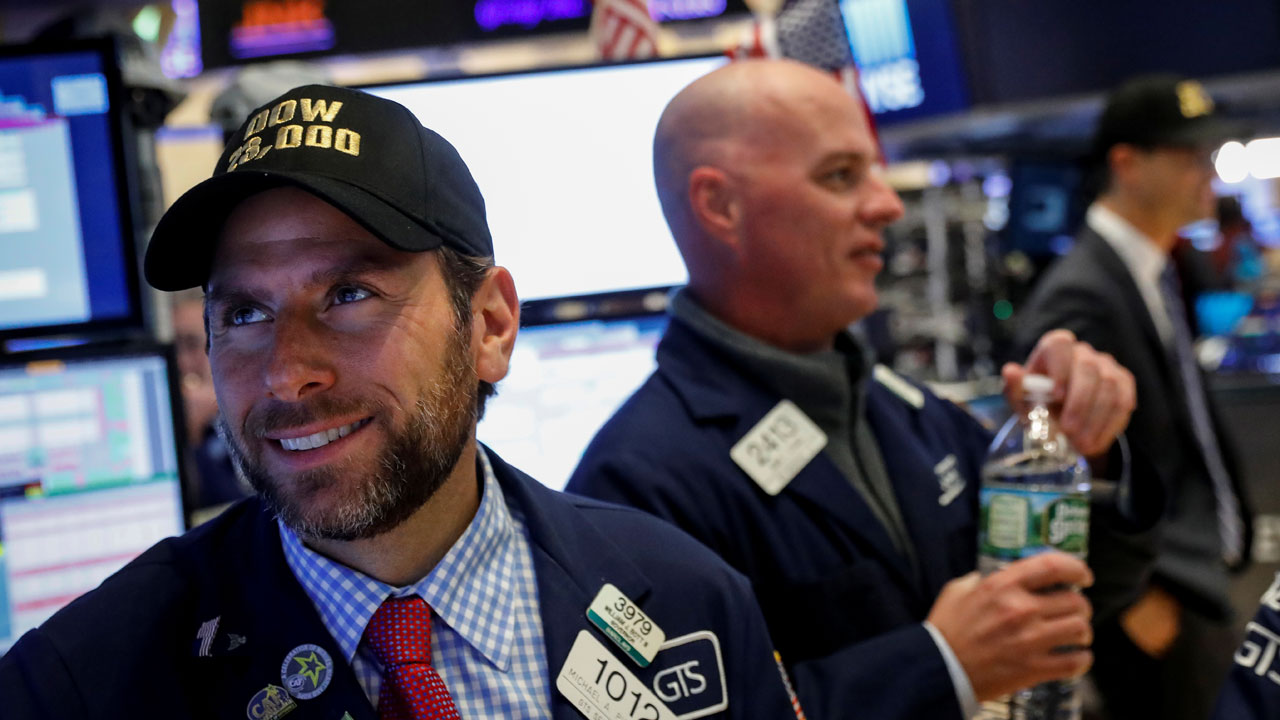 U.S. stock futures edged lower ahead of the Federal Reserve’s two-day policy meeting, which is expected to end with the central bank signaling a faster wind-down of its bond-buying program.

Futures for the S&P 500 fell 0.5% Tuesday. The index also declined Monday, pulling the gauge back from a record high notched last week. Contracts for the tech-focused Nasdaq-100 fell 0.9% Tuesday, and futures for the Dow Jones Industrial Average ticked down 0.2%.

Investors are watching to see if the uptick in Covid-19 cases and the new Omicron variant changes how quickly the Fed will wind down easy-money policies that have helped fuel this year’s stock rally when it concludes its meeting Wednesday. The central bank is expected to move more quickly to wind down its bond-buying program and signal that it will raise interest rates next year to curb inflation.

"It’s a fairly challenging backdrop for the market," said Hani Redha, a portfolio manager at PineBridge Investments. "Things have been fairly directionless in the lead-up to this. The market wants to see confirmation of what they’re going to do."

The new variant is likely to weigh on the global economic recovery, as some countries implement measures to slow its spread, but is also likely to prolong the labor shortages and supply-chain issues that have stoked inflation, Mr. Redha added.

In premarket trading, shares of meme-stocks GameStop and AMC Entertainment continued recent falls, declining about 2.5% and 7%, respectively. Both companies reported news last week that hurt their share prices, with GameStop posting a widening quarterly loss and AMC disclosing that its chief executive and chief financial officer had sold a combined $10.2 million of stock.

Tesla shares edged down 2% premarket Tuesday after CEO Elon Musk sold more stock Monday. Dogecoin jumped as much as 40% after Mr. Musk tweeted early Tuesday that Tesla would make some merchandise buyable with the cryptocurrency.

In bond markets, the yield on the benchmark 10-year Treasury note ticked up to 1.426% from 1.423% Monday. Yields and prices move inversely.

Brent crude futures, the benchmark in global oil markets, declined 1.2% to $73.46 a barrel. On Tuesday, the International Energy Agency said Omicron’s emergence would "temporarily slow, but not upend, the recovery in oil demand."

Overseas, the Stoxx Europe 600 index fell 0.2%. London-listed shares of Rentokil Initial declined 9% after the pest-control company said Tuesday that it would buy Terminix Global Holdings for $1.3 billion in cash and 643.3 million new Rentokil shares in a deal that values the U.S. firm at $6.7 billion. Terminix surged close to 25% premarket.

Swiss drugmaker Vifor Pharma jumped close to 12% after its board recommended shareholders accept a bid from Australia’s CSL that valued the company at $11.7 billion. Online grocer Ocado rose 9% after saying that demand was strong in the fourth quarter and that a patent case had been ruled in its favor. BT shares declined 5% after rival Altice increased its stake in the British telecom company.