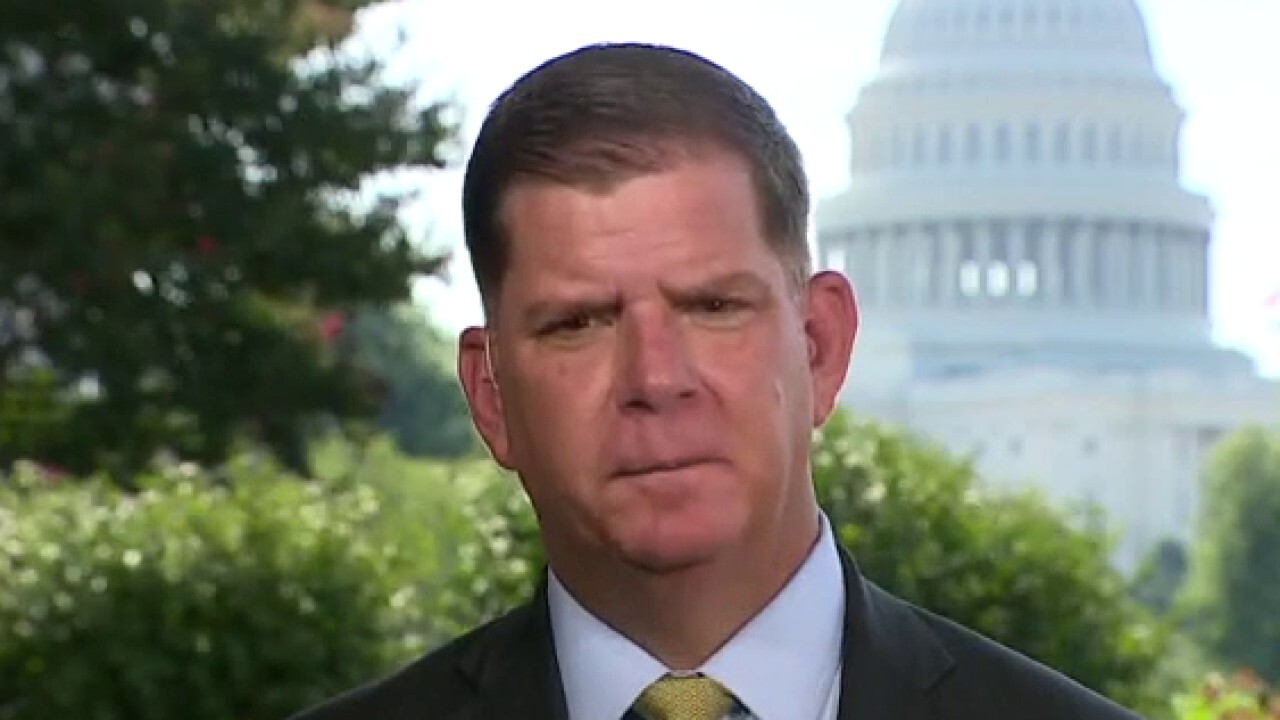 Labor Secretary Marty Walsh argues 'there is no indication at all' that ending the boosted unemployment benefits 'has added to the jobs report.'

The Dow Jones Industrial Average rose 271 points, or 0.78%, while the S&P 500 index and the Nasdaq Composite index advanced 0.6% and 0.78%, respectively. Both the S&P 500 and the Nasdaq closed at all-time highs as the Dow finished 80 points below its own record peak.

The Labor Department said Thursday that initial jobless claims fell to 385,000 in the week ending July 31, in line with analyst expectations. Continuing claims, meanwhile, declined to a pandemic-era low of 2.93 million filings. The improving labor market will remain in focus on Friday when the July jobs report is scheduled to be released.

Employers are expected to have added 870,000 new nonfarm jobs which would be up modestly from a stronger-than-expected increase of 850,000 in June.

In stocks, automakers gained as President Biden touted his plan to make half of all U.S. passenger vehicles sold by 2030 to be electric.

Meanwhile, Robinhood Markets Inc. fell over 27% after stating in a filing that existing stockholders will sell up to 97.9 million shares over time. Shares of the trading app platform had surged 87% over the prior two sessions.

Moderna Inc. reported earnings and revenue that exceeded Wall Street estimates and said its COVID-19 vaccine was 93% effective through the six months following the administration of a second dose. CEO Stéphane Bancel told FOX Business a booster shot for his vaccine could be available as soon as September.

Electronic Arts Inc. said product launches and its live services fueled its stronger-than-expected quarterly results. The video game maker raised its full-year outlook and said its new Battlefield 2042 game would be released before the holidays.

Britain’s FTSE 100 fell 0.05% after the Bank of England kept policy unchanged and warned the U.K.’s economy would face above-target inflation in the near term. Elsewhere in Europe, Germany’s DAX 30 was higher by 0.33% and France’s CAC 40 jumped 0.52%.