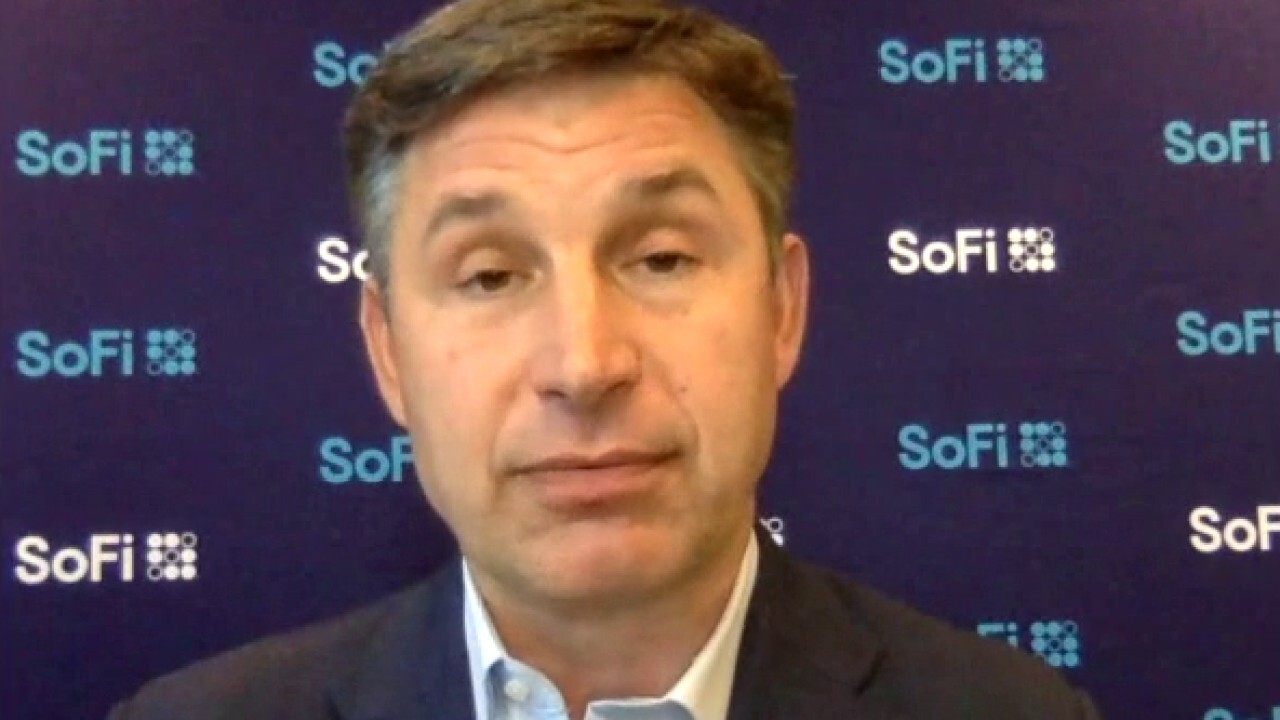 Anthony Noto discusses the structure and success of his company on day one of public trading.

Social Technologies Inc., or SoFi for short, saw its shares swing between gains and losses in their stock-market debut on Tuesday.

Shares of the San Francisco-based online lender, which trade under the ticker SOFI, opened for trading at $21.97 apiece. They hit a high of $22.50 in the opening minutes of trading before falling as low as $20.43 before 10 a.m. ET. Shares have traded in that range throughout the session.

"Today marks an important step on our path toward providing an ecosystem of products, rewards and membership benefits all working together to help our members get their money right," SoFi CEO Anthony Noto said in a statement.

The debut brings Noto full circle after a successful role as a top tech banker for Goldman Sachs and CFO stints at the NFL and Twitter, which turned into a full-time gig following the social media's IPO.

The newly formed company's deal value was $12.93 billion, according to Dealogic. SoFi raised approximately $2.4 billion cash proceeds from the transaction, which will be used to expand into new markets and develop new products.

Palihapitiya, meanwhile, was an early Facebook employee, and has taken a number of companies public through SPACs, including Virgin Galactic Holdings Inc. and Clover Health Investments Corp.