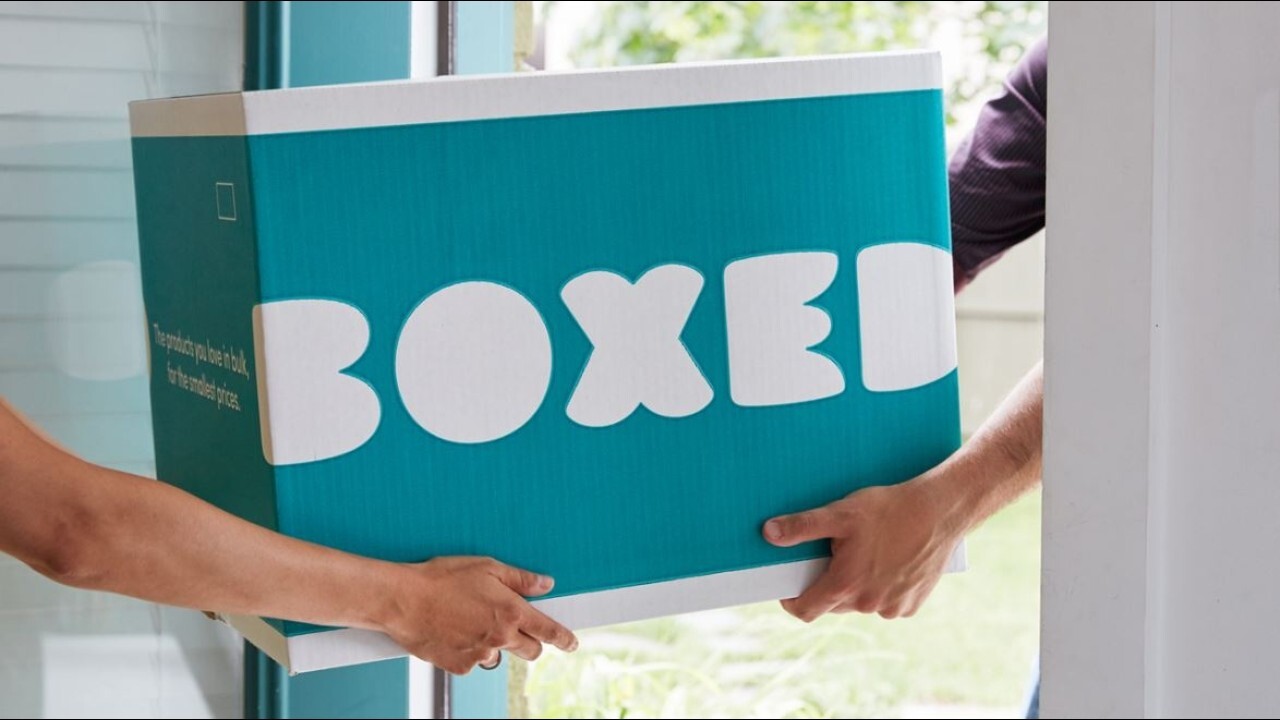 Boxed CEO Chieh Huang discusses his company’s SPAC, the impact of the pandemic and its growth over the past 10 years.

"What we’ve seen during the pandemic is that a lot of the rural audience that was probably a smaller portion of our demographic started to become a bigger part of our business over the last year or so," Boxed CEO Chieh Huang told FOX Business' Stuart Varney.

Special purpose acquisition companies, or SPACs, are shell companies that have no active business operations but are listed on major exchanges where investors can buy shares. They use funds raised by their sponsors and investors to acquire other companies.

Boxed, founded in 2013, provides customers with easy and convenient shopping in bulk for household products, groceries, health supplies and more without the need for a "big box" store membership. The company offers customizable baskets, which hold an average of eight bulk items per order, for about $100 each.

According to Huang, Boxed brought in about $40,000 in sales within its first year and is now projecting over 40% growth in 2022 to more than 300 million in revenue.

"By the end of that five-year forecast period that we've put out, we’ll be just about $1 billion in net sales," Huang added.

Huang explained that Boxed decided to go public through a SPAC rather than a traditional IPO due to the size of its B2B business.

"Most folks out there don’t know that we have a very sizable B2B business that was heavily affected by COVID last year, Huang said. "So to tell investors and tell all the folks out there about the story going forward, about how we see the reopening of America playing out with our business, that was really, really important."

Boxed has also monetized its proprietary technology through a Software-as-a-Service ("SaaS") offering. In January, Boxed inked a multi-year SaaS partnership agreement with Aeon Group, one of Asia's largest retail conglomerates.

In addition, Huang cited the "quantum of capital" offered through a merger with Seven Oaks as a primary reason for going the SPAC route.

Under the agreement, the combined company, dubbed Boxed Inc, is expected to receive $334 million in net cash proceeds from a combination of Seven Oaks’ cash in trust of approximately $259 million, assuming no redemptions by Seven Oaks’ public stockholders, as well as $120 million in fully committed private placement financing. There are no secondary shares being sold by existing Boxed shareholders in the transaction.

The transaction, which has been approved by the boards of directors for both Seven Oaks and Boxed, will require the approval of shareholders from both companies and is subject to customary closing conditions, including regulatory approval. The transaction is expected to close in the fourth quarter of 2021.

Haung will continue to lead Boxed following completion of the transaction, while Seven Oaks' chairman and CEO Gary Matthews will serve as chairman on the board.