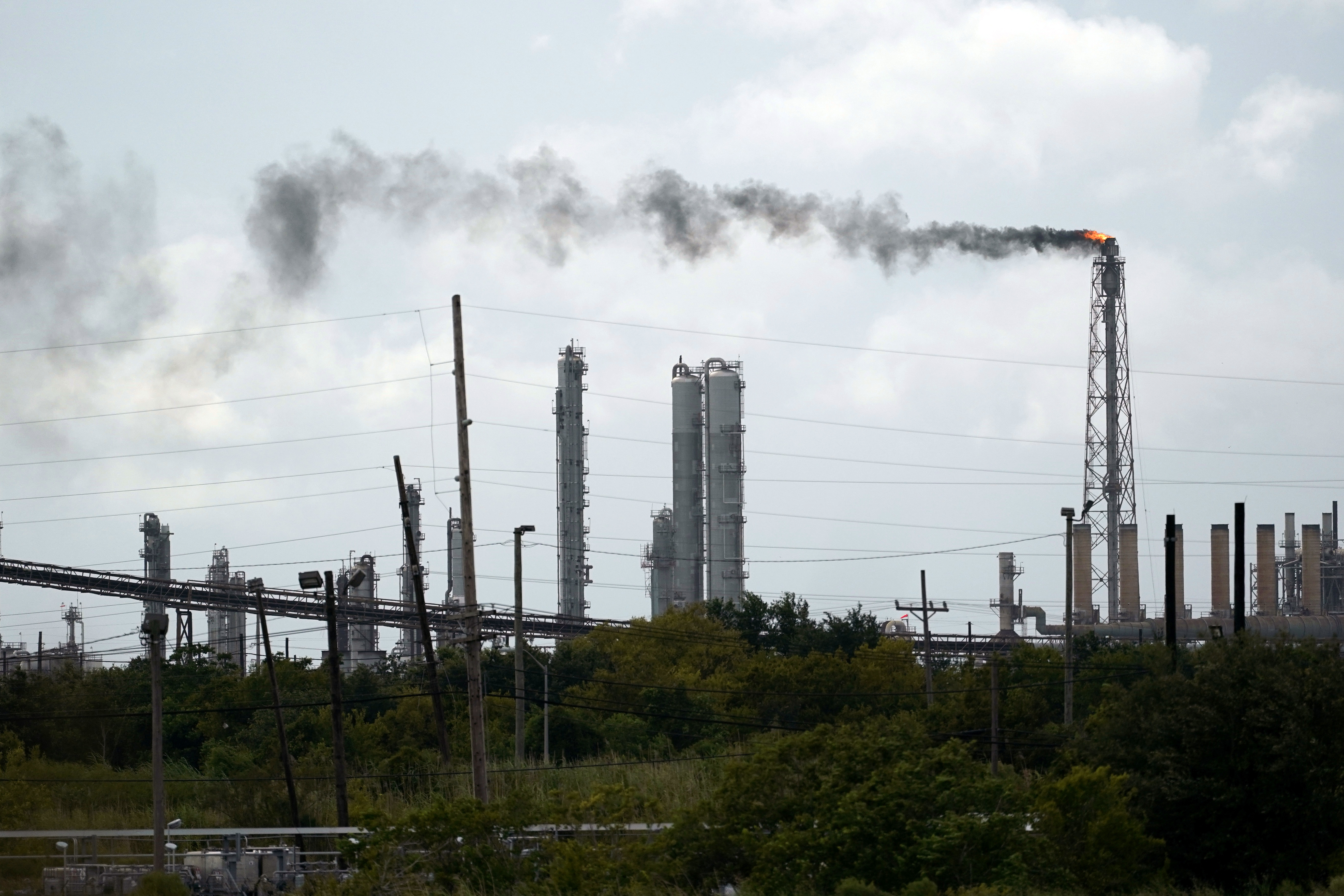 The energy industry is assessing damage caused by storm surges and high winds as Hurricane Laura cut a dangerous path across the coastlines of Texas and Louisiana, making landfall early Thursday.

Oil and gas producers evacuated platforms and rigs in the Gulf of Mexico and companies shut down refineries in the storm's path. More than 900,000 customers were without power in Louisiana, Texas and Arkansas, according to the website PowerOutage.Us, which tracks utility reports.

“We’re still waiting and hoping that the infrastructure in the communities in which we’re operating in Louisiana and far East Texas have not been significantly impacted by Hurricane Laura,” said Suzanne Lemieux, operations security and emergency response manager for the American Petroleum Institute, on a conference call with reporters.

In Texas, the Port Arthur Refinery owned by Motiva Enterprises leaked more than 200 pounds (90 kilograms) of volatile organic compounds, and then emitted 100,000 pounds (45,000 kilograms) of those and other pollutants during its shutdown.

Emissions of this size are typical during refinery shutdowns. Volatile organic compounds can cause cancer, and “there’s no safe level of exposure to them,” said Catherine Fraser, clean air associate at Environment Texas.

When chemicals are burned off or released during refinery shutdowns, "the particulate matter just rains down over the community, over the homes, cars, people, whoever's outside at that given time,” said Hilton Kelley, director of the Community In-Power and Development Association in Port Arthur Texas.

Also in Texas, teams began checking for potential damage at the Valero and Total refineries in Port Arthur and at ExxonMobil’s Beaumont chemical plant. In Louisiana, Citgo and Phillips 66 were preparing teams to check their refineries in Lake Charles, and Grey Rock Resources said there was no damage or leaks at its facilities.

“Right now, assessments are about to be taking place, or are taking place, and we’re still waiting to get more information from our members,” said Jeff Gunnulfsen, senior director of American Fuel and Petrochemical Manufacturers, which represents refineries and petrochemical plants, on a conference call with reporters.

It can take days or weeks restart a refinery. “You’re not just flipping a switch,” Gunnulfsen said. “It’s gradual for each unit to work its way back up to operational status.

The oil industry has been hammered since the start of the year, struggling with low prices after the coronavirus decimated demand. At the same time, OPEC was flooding the market with crude, aiming — with success — to put American oil producers out of business.

The National Hurricane Center said the storm made landfall at 1 a.m. CDT on Thursday near Cameron, a 400-person community about 30 miles (48 kilometers) east of the Texas border. It had maximum sustained winds of 150 mph (240 kph), making it the most powerful hurricane to strike the U.S. so far this year.

Experts say it’s unlikely that the U.S. will suffer from major oil or gasoline shortages due to the hurricane, as other regions fill in the gaps or turn to stored oil. But with high summer demand, there could be some disruptions.

“Inventories have been getting tighter through the summer,” said Peter McNally, global sector lead at Third Bridge, an investment research firm. “There is a buffer, but we still have a couple weeks left in the summer of higher demand, so we could see the surplus come off pretty quickly.”