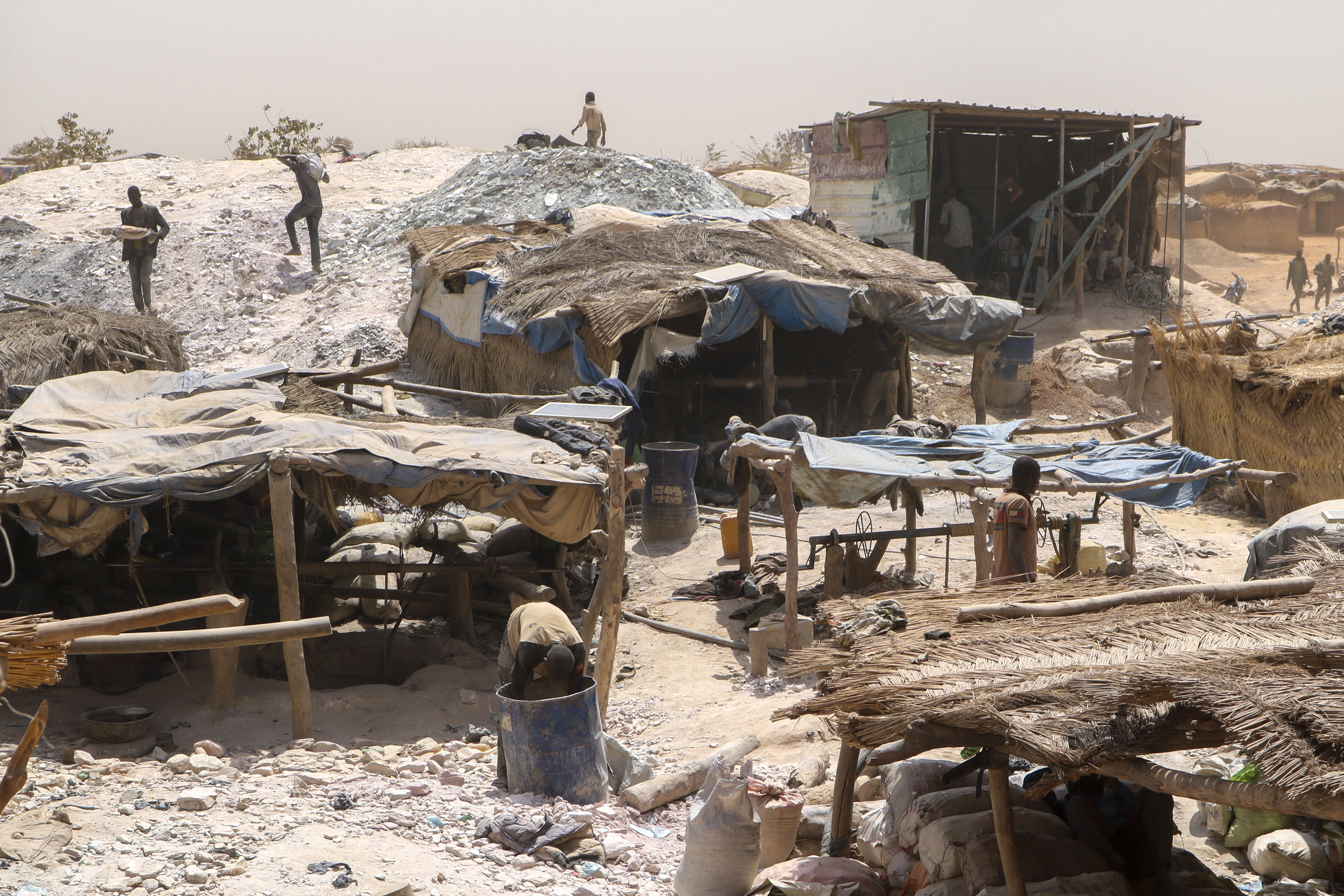 BOUDA, Burkina Faso — Jihadists burst into the gold mine where Moussa Tambura worked in Burkina Faso, forbidding everyone from smoking and drinking. It wasn’t long before the men returned and leveled the place to the ground.

He was able to find work again after fleeing to Bouda, another town in country’s north that still has small-scale mining. Still, he struggles to provide for his family since his new job isn’t as lucrative as his old one.

Jihadists linked to al-Qaida and the Islamic State organization have been overrunning gold mines like Tambura’s one by one as they try to gain control of Burkina Faso’s most lucrative industry. The extremists are then collecting a “protection tax” from communities living around the gold mines and also forcing the miners to sell them the gold exclusively, which is then smuggled and sold across the border in places like Benin, Ghana or Togo.

The violence already has shuttered many small mines across the volatile north and the government also has tried to shut down other small-scale mines in the east so that they can’t be used by extremists to finance more attacks.

Mining Minister Oumarou Idani has called the measure a necessary step in the “fight against terrorism.” But some of the remote sites continue running anyway as they escape the reach of the national government in Ouagadougou, other officials and analysts said.

Some are warning too that the government’s strategy to cut off the flow of money from the east may also backfire, as unemployed miners falling deeper into poverty could become more sympathetic to the jihads’ recruitment messages of marginalization.

“You’re opening up the gates to push people to the terrorists,” said Oumarou Ganemtore, secretary for the National Union of the Artisanal Miners Association of Burkina Faso.

“How do you expect these guys to make a living. What will they do? Where will they go?”

A dust-covered miner walks at a gold mine in Bouda, Burkina Faso. (AP Photo/Sam Mednick)

Some 1.5 million people are believed to be working in small scale mines across the country, according to government estimates. Many of them are young and know the surrounding area well, making them ideal recruits, analysts say.

The mines are more than just a source of revenue and new members for the jihadists — they are also being used as hideouts, said Desire Nikiema, a local mining consultant who works in the region.

“Terrorists can hide in the mines and be anonymous and collect information about the area and feed it back to their networks,” he said.

Prior to onset of the COVID-19 crisis here in March, Burkina Faso had become the fastest growing gold producer in Africa and the fifth largest on the continent, according to a February report by the German-based research group GLOCON. The official $2 billion figure last year though mostly counts gold coming from a few industrial mines.

The country is also believed to have as many as 800 other small-scale mines, where the gold is then smuggled and sold illegally. Burkina Faso’s government has estimated that this illicit market is producing more than $400 million worth of gold a year.

Miners work at a gold mine in Bouda, Burkina Faso. (AP Photo/Sam Mednick)

Jihadists already have seized control of at least 20 such sites in eastern Burkina Faso, according to Mahamadou Savadogo, a regional analyst who has done research with the International Institute for Strategic Studies. And their presence there is growing too, he said, as the army conducts fewer operations amid the COVID-19 crisis.

Burkina Faso already had been described as “locked in a perilous downward spiral” by International Crisis Group before the emergence of coronavirus. Now they are fears the virus and changes in the mining industry could make things even worse. Already some 850,000 people have become internally displaced amid the conflict, according to U.N. figures.

Jonas Hien, program director for the Organization for the Reinforcement of Development Capacities, a local aid group focused on human rights, said a further spike in unemployment could make that situation worse as out-of-work miners migrate in search of income.

In this photo taken Sunday, Feb. 23, 2020, a miner rests his head on a wooden stump at a gold mine in Bouda, Burkina Faso. (AP Photo/Sam Mednick)

Since his previous site shut down, Issa Tambura has joined the night shift crew at the Bouda mine. There already are too many workers there during the day.

“Before (the violence) the only thing you knew was that if you worked hard you would get money,” he said. “But right now people with guns can pop up at any time and mess up the place, and we’re scared.”