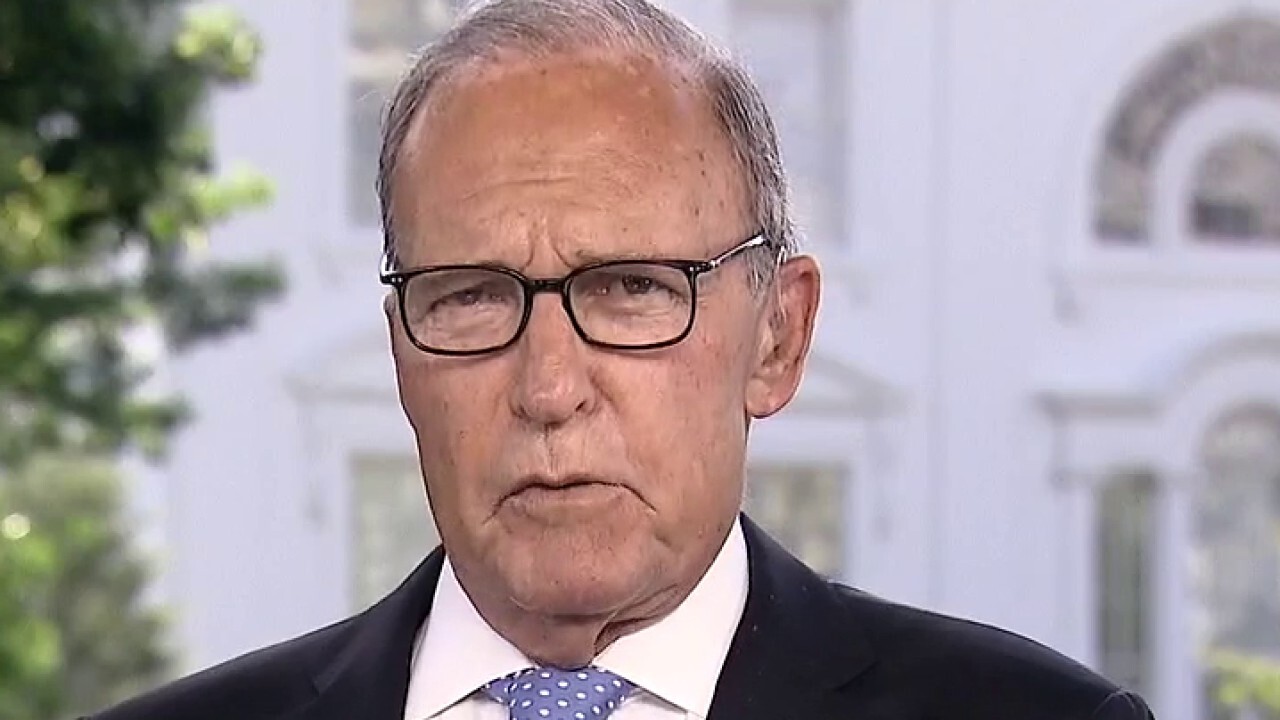 White House Economic Adviser Larry Kudlow said Wednesday that the United States is in the middle of a "V-shaped recovery" amid the coronavirus pandemic that rocked the economy, while warning that it would be a "big mistake" to shut down the country amid a surge in positive cases of COVID-19.

Kudlow was asked Wednesday on "FOX & Friends" about how the latest surge in positive cases of the novel coronavirus could affect the economy.

"We're looking very carefully," Kudlow said, while touting a "tremendous burst of jobs in May and June" and "tremendous record hiring rates." "People are starting to quit their jobs again, which is extraordinary, in order to shop around for better jobs and wages."

KUDLOW SAYS RESURGENCE IN COVID-19 CASES COULD LEAD TO SHUTDOWNS

Kudlow noted that the increase in cases "could have an impact" on some cities in terms of jobs and openings, but said that "we just have to work our way through this."

"We know the right mitigation, which has worked, and if we use that wholeheartedly and respect each other, I think we'll get out of this pretty well and it will not stop the V-shaped recovery," he said.

Kudlow also warned Wednesday that "it would really be a big mistake" to initiate another shutdown.

"Another shutdown, in itself is controversial," Kudlow said, adding that it would "do more harm than good."

"It would harm everyone," Kudlow continued. "Not just businesses — the V-shaped recovery would give way. It would harm kids, we saw numbers on depression, drinking and so on."

He added: "That solution would be worse than the disease."

More than two dozen states are experiencing a surge in positive COVID-19 cases amid their phased reopening.

As of Wednesday, the United States reported more than 2.99 million cases of COVID-19 across the country and more than 131,400 deaths.