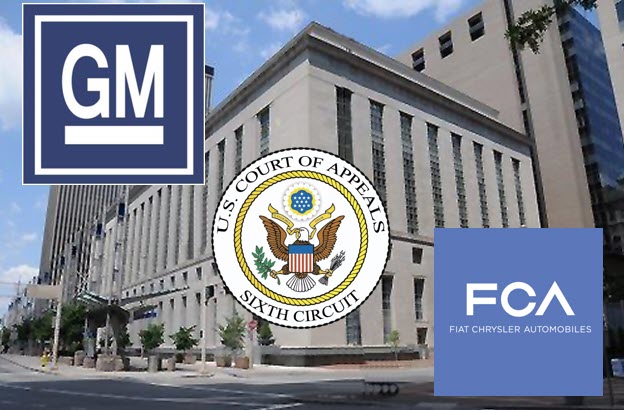 A federal judge in Detroit said Friday that he will not reconsider his July dismissal of General Motors’ racketeering lawsuit against Fiat Chrysler Automobiles.

U.S. District Judge Paul Borman wrote in an opinion that new evidence presented by GM regarding bribes and foreign bank accounts “is too speculative to warrant reopening” the case.

Borman also ruled that the earlier dismissal of the case was not done in legal error.

GM said the payments were made so the officials would saddle GM with more than $1 billion in additional labor costs.

“Even if the affidavits establish that these foreign bank accounts exist, that fact does not rise to the inference advanced by GM, that FCA was more-than-likely using the bank accounts to bribe UAW officials,” Borman’s order stated.

GM IS GETTING OUT OF THE VENTILATOR BUSINESS

GM said Friday that it would appeal Borman’s ruling to the Sixth Circuit Court of Appeals.

“Today’s decision is disappointing, as the corruption in this case is proven given the many guilty pleas from the ongoing federal investigation,” GM said in a statement. “GM’s suit will continue — we will not accept corruption.”

FCA lawyers wrote in court documents that allegations it bribed union officials are “preposterous” and read like a script from a “third-rate spy movie.”

Gettelfinger denied the allegations in a statement and said he had no foreign accounts. Williams’ California home was raided by federal agents but he has not been charged. Iacobelli, who is awaiting sentencing in the federal corruption probe, also denied the claims.

“Judge Borman’s ruling this morning once again confirms what we have said from the beginning — that GM’s lawsuit is meritless and its attempt to submit an amended complaint under the guise of asking the court to change its mind was nothing more than a baseless attempt to smear a competitor that is winning in the marketplace,” FCA said Friday in a statement.