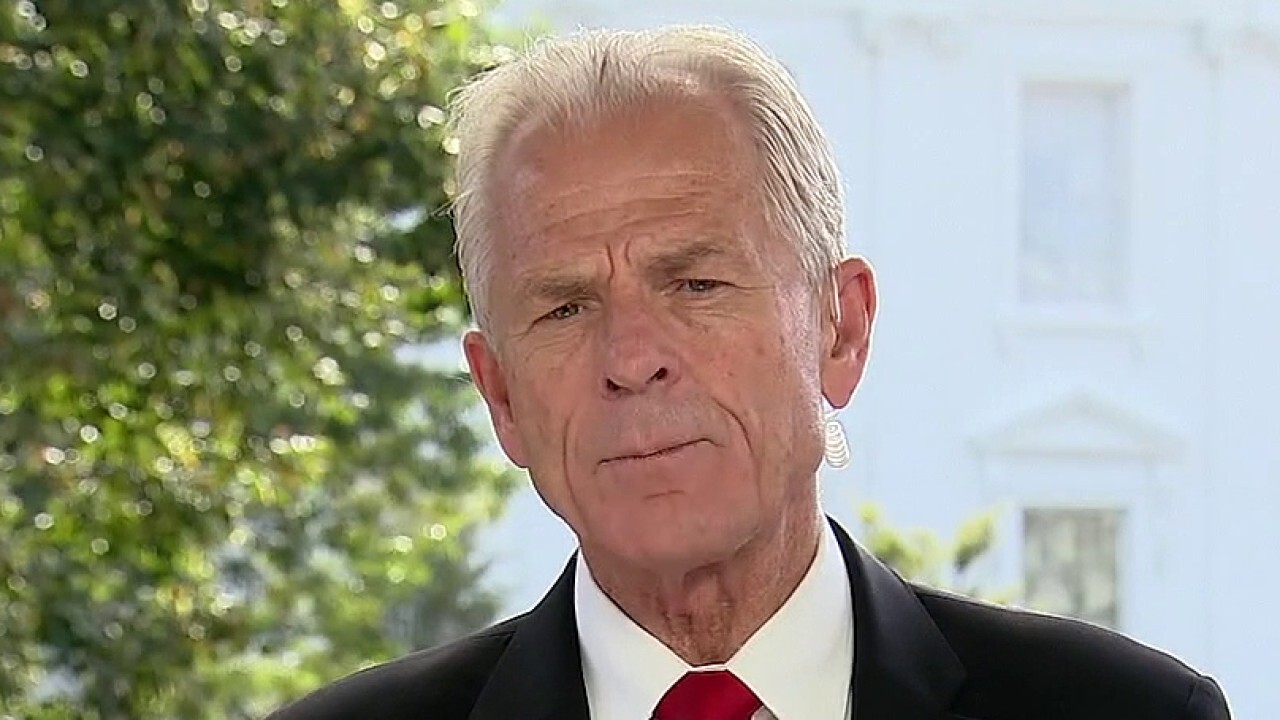 A Biden victory would mean "devastation in the Midwest, our blue-collar workers just getting hammered," Navarro told "Sunday Morning Futures."

"We lost over 70,000 factories, over 5 million manufacturing jobs, and it was because Joe Biden likes made in China," Navarro said. "Donald Trump came along. ... He said, 'Hey, that's not good. That's not right. I'm going to fix that.' And so what President Trump has been carefully doing is putting in place a wide range of policies, whether it's lowering the corporate income tax to bring investment on-shore, steel and aluminum tariffs, or buy American."

Biden steps from his car as he arrives to board a plane at New Castle Airport, in New Castle, Del., Sept. 3, 2020, en route to Kenosha, Wis. (AP Photo/Carolyn Kaster) (Associated Press)

"Economic security is national security. That's one of the principles of the Trump Administration and what we learned from this China virus pandemic," Navarro said. "If we bring those jobs back onshore as we have been doing, we will create great jobs at great wages but also protect the American people from the Chinese communist party."

Navarro touted Trump's stance on U.S. manufacturing, but the president has repeatedly taken criticism for manufacturing his branded products in other countries, including China.