President Trump made an election promise to create jobs for American people, and the latest jobs report indicates that he has kept his promise.

The government on Friday released its latest jobs report, which showed that the U.S. added 313,000 non-farm payrolls in the month, handily beating analysts’ consensus expectations for 200,000 new jobs in the month. The result was so surprising that not only did it top the average forecast, it beat the most aggressive analyst forecast for 300,000 jobs.

According to U.S. Secretary of Labor Alexander Acosta, “The non-stop job creation since the election has yielded 2.9 million jobs.  For the fifth month in a row, the unemployment rate remained at 4.1%, a 17-year low. Goods-producing industries such as manufacturing, mining and logging, and construction collectively had the highest month-to-month growth since 1998.”

A stellar measure included in the reading was the fact that 806,000 Americans entered the workforce in February. According to FOX Business’ Adam Shapiro, this was the highest reading since 1983. 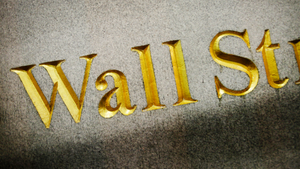 Global stock markets are rising Friday on the back of strong U.S. jobs figures, while investor concerns about rising inflation have eased.

Wage growth moderated after January’s lofty reading, to 2.6%, well below the 2.8% forecast and is down from 2.9% annual growth in January, easing worries about wage inflation. The lofty measure contributed to a market sell-off that sent the Dow Jones Industrial Average and the S&P 500 into correction territory.

When it comes to the latest reading on wage growth, Aberdeen Standard Investments Senior Investment Manager James Athey noted that it “should lead markets to conclude that the path for rates will continue gradually higher in line with what the Fed has suggested.”