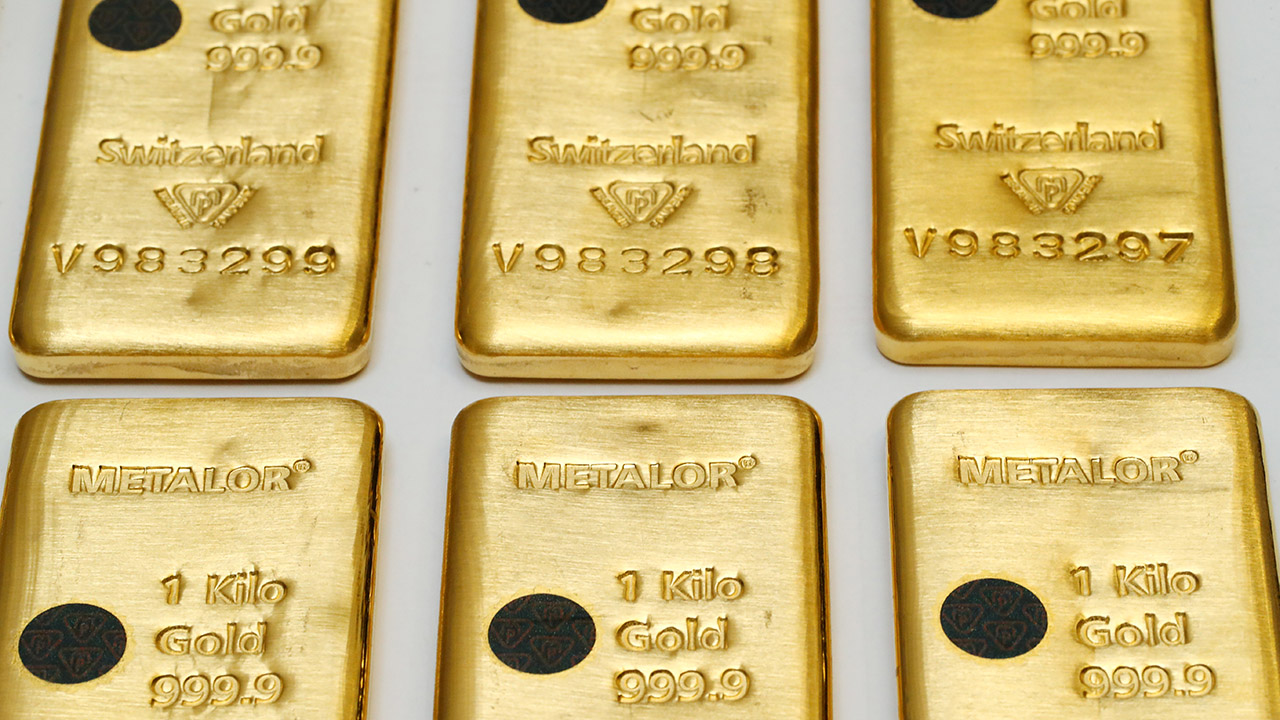 Gold prices have surged near their highest level in five months, a sign of growing unease that inflation will slow the economy and undercut the stock market’s steady run up.

Most-actively traded gold futures inched down 0.1% Monday to $1,866.60 a troy ounce but stayed just below their highest point since mid-June. Prices broke out of a long rut last week, adding nearly 3% after data showing inflation surged at its highest annual pace in three decades in October.

The haven metal’s sudden climb shows investors’ mounting anxiety that inflation will linger longer than Federal Reserve officials expect, throwing the economy into a period of sluggish growth and rising consumer prices. That would eventually hit corporate profit margins and threaten stocks, some analysts say. Investors prize gold for its history as a store of value and tend to buy it when the growth outlook is murky or they expect higher inflation.

Before last week, the metal’s listless 2021 had been taken as a sign of Wall Street’s confidence that inflation would cool. But lately, traders have ramped up bets that persistent inflation will force the Fed to raise interest rates more quickly than currently forecasted next year. That has narrowed the gap between short- and long-term government bond yields, a phenomenon known as a flattening yield curve that has reinforced worries about the economy.

Taken together, the recent swings in gold and segments of the bond market show that some traders expect the combination of supply-chain snarls and buoyant consumer demand to last well into the future. Some analysts are also worried that longer-lasting inflation could threaten a rally that has lifted the S&P 500 by 25% this year and powered the index to 65 record closes.

"We’re really seeing investors say, ‘Well, this inflation could be a little more sticky, so we do need to add precious metals,’ " said Chris Gaffney, president of world markets at TIAA Bank. He is recommending clients increase their gold allocations toward the upper end of his normal 5% to 10% range.

Falling inflation-adjusted returns on bonds have supported gold prices because the metal doesn’t offer fixed income simply for holding it and becomes more attractive when long-term government-bond yields retreat. Even after the inflation data sparked a climb last week, the yield on the benchmark 10-year Treasury note settled Monday at 1.621%. That’s still well below its 2021 high of 1.749% reached at the end of March.

In another sign of optimism about bullion, investors have bid up shares of miners, which tend to move in more extreme ways than the metal itself. U.S.-listed shares of Barrick Gold Corp. have gained 7.3% in the past week, while Colorado-based Newmont Corp. is up nearly 5%. The VanEck Gold Miners ETF has added 6.1%, trimming much of its drop for the year and outpacing the S&P 500’s 0.4% decline in that span.

"Despite both U.S. rates and the dollar rising of late, gold seems to have found its stride and is focusing on the troubling inflation picture instead," wrote Ed Meir, a consultant focused on metals at brokerage ED&F Man Capital Markets, in a note.

Many investors have also used tumbling inflation-adjusted yields, or real yields, to justify the torrent of money going into the stock market. But some analysts caution that heightened inflation anxiety and fears that the Fed can’t contain it are hanging over the broad market advance entering winter.

Still, many analysts see strong earnings growth supporting major indexes and limiting some demand for gold. Prices remain down slightly for the year and nearly 10% from their record highs above $2,050, hit in August 2020.

Another force that could dim the outlook for gold: Some bitcoin fans contend the cryptocurrency will supplant gold as an inflation hedge, though many analysts question that assertion, pointing out that bitcoin has tended to perform well during market rallies and hasn’t been tested during any prolonged downturn or inflationary episode.

Some analysts worry a rebound in yields and a strengthening dollar could slow the gains. The WSJ Dollar Index, which measures the U.S. currency against 16 others, recently hit its highest levels since September 2020, making gold, which is denominated in dollars, more expensive for overseas buyers. A rebound in bond yields could further lift the dollar, and make bonds’ income more attractive for yield-seeking investors.

Fed officials and other economists anticipate that inflation will cool next year, potentially easing some strain on consumers who are paying more for groceries and gas.