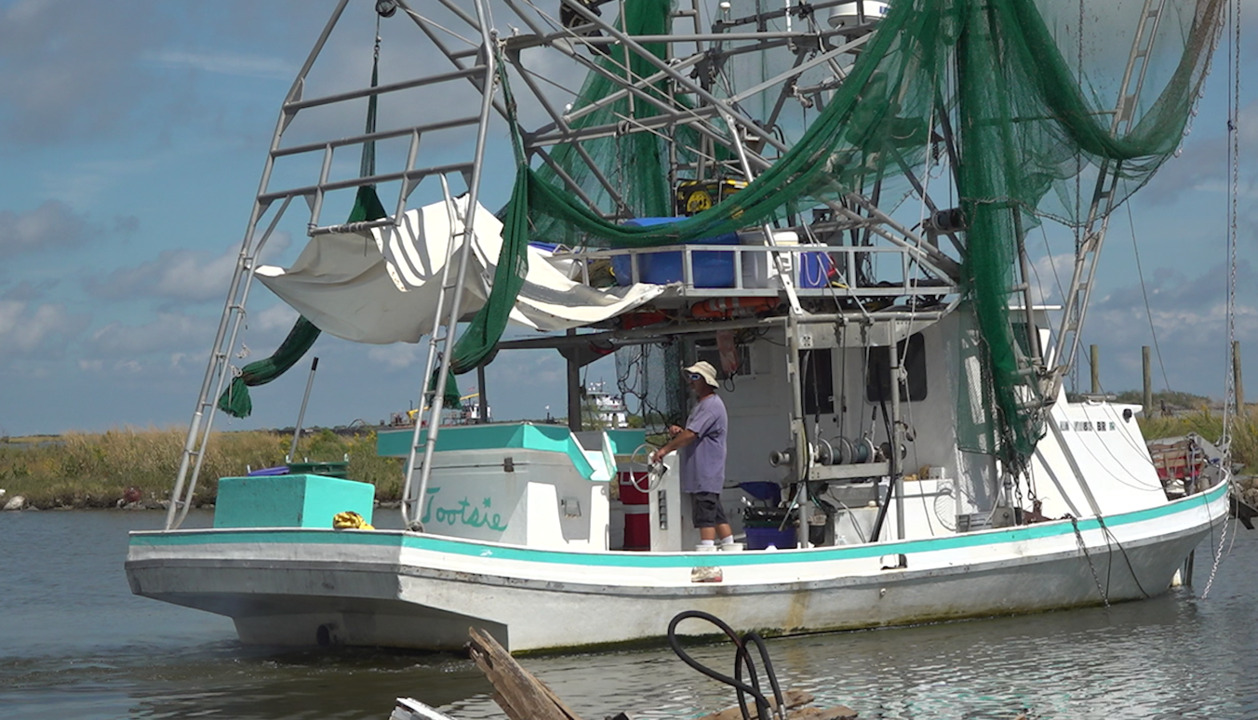 In August, Hurricane Ida capsized dozens of fishing boats and wiped out many seafood farms.

Louisiana's $2.4 billion seafood industry is in shambles following Hurricane Ida, with dozens of fishing boats lost and many seafood farms completely wiped out, the state says.

For thousands of fishermen and farmers across the state, their livelihoods are on the line.

Oyster farmer Scott Mauer lost nearly a 100,000 oysters to Hurricane Ida. He says it will take him at least a year to replenish his farm.

Just a snapshot of the oysters lost during Hurricane Ida.

"You can't just go out and catch more," Mauer said. "That's the hardest part because we have zero income now, have to keep working, but won't have any source of income for about a year."

Nearly all the fishermen and women on Grand Isle are in the same boat, but not just figuratively. Mauer is one of the only oyster farmers on the island who still has a working boat. He's now sharing it with his competition.

"Living down here on the coast, if you haven't experienced anything tragic yet, you will," Mauer said. "Just because I have the boat this time, maybe I won't next time. We really rely on each other here."

The state is predicting a decline in seafood production this year, which could mean higher prices. Robert Collins, the owner of Louisiana Dried Shrimp Co., says Ida could affect the market for years to come.

"I sell all over the country and I'm not even sure if I'm going to reopen or not," Collins said. "It's all guys my age. I'm older and I'm tired. We're tired of fighting this."

Collins says many shrimpers don't have the money to rebuild. They also missed out on one of the most lucrative months of the year. In September, shrimping companies can usually process up to 500,000 pounds of shrimp each before the cooler weather rolls in.

With one dock back up and running on Grand Isle, fishermen are doing everything they can to get back on the water.

On Grand Isle, only one of the docks is back up and running.

"We got a long way to go right now," Collins said. "Everyone is not sure what is going to happen next."

In Louisiana, one out of every 70 jobs is related to the seafood industry. The state estimates that at least 23,000 seafood workers were significantly impacted by the storm.

Crab cages sit empty as damaged equipment keeps fishermen out of the water.

The state is asking the federal government for assistance to help seafood workers get back on their feet, but this will likely take months. Congress just approved relief dollars for storm damages from 2020.