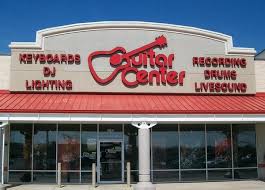 Guitar Center Inc, the largest U.S. retailer of music instruments and equipment, has reached a restructuring agreement with key stakeholders that includes debt reduction by nearly $800 million, the company said in a statement.

The retailer signed the Restructuring Support Agreement(RSA) with its equity sponsor, a fund managed by private equity firm Ares Management LP, new investors Brigade Capital Management and a fund managed by Carlyle Group, as well as supermajorities of its noteholder groups.

The agreement includes new equity investments of up to $165 million to recapitalize the company, the retailer said.

The company expects to file voluntary petitions for reorganization following Chapter 11 in the U.S. bankruptcy court to execute the prepackaged financial restructuring plan, according to the statement.

Guitar Center, which owns nearly 300 stores across the country, said business operations will continue without any interruption under the deal.

In 2017, the company said it was exploring ways to restructure its $1.3 billion debt burden as music lovers moved their shopping online.

Guitar Center began in 1959 as a store selling home organs in Hollywood.

(Reporting by Aishwarya Nair in Bengaluru; Editing by Kim Coghill)