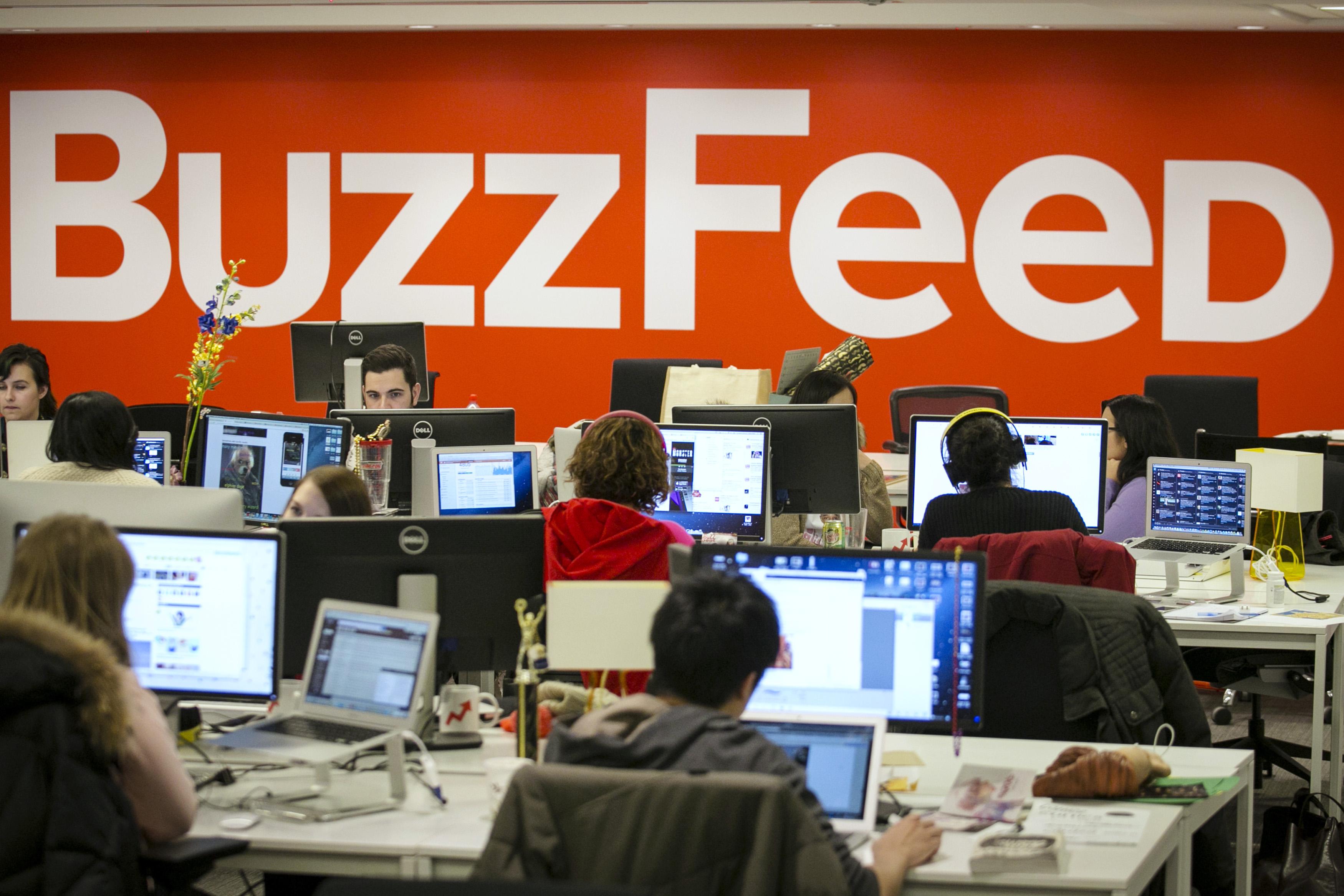 Momentum is building toward consolidation in the digital media sector as big and small players alike look for potential combinations.

BuzzFeed Inc. and NowThis owner Group Nine Media Inc., two of the largest venture-backed outfits, are exploring deals to buy competitors or go public through special-purpose acquisition companies, or SPACs, according to people familiar with the matter. Those blank-check companies raise capital by going public and can put the proceeds into deals.

Other potential targets are beginning to emerge, including the youth-culture media company Complex Networks and news curation startup theSkimm. Neither company is currently in talks to sell, some of the people said.

Appetite among venture-capital investors to continue funding digital media outlets has diminished. Big media companies, including AT&T Inc.’s WarnerMedia, Comcast Corp. ’s NBCUniversal and Walt Disney Co., invested millions in digital startups and were once thought of as the logical buyers of such outlets. But as those media giants focus on their streaming-video businesses, their interest in digital publishers has waned.

Dealmaking quieted down in 2020, as the coronavirus pandemic triggered a steep decline in ad sales, leading digital media companies to cut costs through layoffs and furloughs.

Digital advertising has begun to recover in recent months, and some of the biggest new-media companies have rebounded onto stronger footing to pursue deals.

BuzzFeed Chief Executive Jonah Peretti said in a note to staff Thursday that the company would book a $30 million profit this year on revenues of $300 million. Vox Media is expected to be profitable this year, according to a person familiar with the matter, and its revenue grew in the last quarter of the year.

Group Nine, which also owns sites such as animal-focused The Dodo and lifestyle-oriented Thrillist, has consulted with advisers in recent weeks about buying competitors through a SPAC, The Wall Street Journal reported. Such deals that could expand its audience and increase its leverage with competitors.

BuzzFeed is exploring going public through a SPAC, according to people familiar with the matter, but hasn’t begun talks with blank-check companies. Media executives see Vox Media as an attractive candidate to be acquired by a SPAC.

Axios, a digital publishing startup that specializes in short-form news, has held talks to assemble a group of business-to-business publishers or consumer media sites, according to a person familiar with the matter.

Earlier this week, Axios said it purchased digital publisher Charlotte Agenda, part of a push into local news. Axios believes it can market its in-house publishing system to corporations for their own internal communications and is seeking to position itself as a software-as-a-service provider, the people said.

Local website network Patch, which is owned by private-equity firm Hale Global and Verizon Communications Inc., has tapped an investment bank to consider a sale after receiving acquisition interest, according to people familiar with the matter. Patch is among the digital players that has sought to help fill the void caused by the long decline of local newspapers. The company went through problems and was subject to steep cost-cutting under previous owner AOL, but it has recovered under Hale, its new majority owner.

Dealmakers face potential obstacles. For one, many don’t have the cash flow to finance acquisitions. Doing deals through blank-check companies isn’t as straightforward as traditional acquisitions and requires going through a regulatory process. But publishers might choose that route because it provides necessary capital, said Tony Haile, a digital media entrepreneur and CEO of subscription service Scroll.

“You’ve got a bunch of people who are open to selling, and all the traditional buyers are basically missing in action,” Mr. Haile said. “So when an opportunity which might have a limited window like a SPAC comes through, you have to move.”

—Lukas I. Alpert, Jeffrey A. Trachtenberg and Cara Lombardo contributed to this article.