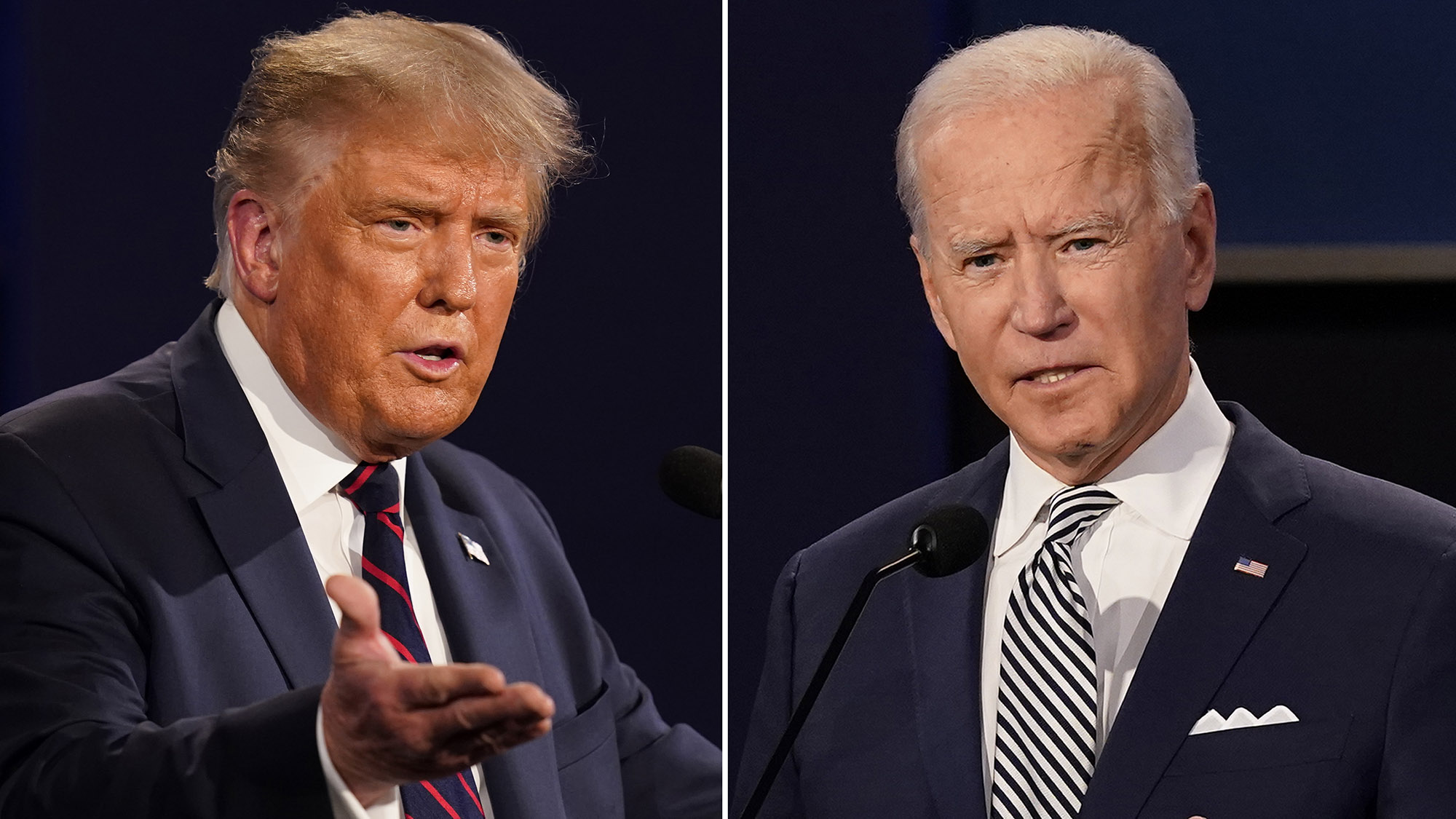 After winemakers, cookie bakers, and olive growers wound up as collateral damage, Europe is closely watching the U.S. presidential election, waiting to see whether the next four years will mean more tariff wars under Republican President Trump or a shift toward less confrontational negotiation under Democratic challenger Joe Biden.

It's no secret that European officials are more in tune with Biden's stated intent to improve transatlantic relations. But no matter who wins, fundamental disputes that erupted — or in some cases, merely worsened — under Trump may not be quick or easy to resolve.

In particular, Europe's push for digital taxes on American tech behemoths like Google and Amazon could mean friction no matter who is in the White House. Likewise with the dispute over government support for Europe's aircraft maker Airbus and America's Boeing, which dates to well before Trump. And don't forget Europe's longstanding ban on U.S. chicken treated with chlorine.

Chad P. Bown, senior fellow at the Peterson Institute for International Economics, says that even in friendlier times, “there are bilateral irritants, there always have been and there always will be. It's the nature of trade, they're going to be there — and they have to be resolved."

And that is fraught with consequences for the 16 million workers on both sides whose jobs are supported by transatlantic trade, the biggest such relationship in the global economy. Tit-for-tat tariffs over the past four years have affected companies and people making and selling a whole host of goods.

Among them are German makers of sweet biscuits, who have been sideswiped by tariffs imposed by the U.S. after the World Trade Organization ruled European governments had broken the rules with subsidies for Airbus. The German confectionery association, known by its German acronym BDSI, says that affected producers have lost 30% of their export volume in the first half of this year.

“The small and mid-size, mostly family run enterprises have overnight and through no fault of their own lost a substantial market, which they built up and with great effort over decades,” said Andreas Nickenig, chair of the fine baked goods sector of the organization.

Tariffs have also hit French, German, Spanish and UK wine as well as raspberry and lingonberry jam from France and Germany, for instance. Matters could escalate if the EU imposes tariffs on U.S. products in retaliation for tax breaks given in the past to Boeing.

Trump has used strong language about Europe's trade surplus with the U.S., saying that the EU is “worse than China” and “has been treating us very badly” with “barriers that are incredible.”

Some observers have expressed the hope that Biden could send a message by dropping the tariffs that Trump slapped on European steel and aluminum, enraging the Europeans and other allies by calling their metals a threat to U.S. national security. The so-called Article 232 proceeding both hurts European producers and raises the cost of steel for American companies. Europe retaliated by raising tariffs on U.S.-made motorcycles, bourbon, peanut butter and jeans.

Claudia Schmucker, a trade expert at the German Council on Foreign Relations, said that “it would be a major sign of willingness to work with the EU” if Biden were to announce shortly after taking office that he intends to suspend the steel and aluminum tariffs, much as Trump repudiated the Trans-Pacific Partnership trade deal with Asian countries excluding China as one of his first official acts. There are hopes Biden would take a more rules-based approach based on the World Trade Organization, an international forum for resolving trade disputes.

But analysts caution those with such high hopes might be disappointed: Biden “will focus on U.S. national interests and U.S. economic recovery, and if he has a feeling that this would be detrimental he might not do it,” Schmucker said.

Biden's foreign policy adviser, Anthony Blinken, has said Biden would end the “artificial trade war" with Europe, calling it a “self-inflicted wound” that has cost American jobs — but also would not hesitate to use tariffs if foreign competitors cheated on trade provisions.

One thing that's not likely: a sweeping free trade agreement that would remove tariffs and lower other barriers such as different product safety rules. The Obama Administration started talks held in 2013-2016 but the Transatlantic Trade and Investment Partnership, or TTIP, was greeted with street protests in European cities, and Trump dropped it for his own approach.

The digital tax, passed in 2019 but suspended for now by France, presents complex challenges whoever is president — and indicates that the U.S. isn't the only partner capable of unilateral moves. The tax movement is led by French President Emmanuel Macron, who has indicated the tax would be dropped if the US and other countries can agree on a common approach in negotiations conducted through the Paris-based Organization for Economic Cooperation and Development.

Peter Chase, senior fellow at the German Marshall Fund of the United States in Brussels, said the digital issues show that “there are any number of places where Europeans are moving in a direction that would certainly irritate things, even under a new administration.”

Given the vast investment each side has in the other, the trade ties can be compared to a decades-old marriage with kids. The EU and the U.S. "are a couple with a lot that's invested in a good relationship," said Chase. "They're destined, in that sense, to remain together. Yes, it can be saved, but the question is, can it be as good as it was?”