In its Annual Energy Outlook, BP said the world’s appetite for oil and other liquid fuels could continue to grow until around 2035, before plateauing around 2040.

BP foresees a 100-fold growth in electric vehicles by 2040, but its chief economist Spencer Dale was quick to point out that even if all combustion engine vehicles were replaced by electric vehicles, it would only reduce daily oil consumption by 10 million barrels of oil, which is equivalent to about one-tenth of current, total demand.

Oil demand, however, will change as there will be a big shift in the energy mix. By 2040, oil, coal, gas and non-fossil fuels will provide about 25% of the world’s energy mix, that will be, by far, the most diversified fuel mix the world has ever seen, Dale added. 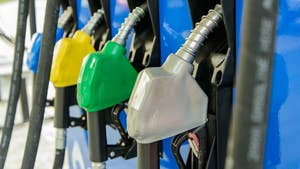 Gasoline tax hike: These states would be hardest hit

Mississippi and Wyoming households would face the highest annual fuel tax consumption costs under a 25-cent increase that President Trump is said to support.

Overall, according to BP, there will be three themes in the energy transition over the next 20 to 30 years: increasing prosperity, increasing global competitiveness and improving technology.