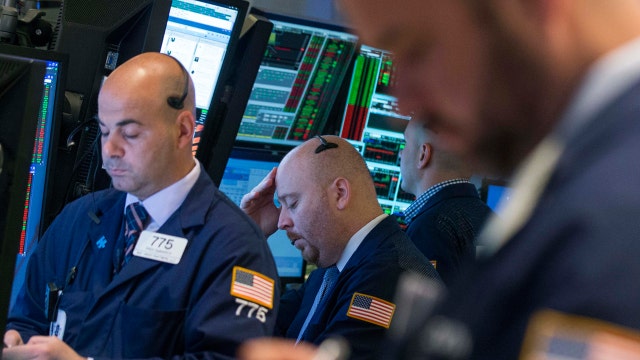 Dow closes in negative territory for 2015

Claman on Call: FBN’s Liz Claman with an after-hours web exclusive on the markets, oil prices and Wal-Mart and Chipotle stocks.

It was a nail biter of a finish for 2015 as the S&P 500 teetered between positive and negative all day, before finally ending in the red by just under 1%. The Dow closed in negative territory for 2015. This is the first time that has happened since 2009. The Nasdaq managed to close the year higher by 5.7%.

Coming out on top of the S&P 500 this year was Netflix (NASDAQ:NFLX)! The online streaming service saw gains of 134% thanks to hot shows like "Orange is the New Black," "House of Cards" and several original movies that premiered this year.

Energy was the worst performing sector this year and it took its toll on many energy stocks, including the biggest losers on the s&p 500 - Chesapeake Energy (NYSE:CHK), Consol Energy (NYSE:CNX) and Southwestern Energy (NYSE:SWN). All dropped more than 70% this year.

It was consumer-focused stocks that dominated on the Dow with Nike (NYSE:NKE) taking the top spot, while grilling up all-day breakfast rocketed McDonald's (NYSE:MCD) to the second spot. But, big box retailer Wal-Mart (NYSE:WMT) slumped nearly 30% due to declining sales. The company alone counted for three quarters of the Dow's decline in 2015.

While McDonald's got its mojo back, Chipotle (NYSE:CMG) felt a bit sick towards the end of the year after getting slammed by an E.coli scandal, hitting 50 people across the country. Chipotle ended the year near multi-year lows. Will they be able to see a comeback in 2016?

As oil tanked more than 30%, the trade to have made was an exchange traded fund -- SCO -- that's the proshares ultra short oil. It spiked 74%