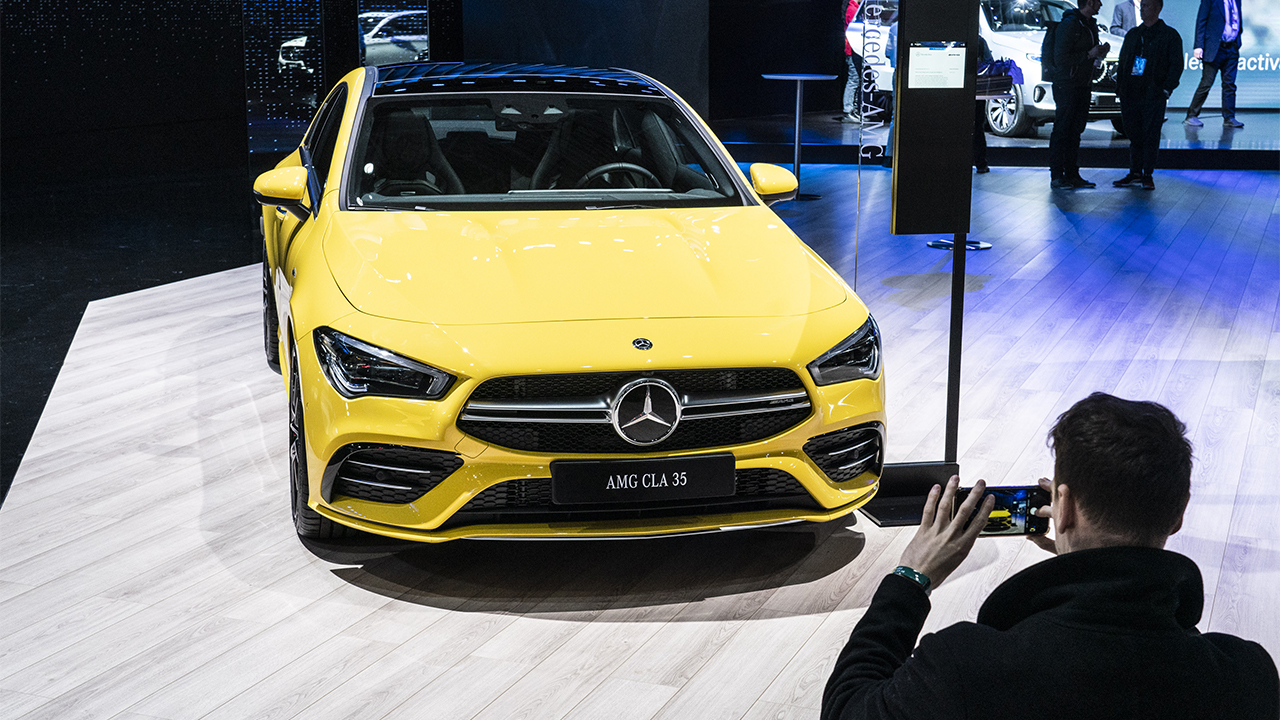 Carmakers have warned that European Commission proposals to cut average new car emissions in 2030 by 50% below 2021 levels threaten manufacturing jobs, which are heavily dependent on assembling combustion engine cars.

Overall demand for cars could suffer if ownership of electric vehicles was not made more attractive with more readily available charging networks, Brecht said.

“The political establishment should not decide on a green deal to tighten carbon dioxide emission limits unconditionally,” Brecht told Reuters. “There has to be a master plan for ramping up charging infrastructure. There are lots of small initiatives but there is nobody bringing it all together.”

Daimler has reviewed its strategy to free up resources to retool its factories and retrain workers to build low emission cars. (Natan Dvir/Bloomberg via Getty Images)

Earlier this week, the European Parliament voted in favor of a legally binding target for the European Union to cut its greenhouse gas emissions by 60% by 2030.

“Fundamentally its a good strategy, but ramping up electric mobility is problematic. We will not end up with the same number of employees,” Brecht warned.

Brecht said the carmaker has reviewed its strategy to free up resources to retool its factories and retrain workers to build low emission cars.