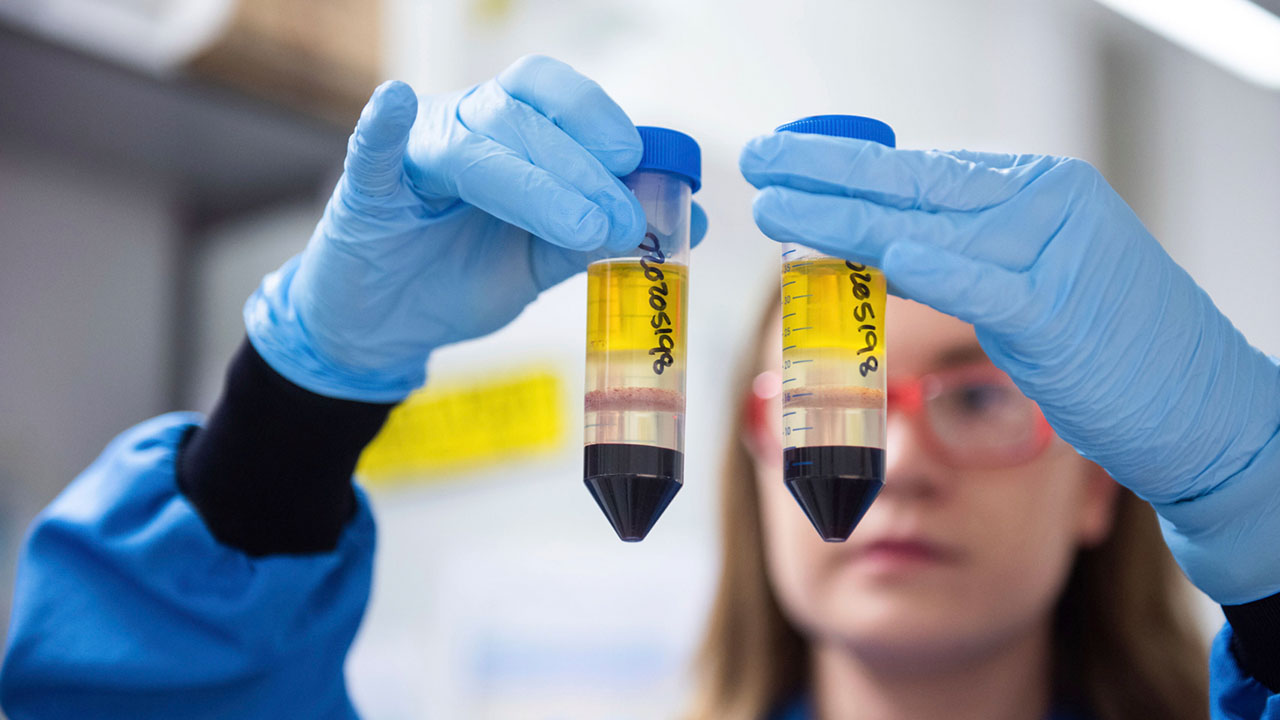 High-profile drug companies have turned to a quickly assembled network of smaller, lesser-known manufacturers to mount an unprecedented effort to produce Covid-19 vaccines.

The companies have been forced to rely on outside manufacturers world-wide because their new vaccine technology has never been used at industrial scale. Even drugmakers using more conventional technology are getting outside help because of the speed at which they need to ramp up production to meet orders for more than a billion vaccine doses next year.

"We're working harder and faster than we ever have," said Ger Brophy, executive vice president of biopharma production at Avantor Inc., one of dozens of third-party manufacturers that have been mobilized to make vaccine ingredients, combine them into finished products and fill them into vials. Dr. Brophy says the company's plants have added workers and night shifts to keep up with demand.

Moderna Inc.'s vaccine, which received emergency authorization from the U.S. Food and Drug Administration on Friday, and another from Pfizer Inc. and BioNTech SE rely on a new messenger RNA technology, named after the molecular couriers that deliver genetic instructions to a patient's immune system to fight Covid-19. That makes industrialization easier than for traditional vaccines, pharmaceutical experts say, because manufacturers don't have to work with live pathogens.

But to produce hundreds of millions of doses, manufacturers stitched together supply chains in a matter of months -- a process that usually takes years -- before clinical trials were even completed.

EEOC: EMPLOYERS CAN REQUIRE EMPLOYEES TO GET COVID-19 VACCINE

Some in the industry liken that endeavor to building an airplane while flying it. "Many of these airplanes have never been made before," said Dr. Brophy.

Avantor, based in Radnor, Pa., makes lipids that are formed into nanoparticles to carry fragile mRNA into human cells. Lipids have traditionally been sourced from animals, but the process isn't efficient for making hundreds of millions of doses, so the company has had to quickly increase its capacity for producing the substances synthetically from plants, says Dr. Brophy.

The rush to ramp up production meant that Recipharm AB, a Swedish company hired to help produce Moderna's vaccine, began instituting Moderna's directives for vaccine production without a final contract between the companies, jumping ahead of the usual legal formalities.

Mikael Ericson, general manager of a Recipharm plant in Monts, a town in central France, said it usually takes 12 to 36 months to begin production. "Now this will be done in two to three months, which is extremely challenging for everyone," he said.

Recipharm's plant in Monts plans to start shipping finished doses of Moderna's vaccine early next year. The plant is processing Moderna's active ingredient, which is being made by a different contract manufacturer, Lonza Group AG, at a factory 480 miles to the east in the Swiss Alps.

High-profile drug companies have turned to a quickly assembled network of smaller, lesser-known manufacturers to mount an unprecedented effort to produce Covid-19 vaccines. (Photo illustration by STR/NurPhoto via Getty Images)

The Recipharm plant's specialty is sterile injectable drugs, but it has never produced a vaccine before. Recipharm plans to operate its production lines 24 hours a day, seven days a week, said Mr. Ericson.

"Let's say you have some kind of hiccup with the supply chain, you will not be able to recover" lost production, said Mr. Ericson.

Recipharm is hiring around 65 workers and training them to work in the ultraclean conditions of its production lines. It is purchasing banks of freezers to store, under high security, the active ingredient and finished doses ready to be shipped. New mixing tanks will dilute the active ingredient with purified water and some other substances. Then the mixture will be filled into vials.

Pharmaceutical companies rarely outsource vaccine production, and in compressing the process there is little room for error. The U.S. government helps to fund and coordinate the manufacturing effort of many companies through Operation Warp Speed, an initiative led by the Defense Department and Department of Health and Human Services.

U.S. Army officers who specialize in logistics are embedded across nine manufacturers to ensure production runs smoothly and safely, helping to address problems as they arise, such as machines breaking down or obtaining equipment or raw materials, says Marion Whicker, deputy chief of supply, production and distribution at Operation Warp Speed.

Additionally, companies in the vaccine supply chain are subject to exacting regulations to prevent contamination. Over the past 16 months, a Bloomington, Ind., plant owned by Catalent Inc. that has been enlisted by Moderna to help make its vaccine was cited for multiple regulatory violations by the FDA, according to inspection reports reviewed by The Wall Street Journal. Inspectors in September observed workers not properly disinfecting their gloves and allowing sterile forceps to touch potentially contaminated surfaces, the report said. In October 2019, FDA inspectors found several violations in a different part of the plant related to the production of an injectable drug, including failing to follow proper sterile cleaning techniques.

Catalent says it fixed the problems identified by inspectors in 2019 and has presented an action plan to the FDA to correct shortcomings found in this year's inspection.

"Catalent takes all these observations seriously, and all are promptly addressed through corrective and preventative actions," the company said.

Lonza first made contact with Moderna in March, telling the Cambridge, Mass.-based drug company that there was a free building at its factory in the Alpine town of Visp that could be used for vaccine production. Ten months later, the building houses three production lines, each capable of making enough Moderna vaccine for 100 million doses annually.

AS PFIZER’S COVID-19 VACCINE ROLLS OUT, NEXT STEP IS GETTING PEOPLE TO TAKE IT

"You have to imagine, part of the building is empty," said Albert Baehny, chairman of Lonza Group. "In less than 11 months, you install a very complex, delicate manufacturing process with a completely new technology for a very delicate product."

Lonza has set up another production line at its facility in Portsmouth, N.H., with capacity to make 100 million doses for the U.S. market. The vaccine will be sent to Catalent's Bloomington plant for filling and packaging.

Pfizer is coordinating with BioNTech's contract manufacturers in Europe and completing the manufacturing process at its own facility, a spokesman said.

Pfizer is finishing and packaging its vaccine at a facility in Puurs, Belgium, to supply Europe, the only current source of production in the region. (AP Photo/Virginia Mayo)

Pfizer is finishing and packaging its vaccine at a facility in Puurs, Belgium, to supply Europe, the only current source of production in the region. But Pfizer's partner, BioNTech, has hired several contract manufacturers to quickly scale up production. One is Delpharm, a French contractor that is preparing to process and fill tens of millions of doses of the vaccine starting in April.

"The price was, for once, less important," Mr. Lepeu said. "The whole world is waiting for this vaccine. The priority of priorities was to have as much quantity as possible, as soon as possible."