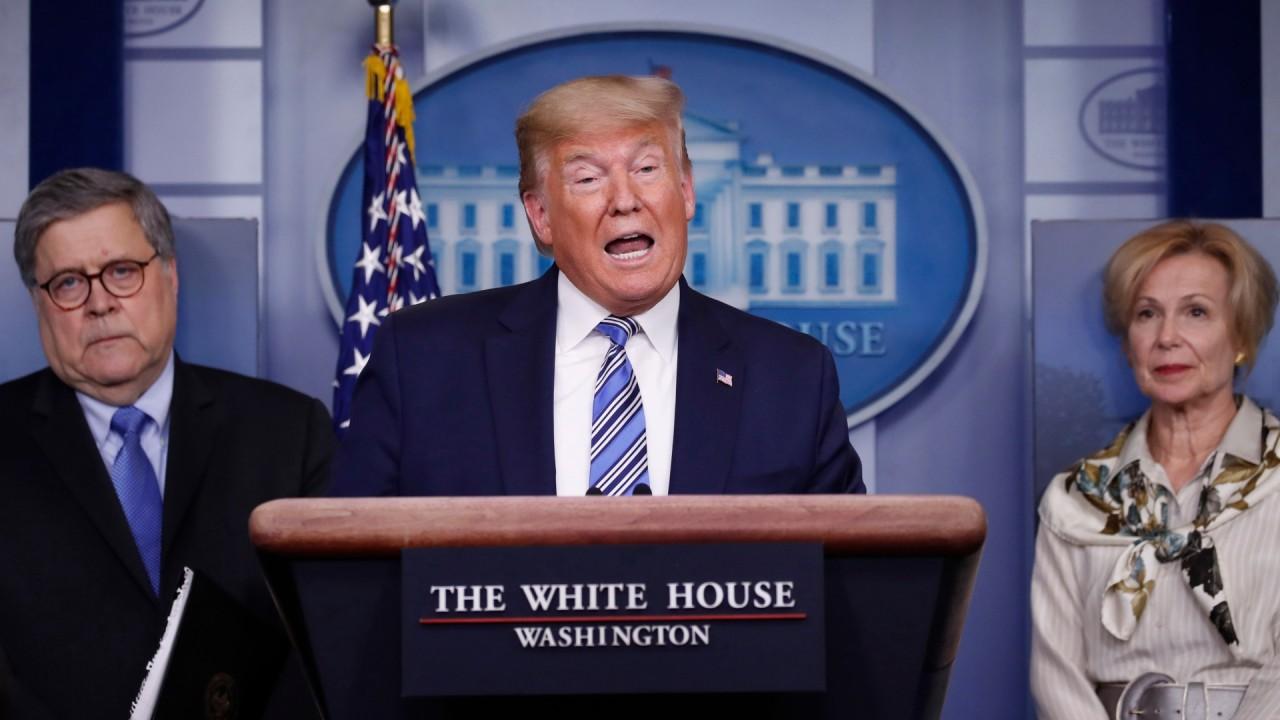 AUSTIN, Texas (AP) — Texas' lieutenant governor said Monday night that the U.S. should get back to work in the face of the global pandemic and that people over the age of 70, who the Centers for Disease Control says are at higher risk for the coronavirus, will "take care of ourselves."

Republican Lt. Gov. Dan Patrick made the comments while appearing on Fox News' "Tucker Carlson Tonight." Patrick, 69, went on the program after President Donald Trump said earlier Monday that he wanted the country getting back to business in weeks, not months.

WHAT IS THE DEFENSE PRODUCTION ACT AND WHEN HAS IT BEEN USED?

A spokeswoman for Patrick did not immediately return to an email seeking comment late Monday. Patrick went on to suggest on the show that there were lots of grandparents like him and that he doesn't "want the whole country to be sacrificed."

Health experts have made clear that unless Americans continue to dramatically limit social interaction — staying home from work and isolating themselves — the number of infections will overwhelm the health care system, as it has in parts of Italy, leading to many more deaths. While the worst outbreaks are concentrated in certain parts of the country, such as New York, experts warn that the highly infectious disease is certain to spread.

Patrick is a firebrand conservative and former talk radio show host who was elected to office in 2014. He was the Texas chairman of Trump's presidential campaign in 2016 and has pushed the Texas Senate that he oversees further to the right.

Texas has more than 350 confirmed cases of COVID-19 and nine deaths related to the virus. Republican Gov. Greg Abbott has resisted calling a stay-at-home order for all of Texas but local officials in Dallas and San Antonio have.

For most people, the coronavirus causes only mild or moderate symptoms, such as fever and cough. For some, especially older adults and people with existing health problems, it can cause more severe illness, including pneumonia. Worldwide, more than 375,000 cases have been reported, and while most people recover in weeks, more than 16,000 have died from the virus.