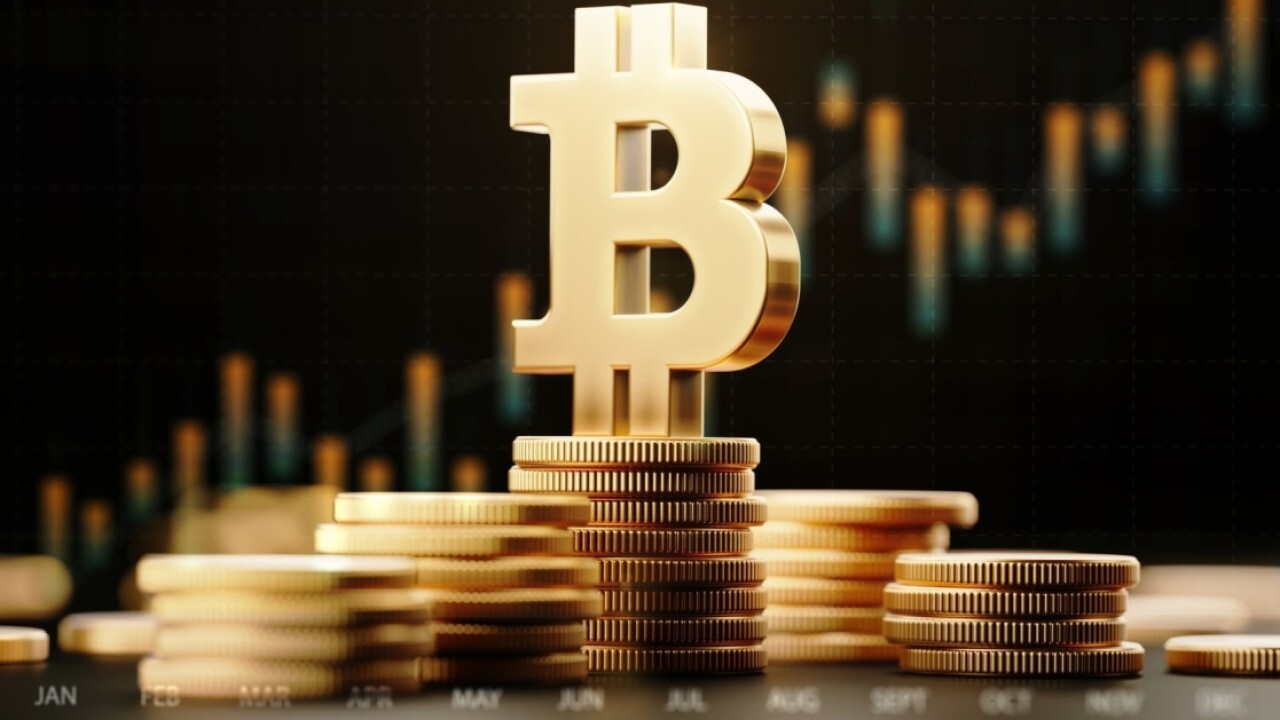 Coinbase IPO will 'bring cryptocurrency to the forefront': Sica

Shares of the San Francisco-based cryptocurrency exchange, which are now trading under the ticker COIN, opened for at $381 apiece, giving the company a valuation of about $99.5 billion. A direct listing allows a company to go public without issuing new shares and raising capital. The process allows current investors to begin selling shares once they begin trading on the exchange.

Circle Squared Alternative Investments founder Jeff Sica told FOX Business’ Stuart Varney on Monday that Coinbase may be the most important IPO of 2021.

"I see this as a bridge between the disruptive decentralized cryptocurrency market and the traditional market," Sica said. "This IPO will bring cryptocurrency to the forefront, take away some of the obscurity, and allow people to invest in what I believe is gonna be a very, very significant presence as an alternative currency in the future."

Below is a FOX Business roundup of important facts to know, mostly sourced from the company's SEC prospectus filing, before you invest your money in Coinbase.

CRYPTOCURRENCY INFLOWS HIT AN ALL-TIME HIGH OF $4.5B IN FIRST-QUARTER

Founded in 2012, it is a platform used to trade over 50 cryptocurrencies including Bitcoin. The company has 56 million users and serves 7,000 institutional customers and 115,000 ecosystem partners in over 100 countries.

In addition to providing an exchange to allow investors to easily trade cryptocurrencies, Coinbase also provides a digital wallet for investors to store their cryptocurrencies in. The company also offers a service called Coinbase Pro, which features advanced charting and more complex trading options.

As of December 31, 2020, Coinbase has generated over $3.4 billion in total revenue since its inception.

The company also reported 6.1 million monthly transacting users, trading volume of $335 billion, and over $223 billion in assets, including $122 billion in assets from institutions, representing a crypto asset market share of 11.3%.

Looking ahead at the full year for 2021, Coinbase expects monthly transacting users to range between 4 million and 7 million, depending on crypto market capitalization and crypto-asset price volatility.

How does Coinbase make money?

Over 96% of Coinbase's total revenue comes from transaction fees on its platform in connection with customers' purchase, sale and trading of crypto assets, according to the company's prospectus filing.

U.S. investors who use the platform will incur fees of 1.49% for conversions using a bank account or Coinbase's USD wallet, 3.99% for purchases with a debit card, up to 1.5% of any transaction, and a minimum fee of $0.55 for instant card withdrawals and a fee of $10 for wire transfers.

The company also generates revenue from subscription products and services, which fluctuate based on the price of crypto assets, and a 0.5% spread charge for crypto purchases and sales.

Risks of investing in Coinbase

Despite the advantages of its direct listing, investing in Coinbase also comes with its own set of risks.

The company said in its prospectus that its total revenue is "substantially dependent on the prices of crypto assets and volume of transactions conducted on our platform" and that 56% of its net revenue comes from Bitcoin and Ethereum transactions.

Coinbase warns that if cryptocurrency prices, demand or volume declines, its business would be severely affected. While the company has established security protocols, it also noted that there is always potential for cyber attacks or security breaches.

"We have experienced from time to time, and may experience in the future, breaches of our security measures due to human error, malfeasance, insider threats, system errors or vulnerabilities, or other irregularities," Coinbase wrote in its prospectus. "Unauthorized parties have attempted, and we expect that they will continue to attempt, to gain access to our systems and facilities, as well as those of our customers, partners, and third-party service providers."

In addition, Coinbase cites "significant regulatory uncertainty" as one of its major business concerns, noting that regulators around the globe have increased their scrutiny of digital currencies. The company recently agreed to pay $6.5 million to settle regulatory claims from the Securities and Exchange Commission that it reported misleading information about its trading volumes, though it did not admit to or deny the regulator's allegations.